Home >> Blinken: People in Ukraine and around the world are looking to us

Blinken: People in Ukraine and around the world are looking to us 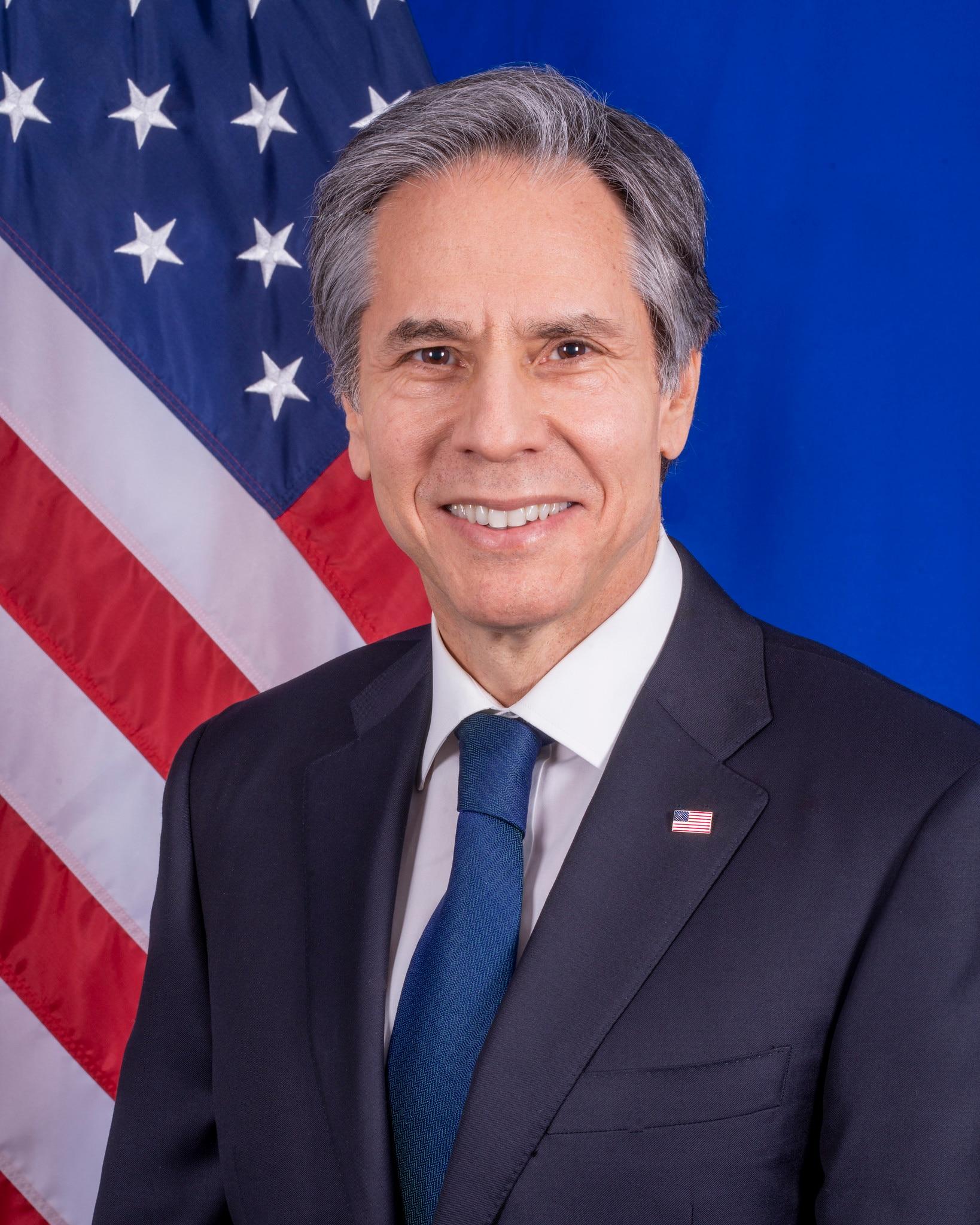 The following is the text of U.S. Secretary of State Anthony Blinken’s speech before the United Nations today:

More than at any other point in recent history, the principles at the heart of the United Nations Human Rights Council’s work – and the entire United Nations – are being challenged.

Russia is currently carrying out a premeditated, unprovoked, and unjustified attack on Ukraine, violating international law, flouting the core principles of international peace and security, and creating a human rights and humanitarian crisis.

Reports of Russia’s human rights abuses and violations of international humanitarian law mount by the hour.

Russian strikes are hitting schools, hospitals, and residential buildings. They are destroying critical infrastructure, which provides millions of people across Ukraine with drinking water, gas to keep them from freezing to death, and electricity. Civilian buses, cars, and even ambulances have been shelled. Russia is doing this every day – across Ukraine.

The UN High Commissioner said yesterday that Russia’s attacks had killed at least a hundred civilians, including children, and wounded hundreds more – and said she expects the real figures are much higher. And the casualties keep mounting, including the many civilians killed and wounded in Russia’s monstrous rocket strikes that hit an apartment complex in Kharkiv yesterday. Russia’s violence has driven over half a million Ukrainians from the country in just a few days, including children, the elderly, and people with disabilities, who are making harrowing journeys through conflict zones.

If President Putin succeeds in his stated goal of toppling Ukraine’s democratically elected government, the human rights and humanitarian crises will only get worse. Look at Crimea, where Russia’s occupation has come with extrajudicial killings, enforced disappearances, torture, arbitrary detention, the persecution of ethnic and religious minorities, and the brutal repression of dissent.

The Kremlin is also ramping up its repression within Russia – where, even before the invasion, it was shuttering human rights organizations and harassing, poisoning, and imprisoning anti-corruption activists and political opponents.

Authorities reportedly have detained thousands of Russians peacefully protesting the invasions, as well as journalists covering the demonstrations. Russian officials issued a warning to the country’s press that any reporting that refers to the assault as “an attack, an invasion, or a declaration of war” – in other words, that tells the truth – will result in media outlets being blocked and fined. And Russia’s Prosecutor’s Office said that any Russian who assists a foreign country, foreign organization, or international organization during its so-called “operation” may be imprisoned for up to 20 years.

These are the human rights abuses the UN Human Rights Council was created to stop. If the Council cannot come together now, when will we come together?

We must send a resolute and united message that President Putin should unconditionally stop this unprovoked attack, as the Secretary General and the High Commissioner have done, and immediately withdraw Russian forces from Ukraine.

We, the UN Human Rights Council, must condemn, firmly and unequivocally, Russia’s attempt to topple a democratically elected government, and its gross human rights abuses and violations of international humanitarian law. And we must take steps to hold the perpetrators accountable. The UN Council’s decision to hold an urgent debate on the crisis in Ukraine is an important step toward ensuring documentation and accountability, and I thank the many members who supported it.

We must underscore Russia’s obligation, even in its unlawful invasion, to respect international humanitarian law, including as it relates to the protection of civilians in the conflict.

UN Council members should stop using language implying that all sidesbear equal responsibility for the unprovoked attack of one side. This isn’t even-handed – it’s wrong – and fails to place accountability where it belongs. The same goes for UN members who argue, falsely, that denouncing human rights abuses is “politicizing” the situation. It is failing to speak up about human rights abuses that politicizes the situation.

We must reject Russia’s attempts to falsely justify this attack as a defense of human rights – misappropriating terms that we reserve for the worst atrocities and disrespecting every victim of those crimes.

Finally, we must press the Kremlin to respect the human rights of all Russians – including the right of citizens to peacefully express dissent and journalists to report the news – and provide information to the families of Russian soldiers, who deserve to know the fate of loved ones killed in President Putin’s war of choice.

One can reasonably ask whether a UN member state that tries to take over another UN member state – while committing horrific human rights abuses and causing massive humanitarian suffering – should be allowed to remain on the UN Human Rights Council.

Even as the UN Council focuses on the crisis in Ukraine, it is far from the only part of the world where the Council’s attention is needed.

In China, the government continues to commit genocide and crimes against humanity in Xinjiang against predominantly Muslim Uyghurs and other minority groups, and we urge the UN High Commissioner to release without delay her report on the situation there.

We must redouble our efforts to address the growing humanitarian crisis in Afghanistan, and press the Taliban to respect the rights of all Afghans, including by stopping the unjust detentions of women protestors and journalists, ending reprisals, and allowing all Afghans to be educated and work in every sector.

In each of these places, the UN Council must not only denounce abuses, but work to stop them and hold perpetrators accountable.

Yet at a moment when the world needs both moral clarity and unity from this Council, some governments are arguing that sovereignty gives countries the right to do whatever they want within their borders. It’s no coincidence that many of the governments making this argument are systematically abusing human rights – and have been eerily silent in the face of Russia’s flagrant assault on Ukraine’s sovereignty.

The UN Universal Declaration begins with the word “universal” because nations decided there are certain rights that every person, everywhere, is entitled to enjoy. Members of the UN Human Rights Council have a special responsibility to strengthen – not weaken – those rights.

One way to do that is by welcoming scrutiny of our own records. In September, the United States issued a formal, standing invitation to all UN experts who report and advise on thematic human rights issues. We urge every Council member to take this step.

We know that we have work to do to advance human rights at home. Every member does. What matters is that we all hold ourselves to the same standards, and work to address our shortcomings, as we are doing.

Here’s what else you can expect from the United States on the UN Human Right Council.

First, we’re committed to working with other countries, including those we don’t always agree with, to advance human rights, as members have seen in their engagements with our Permanent Representative to the UN in Geneva, Ambassador Sheba Crocker, and our new ambassador to the Human Rights Council, Michele Taylor.

Second, we’ve heard repeatedly that the United States has often focused more on strengthening civil and political rights than we have on strengthening economic, social, and cultural rights. People around the world are looking to us to do both – and we hear that call.

Third, we will continue to counter anti-Israel bias and the unfair and disproportionate focus on Israel on the Council. The Commission of Inquiry and standing Agenda Item 7 are a stain on the Council’s credibility, and we strongly reject them.

Fourth, we will keep fighting for the human rights of LGBTQI+ people; people with disabilities; members of racial, ethnic, and religious minorities; women and girls; and all marginalized populations and people in vulnerable situations.

In recent days, people on every continent have come out to demonstrate against Russia’s invasion – and for the rights of Ukrainians. They get that if we allow the rules of the international order to be flagrantly trampled anywhere, we weaken them everywhere. As an Estonian student protester put it, “If Ukraine is not a country… then [President Putin] can say Estonia is not a country either.”

We stand for these rules not in opposition to any government. But rather because we see our shared interest in striving for a world where all people, of all nations, enjoy human rights and peace and security. And because history has shown us the darkness and suffering that comes when these rules are abandoned.

People in Ukraine and around the world are looking to us to stand up and stand together. We must not let them down.