Until two weeks ago there was an outdoor diner fronting the seaport authority’s administration building. The place was known for its banana lumpia until a fire two Fridays ago burnt it to the ground.

To the fortune of everyone working on Cabras island, the islandwide power system, and to U.S. national security interests throughout this region, AR Sunriser Restaurant was all that burned. As Guam Fire Department inspectors were investigating the fire, they discovered and informed seaport management that the canteen sat on top of the fuel pipelines that take fuel from the tank farm on major distribution systems. One of the fuel pipelines serves Andersen Air Force Base. Another feeds the Guam Power Authority fuel tanks. The third goes to a fuel tank in Agat for the commercial needs of the island.

How did a restaurant, which uses propane gas and fire every weekday of the year, get a permit to operate on top of the island’s major fuel pipelines? Apparently it didn’t, according to information exchanged in internal correspondence at the Port Authority of Guam, and with Tristar Terminals Guam Inc., which owns the pipelines.

“Why was the building even allowed to be erected with a full service kitchen on top of a fuel pipe line and why didn’t our fuel manager express any concern?” Port general manager Rory Respicio wrote to Tristar official John Acfalle following Respicio’s discovery of the pipelines situation. Mr. Respicio was not the seaport leader, when the canteen was first allowed to operate on the seaport’s campus. “This could have been devastating,” his email to Acfalle continued, “if the fuel line caught fire. I am deeply concerned. We will not allow for this kind of nonsense to continue.”

Tristar’s general manager, K K Vikraman responded for the company, telling Mr. Respicio that his predecessor, Sen. Joanne Brown, allowed the canteen to operate with an illegal encroachment because of its famous banana lumpia.

“When we raised this issue with the earlier management of relocating this canteen, we were told ‘no,'” Mr. Vikraman wrote to the general manager. “We were under the impression that will be relocated during port expansion, since parking area was supposed to occupy that area as per the initial master plan. I am sorry to mention that even one of the excuses mentioned by the person earlier to you was that, ‘that canteen’s lumpia is so famous, even the judges from the court is their customer.’ We even asked for the DPW permit or any documents to show that the building was legally constructed. Later another port official admitted that was a makeshift cafeteria and later they encroached over the pipeline area.”

According to an October 4, 2021 letter from Mr. Respicio to the owner of the canteen, a GFD fire inspection determined the fire likely started in the ceiling, which tripped the breaker, that the structure was unsafe, and that someone “had ‘fiddled’ with the electricity to allow power in the building. GFD determined the building was unsafe and hazardous, and instructed the port authority to inform the restaurant owner to disconnect the electrical line immediately.

“As of this letter, there has been no permit filed with the Port that allows you to continue your operation,” Mr. Respicio wrote.

The letter served as formal notification that the restaurant’s month-to-month lease with the port authority will terminate effective November 1, and will not be renewed.

Mr. Respicio explained to the owner what Mr. Vikkaman had informed the port authority, which included Tristar’s request to Ms. Brown to have the canteen relocated away from the fuel lines. “They told us that former Port management denied their request, citing that ‘you make delicious banana lumpia.’ While it is true that you make delicious banana lumpia, there is no reason to justify allowing a full-service kitchen to operate on top of fuel lines. We can only imagine the tremendous loss of life and property that would have occurred had these fuel lines caught fire and combusted. 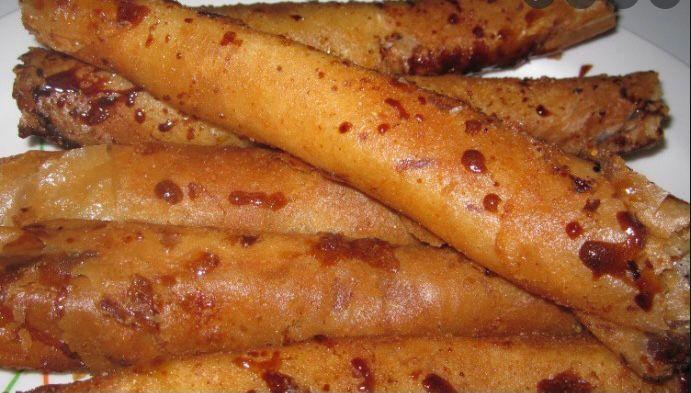 Indeed, Cabras island often is referred to as the lynchpin of the military buildup; its operations so critical to national security that any slow down in its operations will have devastating effect on the ongoing construction and movement of equipment and supplies. This is not to mention the catastrophic effect a temporary seaport closure resulting from an explosion will have on day-to-day commerce for the civilian population.

Guam residents and military servicemen and women experienced the real-life terror of a closed seaport for weeks following December 8, 2002, when the island’s fuel supply went up in flames, closing Cabras island in the wake of Supertyphoon Pongsona. Within a week the island’s gas stations – which had to ration its supply – ran out of fuel. Potable water had to be pulled in by barge from the CNMI. Store shelves – already dark and without refrigeration from the months-long islandwide blackout and the lack of fuel for generators – nearly ran out of food. For days, it was unclear when the seaport would have been able to accept ships to relieve the food, water, and fuel shortage.

Late in the evening of Friday, September 24, 2021, and thanks to Ms. Brown’s recklessness and disregard for the law, that nightmare could have repeated… and it might have been worse.

Thankfully, the only thing Guam lost was delicious banana lumpia. We hope the canteen is able to recover and reopen; just not on top of the fuel lines.