The following is a news release from the CNMI Democratic Party: 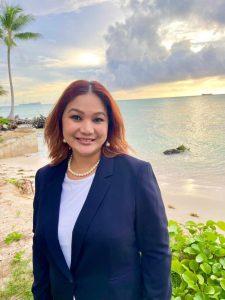 The Democratic Party of the Northern Mariana Islands Central Executive Committee announces its endorsement of Corina L. Magofna as the party’s candidate to the House of Representatives in the upcoming Special Election for Precinct 3.

The Governor has yet to publicly announce the Special Election but signed the Proclamation on Aug 19, 2021. Early voting will be held from October 9 – 15 with the Special Election to be held on Saturday, October 16, 2021. The Commonwealth Election Commission will announce designated polling places soon.

In anticipation of the Gubernatorial Proclamation signed last week, a call for the Special Election due to the untimely passing of the late Congressman Ivan Blanco’s unfinished term, and pursuant to the election results in Precinct 3 last November 2020, Corina Magofna was just 34 votes short of securing victory. Due to its voter’s demographic composition, Precinct 3 is one of the most difficult precincts for a Democrat to secure victory. For Corina to come this close to taking the last seat speaks volume of her constituents’ trust and confidence in her credibility and electability.

Democratic Party Chairwoman Nola Kileleman Hix says “Corina was ready to serve in 2020, and did not hesitate to reach out to the party to confirm her willingness to run again in the upcoming Special Election. Aside from our party’s endorsement – she has overwhelming support from several members of our communities, and all of the candidates who ran in 2020 including our elected Democrat leaders. I’m excited for her tenacity and optimism in restoring fiscal responsibility to our CNMI Government. On behalf of the party I ask the voters of Precinct 3 to allow her to represent them with their votes of confidence, as I am more than confident she will make the CNMI proud”.

Democratic Party of the NMI Central Executive Committee member and Precinct 3 voter Jesus M. Elameto says “I support Corina Magofna for her willingness to help our people. We need to give her a chance to serve because we definitely need a person with a financial background to be accountable for our public funds”.

“Corina is a strong, intelligent woman with financial analytics that I’ve seen her apply during last year’s campaign trail. Her expertise and ideas are needed and I ask all of our supporters and Precinct 3 voters to reach out to their family and friends for their votes on October 16”, said Democratic Party of the NMI Secretary, Luella Marciano.

Central Executive Committee Member and Senator Edith Deleon Guerrero says “Corina has no other agenda than to work for and in the best interest of our people. Our people deserve public servants like Corina”.

For more information you can contact Corina L. Magofna on Facebook or email her at [email protected]

Corina has been actively participating in leadership activities and will be facilitating tonight’s virtual town hall event with the Democratic lawmakers of the House and Senate along with Speaker Edmund Villagomez. The Town Hall event will begin at 5:30 PM on the Democratic Party of the Northern Mariana Islands Facebook Page and online participants will be able to submit questions and comments live.

The virtual town hall is part of a series of public meetings aimed at improving the transparency and accessibility of the CNMI legislature. Democrats are keeping their promise to regularly engage with constituents, report on activities in the legislature, and listen to concerns. In May, the lawmakers led town halls in all seven precincts across Saipan, Tinian, and Rota. The August 25 event will be the first online town hall using social media.