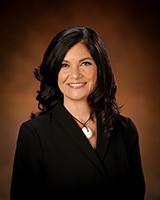 The doctors who control Guam’s medical industry want to delay an effort by Speaker Therese Terlaje to require their transparency and hold them accountable.  Ms. Terlaje, the chairwoman of the legislature’s health committee, introduced two bills a month ago that will require stricter controls on the Guam Board of Medical Examiners. The GBME is the body that licenses and polices medical doctors and has been the subject of recent controversy for allegedly protecting doctors accused of malpractice.

On June 16, Ms. Terlaje introduced Bill No. 317, which would amend the law requiring the GBME to publish on its website certain information about doctors. The speaker wants the GBME to be required to publish information on doctors who have unresolved accusations against them pending board adjudication. Two days later, the speaker introduced Bill No. 318, which would limit the power some doctors have in the GBME by further limiting the terms they can serve on the GBME and reducing the number of doctors who can serve on the board and replacing that person with a public member.

The bills were publicly announced a month prior to the speaker’s call for a public hearing on the measures, which will take place this coming Monday at 1 p.m. at the Guam Congress Building. In noticing the hearing, she invited the GBME chairman, Dr. Nathaniel Berg, and the other members to provide testimony. Though the bills had been available for a month now, Dr. Berg asked the speaker to delay the hearing until August, in the middle of the legislature’s budget deliberations, so the GBME could discuss the measure collectively in its next meeting, which is scheduled for July 20.

In a response letter to Ms. Terlaje dated July 13, Dr. Berg wrote, “Both bills merit serious consideration and discussion by the Board. However, having received the invitation only yesterday, there is insufficient time for the Board to comply with the notice provision of the Open Government Law in order to place these items on the board’s next available agenda for discussion so that the Committee may have the Board’s considered response.”

Dr. Berg suggested moving the hearing to mid-August.  Ms. Terlaje declined.  “I urge the individual Board members to do their best to try to attend these hearings to provide feedback and be part of the discussion in the same manner that many stakeholders will be taking time out of their days to do,” Ms. Terlaje wrote.

There has been a public outcry for the GBME to resolve several malpractice complaints before it.  Stakeholders have also submitted written testimony on the bills and informed the committee of their intention to attend the public hearings.  The issues the bills intend to address are long-standing ones, for which many stakeholders have called upon both the board and the legislature to address and have been heavily discussed in oversight hearings by the committee and GBME board meetings.

In written testimony submitted to Ms. Terlaje in support of Bill 317-36, a concerned citizen said Bill No. 317 would “more adequately meet the needs of consumers who are stuck having to rely on their own research as to whom to see medically, especially since the lack of accountability and transparency has kept negligent doctors cloaked from the public.

“The Guam Board of Medical Examiners has a documented history of licensing doctors with medical negligence or sexual misconduct histories then bringing these doctors to Guam where the sins of their known actions are repeated on unsuspecting Guam residents, resulting in negative long-term impact or worse damage.

“Bill 317-36 will offer any consumer in Guam the opportunity to have a much clearer look at the profiles of the medical professionals who treat them or their loved ones. With Bill 317, there will be less hiding of medical negligence etc. to protect doctors and more protection afforded to the people of Guam.”

In a separate testimony in support of Bill 318-36, the citizen explained, “With all the reported problems of the Guam Medical Examiners Board, consumers will know that conflicts of interest and other issues that exist will be mitigated by changing Board members.

“The most exciting aspect about Bill 318 is adding another member from the public.  Public board members help to restore public trust and helps to underscore the medical board’s independence from special interest groups. In Guam, there is a growing perception that the medical board is beholden to physicians, rather than the public it serves to protect.”

“It was exciting to read about consumers or the public on medical Boards and the value that they play, which is lost at the GBME … Public members with diverse backgrounds and broad experience in community organizing can lead board efforts to inform underserved communities about the resources boards offer. The current Board and public member have not reached out to underserved people in Guam.  Micronesians on island have no idea that the Board exists, neither does the community at large except for the negative press. I have spoken to so many that have no idea about the Board. To be honest, every clinic on island should have Board pamphlets with information.  The public person or people could and should connect the Board to the community.”