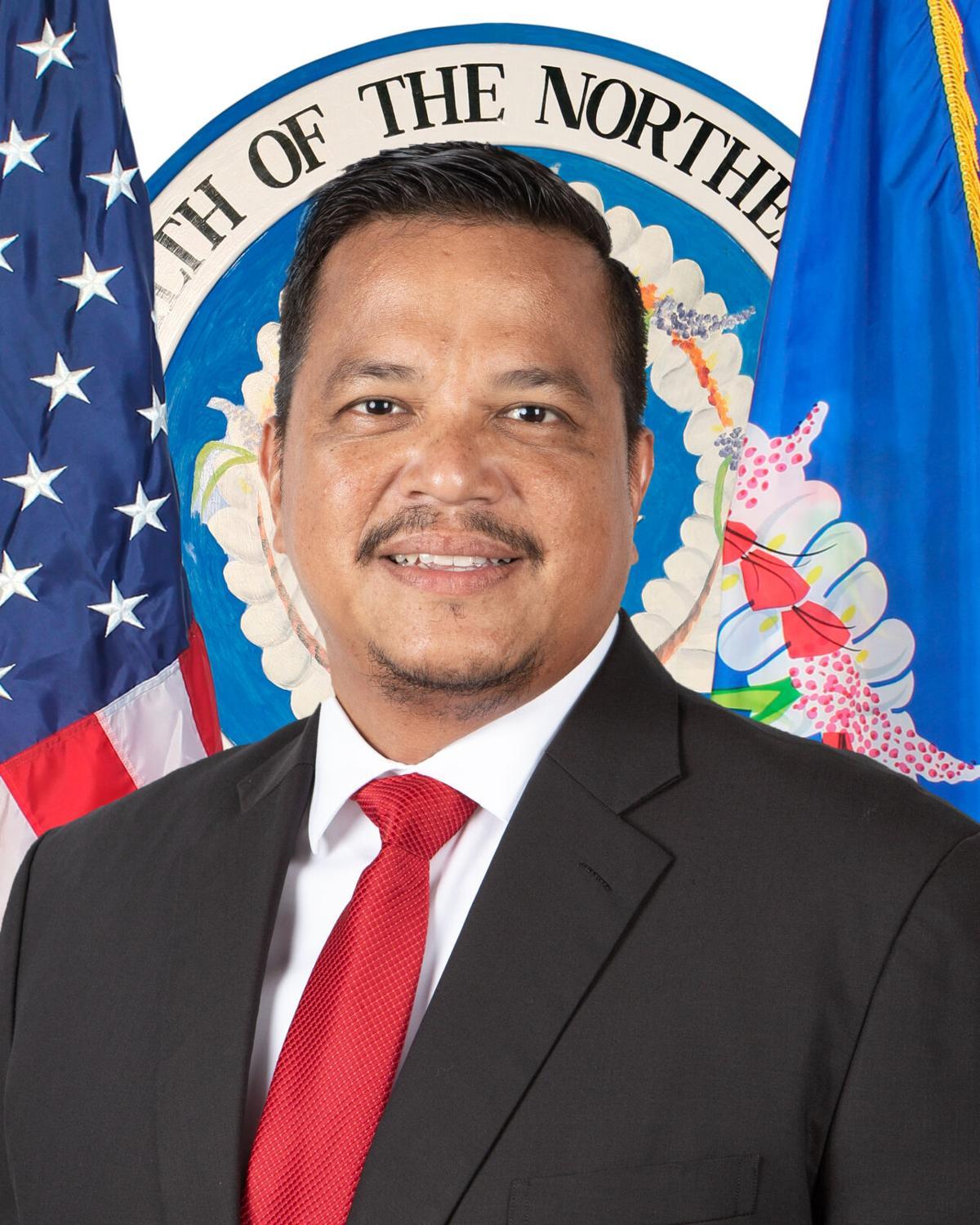 A majority of the members of the Commonwealth Legislature are calling out Senate President Jude Hofschneider for wielding his power in the Senate to block a proposal to grant bonuses to CNMI retirees. Democrats and independents in both the House and the Senate have been trying to get the bicameral legislation passed, but Mr. Hofschneider continues to insist on including a legislative and unrelated rider to the bill that will give the governor broad fiscal transfer authority.

What follows are two statements. The first is from independent Sen. Paul Manglona, and the second is from the CNMI House of Representatives:

With the Senate scheduled to act on another joint resolution to address the legislative disconnect over the retiree bonuses, Senator Paul Manglona (I-Rota) calls upon his fellow elected leaders to quit playing games and honor their respective commitments to the Commonwealth.
After two failed attempts to create an unfunded business unit for the retiree bonuses promised by Governor Ralph Deleon Guerrero Torres in December, Senate President Jude U. Hofschneider (R-Tinian), pre-filed Senate Joint Resolution 22-09, to grant the Governor’s request to reprogram $2.6-million dollars from within the executive branch.
Senator Manglona says this effort is destined for failure yet again because the legislation contains the same fatal flaws as its predecessors, unfunded business units.
“What game are we playing that we’re going back to another resolution again? Are we seriously trying to delay this further? We already know we can’t get the bonuses to the retirees through the creation of an unfunded business unit,” Manglona says.
Sen. Manglona says the Senate leadership is actively working against the passage of the proposed retiree bonus by preventing the two houses from working together to resolve the outstanding issues.
“Our retirees are forced to wait again and again because the Senate leadership would rather play politics than appoint conferees to do the real work of the legislature,” Manglona says. “How can we expect to get the cooperation of the House to get this passed when Senate President Hofschneider flat out refuses to even name conferees to discuss the matter? This is not what our forefathers wanted from us when they created our Commonwealth.”
The Senate is scheduled to act on S.J.R. 22-09 on Thursday, March 10, for the session in Tinian at 1:30pm.

After Senate President Jude U. Hofschneider declined to appoint conferees to address the issues related to funding the retiree bonuses, the CNMI Senate is poised to act on legislation that will once again prolong the disconnect on Capitol Hill.
Pre-filed by Senate President Hofschneider and co-authored by five others, Senate Joint Resolution 22-09 aims to approve “the Governor’s request to create a new program and business unit for retiree bonuses and to reprogram $2.6-million dollars from within the executive branch for the payment of the retirees’ $1,000.00 bonuses.”
According to House Speaker Edmund Villagomez (I-3), the latest Senate proposal once again misses the mark.
“I thank the Senators for their removal of the 100-percent reprogramming authority, but their latest proposal still does not identify funding sources and still contains a fundamental flaw that prevents our retirees from getting their bonus,” Speaker Villagomez said. “Even if it was proper to create a business unit via Joint Resolution, absent any funding in that business unit, nothing can be reprogrammed into it. The business unit is just that, a business unit that’s inactive. At the end of the day House Bill 22-91 and House Bill 22-95 are the only acts of legislation that will allow any retiree bonus account to operate.”
In February, House Ways and Means Chairman, Representative Donald Manglona (I-7), pre- filed bipartisan House Bill 22-95 which allocates the initial $1.3 million identified in H.B. 22-91 from provisions that were originally passed by both the House of Representatives and the Senate but line item vetoed by the governor. The updated bonus also includes an additional $1.3 million reappropriated from the governor’s discretionary account, the Office of the Governor and the Department of Finance to effectively double the previously proposed bonus for CNMI retirees with $2.6 million specifically identified local funds.
House Vice-Speaker Blas Jonathan Attao pointed out that the unfunded business unit was not the only flaw in the latest Senate proposal.
From S.J.R. 22-09:
“the Planning and Budgeting Act, specifically 1 CMC § 7402((d), provides for other reprogramming and states that “[t]he Governor may request the legislature for authority to reprogram funds other than such reprogramming as is authorized by subsections (a), (b) and (c) of this section in the following manner: (1) Such requests shall be submitted inwriting by the Governor or his authorized designee to the presiding officers of the House and Senate. Such request shall be subject to approval by joint resolution,”
Despite the specifically identified notification process detailed in the law, the proper notification of this request from Governor Ralph Deleon Guerrero Torres was never made to the House of Representatives.
“We have two Houses in the Legislature. Senate President Jude Hofschneider is not the only presiding officer. We have Speaker Villagomez and the Secretary of Finance’s letter did not notify our Speaker,” he said.
CNMI retirees were initially promised bonus payments from the Executive Branch when Governor Torres announced his plan for a Christmas Bonus in his government-paid media availability interview December 2021. The Planning and Budgeting Act, Title 1, section 7402 of the Commonwealth Code provides the governor 25-percent reprogramming authority.
In his briefing to the House Ways and Means Committee in February, Secretary of Finance David Atalig confirmed the governor could have allocated the $500 retirement bonus back in December under the Planning and Budgeting Act, Title 1, section 7402 of the Commonwealth Code provides the governor 25-percent reprogramming authority, had he only approached the Legislature to establish a business unit. Secretary Atalig also confirmed the Governor could have approved the $1,000 bonus because he had $2.6 million in reprogrammable funds available to him.
“The simple fact of this matter is Governor Torres could have dealt with this months ago on his own under his reprogramming authority. Instead of giving the retirees their bonus, he’s put the House and Senate at odds with each other to distract our community from his flagrant abuse of our limited local funds,” Manglona said. “He’s supposed to be the Governor of our Commonwealth and leader of our people, but he continues to prove his only intention is to divide us while he continues to plunder what’s left in our coffers.”
TWO MONTHS LATER, GOVERNOR AND SENATE YET TO ACT ON NEW ROUND OF CNMI ECONOMIC IMPACT PAYMENTS
In January, the House unanimously passed House Joint Resolution 22-12 to strongly encourage and endorse the issuance of a new local stimulus payment of $500 per resident and $500 per dependent.
Introduced by House Health and Welfare Chairwoman, Christina Sablan (D-2), the bipartisan joint resolution followed eligibility guidelines from the previous federal stimulus packages for households that met adjusted gross income guidelines of up to $75,000 per individual or $150,000 for married couples.The Senate has yet to act on H.J.R. 22-12, and Chairwoman Sablan the says the CNMI residents could receive a new round of local stimulus payments immediately, as the proposed funding falls within Governor Torres’ expenditure authority with funds received under the American Rescue Plan Act.
“The governor knows this is an allowable use of the ARPA funds. He should prioritize the new local stimulus to help residents who really need it, instead of prioritizing paying $500 to tourists,” she said.
H.J.R. 22-12 also strongly urges the economic impact payments to be made directly to qualified households instead of limiting spending options to local vendors that accepted Visa debit cards, as with the previous local stimulus distribution.