Home >> Loyalty pays… with hiring and pay raises… with your money. So, you’re paying for their loyalty

Loyalty pays… with hiring and pay raises… with your money. So, you’re paying for their loyalty 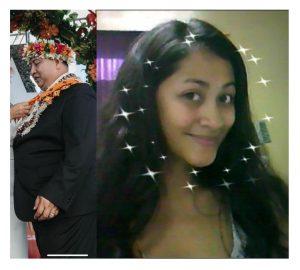 Ten Torres administration officials, under 14 different personnel actions throughout the pandemic, were hired, promoted, and received sizable pay raises, all during a time, when senior policy advisor Robert Hunter was admonishing those impatient with the rollout of unemployment funds.
Among the hires was Mr. Hunter’s wife, Armi Hunter, whose salary jumped 60 percent within two-and-a-half months of a promotion she received. According to documents, the Office of Personnel Management on October 19, 2020 began processing Ms. Hunter’s promotion from Revenue Agent III at the Department of Finance Secretary’s Office to Technical Financial Analyst making $31,350.24 per year. According to the personnel action, which was signed by the acting director of personnel management on November 18, 2020, she was to receive a pay increase “upon lifting of Austerity Measures.”
Two months later, on January 26, 2021, the Governor’s Office began the paperwork to hire her at $50,000 per annum. The personnel action was signed February 2, 2021, and was made retroactive to January 3, 2021.

Two PIOs at the Governor’s Office

Several pay raises at the Governor’s Office given to relatives

Heather Lynn Stole, who already was working at the Governor’s Office, received a pay raise from $40,000 to $50,000 per annum. The raise was made retroactive a full three months from the personnel action date.
Vera T. Pangelinan, the first lady’s sister, also got a $5,000 pay raise. Since October 1, 2020, she has been making $50,000 a year. Her personnel action did not begin until December 2, 2020, according to the documents.
David Rod R. Sablan, whose sister is part of Mr. Torres’s cabinet, received a 25 percent pay raise made retroactive to October 1, 2020. His personnel action, which was not effective until December 30, 2020, states he now makes $50,000 per annum.
The governor’s niece (his brother and the first lady’s sister’s daughter), Tiana T. Reyes, received a nearly-20 percent pay raise at the Governor’s Office. The personnel document was not signed until March 18, 2021, but it makes the pay raise to $40,000 a year effective three months earlier, on January 17, 2021.

Arguably the most obnoxious of the personnel actions – three out of the 13 – benefitted Governor’s Authorized Representative Patrick Guerrero. Mr. Guerrero is the person, under federal law, who must answer for the administration of federal emergency funds. In several of the documents Kandit uncovered relating to the questionable emergency procurement of International Royal during the public health emergency, Mr. Guerrero was a signatory.
According to the earliest personnel action, the governor promoted Mr. Guerrero effective “04/214/2020,” as the GAR and increasing his salary from $55,000 a year, to $65,000. On April 21, 2020, the Office of Personnel Management issued a correction PA, which changed the chargeable account for the payment of his salary from D8617A.61100 to M4404Z.61100.
The source of his pay changed again effective October 1, 2020, where the last mentioned account fund was charged for 50 percent of his salary, and a new account, M4511Z.61100 was charged the balance. His pay also increased in that personnel document to $70,000 per annum.
You can view the personnel actions in the document below:
NOPA
85
Share
FAVORITES
By Troy Torres Posted on: Sunday, 08/08/2021 4:46 PM CNMI Corruption Money 0 comments
85