(Note: The late Gov. Carlton Skinner is pictured below. Mr. Skinner conveyed property encompassing about one-third the land area of the island to the U.S. Navy the week prior to the signing of the Organic Act in 1950. The 18 lots making up the 102 acres in Fadian, where the governor wants to build the medical campus, was part of that land taking) 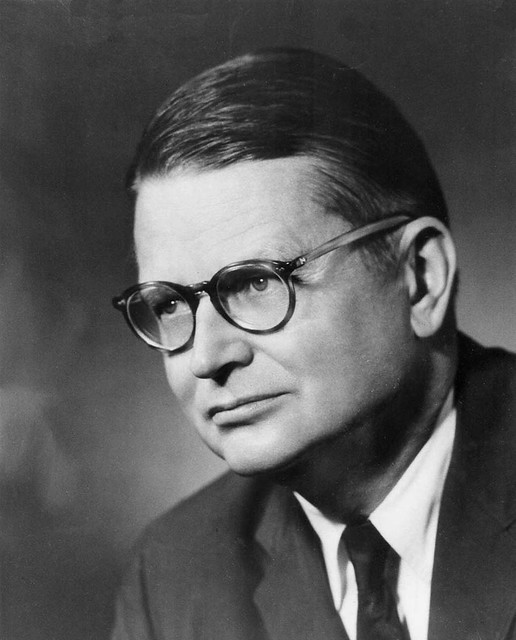 Joint Region Marianas, the U.S. military’s command center for Guam, responded to 14 questions Kandit sent regarding the controversial proposal for the lease of land at and around Eagles Field for Gov. Lou Leon Guerrero’s planned medical campus. Instead of answering any of the questions directly, JRM public affairs officer LCDR Katie Koenig sent a 10-sentence general reply.

Below we provide you Kandit’s 14 questions and Ms. Koenig’s reply:

From Kandit to Joint Region Marianas:

I am sure you have seen some of our coverage and other media coverage related to the Navy and governor negotiating a license / lease for lands in and around Eagles Field in Barrigada. Specifically, negotiations the Navy has been actively participating in for a license and eventual lease of lands so the government of Guam can eventually use these lands for what has been commonly referred to as the “Healthcare Center of Excellence.” The three developments planned for this center includes a new hospital for the people of Guam.

We have received various documents from the governor in response to our FOIA request. Many of these documents clearly show representatives of the Navy in active negotiations with not only the governor but members of her staff and various government of Guam agencies. These documents raise numerous questions including questions we would like to ask the Navy and hope in the interest of transparency and community relationships, you would answer the following questions:

3. Is it the Navy’s position that it can simply ignore Guam’s Ancestral Land Laws?

4. In a letter to the Governor, the Secretary of the Navy stated lands commonly known as Eagles Field and surrounding lands were being deemed excess to the needs of the Navy. Why did the Navy take a different route in the disposition of these lands compared to all other Navy excess lands for decades that were conveyed to the government of Guam than subsequently conveyed by the Ancestral Lands Commission to the heirs of original landowners?

5. Despite the Secretary of the Navy writing about these excess lands, why did the Navy then proceed to negotiate a license and / or lease of these lands to the government of Guam instead of respecting the intent and purpose of Guam’s Ancestral Land laws?

6. Did any Guam Navy representative notify any representative of the Secretary of the Navy office that these lands were subject to Territorial laws and ancestral land claims?

7. Documents provided to us by the governor indicates that there potentially is toxic waste within these land areas. When did the Navy become aware of the potential that these toxic waste existed on these lands?

8. Why has the Navy not completed an EIS or EA on these lands?

9. Under the National Environmental Policy Act, did the Navy ever reach a conclusion as outlined in federal law that the development of the Healthcare Center of Excellence on these lands did not constitute a major governmental action?

10. Historically when the Navy dumped toxic waste on Guam, the Navy included indemnification clauses in documents that relieved the Navy of any clean up costs associated with toxic waste itself dumped. Assuming this license and / or lease negotiations continue with the governor, will the Navy agree to pay all costs related to any hazardous waste clean up if found on these lands?

11. I am sure you are familiar with the recent United States Supreme Court case titled Territory of Guam vs United States of America which found that the Navy is accountable for its share of the toxic waste clean up cost at Ordot Dump. Do you know if the Navy considered this decision when negotiating the license / lease with the governor?

12. Do you know if there are any inventory lists of toxic material or hazardous material dumped by the Navy on or around Eagles Field?

13. Do you know if any studies have been done which provides for the cost of clean up of toxic waste in and around Eagles Field? If there are such studies what amount do they show for the clean up cost?

14. Why has the Navy not held any public hearings or even press conferences regarding anything related to these lands?

From JRM’s Ms. Koenig in response to Kandit’s 14 questions:

“The Navy is committed to improving the quality of life for the people of Guam and the military personnel who call Guam home. We have secured and will continue to seek funding for infrastructure upgrades directly and indirectly associated with the military build-up and will continue to advocate for federal investment in Guam’s other socio-economic needs.  As such, the Department of the Navy is committed to working with the Government of Guam to provide a location for a mutually-beneficial community health care complex. A potential site has been identified in the village of Mangilao in the vicinity of Eagles market on Rt 15.  The DoD works with the Chief Executive of the Territory of Guam for all potential land transfers, easements or leases.

“The DoD assesses all of its real estate holdings annually to determine if further analysis is required to designate it as either under-utilized or excess. The current and future mission growth in Guam are forcing the DoD to relook at all parcels that were previously deemed excess. Once land is on the excess list and resources have been spent on the disposition process, the DoD rarely reevaluates that land for DoD utilization; however it does reserve the right to reverse that action up until the point of transfer.  Environmental preservation and protection is a top priority for the DoD and we will ensure full compliance with all legal real estate assessments to include an Environmental Conditional of Property and National Environmental Protection Act documentation, as required.

“We look forward to working with the Government of Guam to facilitate the new Healthcare Center of Excellence which, we believe will provide quality service for the entire Guam community.”