Home >> Opinion: This is the insurance carrier I’d choose if I were a GovGuam employee or retiree

Opinion: This is the insurance carrier I’d choose if I were a GovGuam employee or retiree 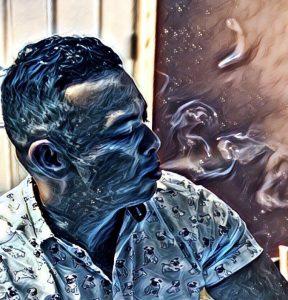 What insurance carrier should you choose for your medical needs in Fiscal Year 2022?

In a previous show of Kandit News, I offered – as a former GovGuam employee of years – to take a look at the medical insurance plans TakeCare and SelectCare will be providing you, and give my opinion about which is better. If you care about my opinion on this, keep reading; it’s just my opinion, but it is informed.

Many of y0u have been been our readers and followers from the earlier and messier days of Kandit. So, you know we take sides. You understand we investigate for the truth, report it, and tell you what we think. I suppose it’s part of our charm. You’ve come to rely on us to be honest.

I haven’t seen the insurance packets from the carriers yet, as I’m told GovGuam must first approve them, but there are some general comments I can make to help as you formulate your decision on which to choose between TakeCare and SelectCare. These are based on my experience as a GovGuam employee between 2003 and 2017.

Without seeing those packets for FY2022, and only taking into consideration my personal experience and what I know as a former Adelup insider, I’ll tell you, unequivocally, that SelectCare has always been the superior medical insurance company.

I know. Didn’t think I’d write that, did you? I’m just being honest. Some have asked for my advice on this, and the last thing I want to do is to ruin that trust with politics or my previous comments about SelectCare’s owners.

According to the rate sheets released by the Guam Department of Administration, individuals, couples, and families will pay more biweekly if they choose SelectCare. From my experience, it’s worth it.

When I first worked for GovGuam the Cadillac of insurance carriers was PacifiCare. I chose it because my dad carried us on that plan through his federal job, and we never had to worry if something happened and we needed medical care. That’s the kind of insurance company you want and need, even if you think you’re healthy. Indeed, I was 23, when I chose PacifiCare; and I was making only $15,000 a year as a staffer in the Governor’s Office. But, I chose to pay more than $64 each pay period for the best insurance.

There was this big standoff between the attorney general and the insurance carriers the following year, and PacifiCare pulled out. The company eventually was bought out and became TakeCare. And it changed. After the chaos, the Calvo family decided to get into the GovGuam medical insurance business, and SelectCare entered the scene. I chose it every year, but one, since; and came to regret that one year I chose the plan other than SelectCare.

From the jump, it provided the best plans and, more importantly, came to be known as the health insurance carrier sick people could depend on.

Has that changed? SelectCare has been out of the GovGuam game since Aetna took over the contract exclusively this past fiscal year. I highly doubt the company’s culture has changed in so little time, especially since it has bid on this year’s non-exclusive arrangement with GovGuam.

The culture I’m talking about is one familiar to anyone who has been sick and has had to use their SelectCare insurance. The company covers what they say they cover, and there’s no hassle about it. You don’t have to wrangle with any insurance company reps after hours on the phone and backroom visits with the accounting department. As a matter of fact, SelectCare has been so client-friendly over the years, that it’s your doctor’s clinic that interacts with the insurance company without there ever being a question about the care you received. It is actual insurance.

And it’s been more than that, when I and others have needed it to be. Sometimes, people run into medical situations that aren’t talked about in your insurance plan. That’s happened to me a few times. And 100 percent of the time, SelectCare has approved coverage within 24 hours of clinic request.

Probably the biggest take away from this opinion piece is this: that I, of all people, authored it.

Choose well, dear friends in and retired from GovGuam. Open enrollment period for employees, retirees and their dependents begins on September 1 and ends on September 25.