Home >> Players in the governor’s secret land deal: Why are they hoping for non-detailed environmental studies?

Players in the governor’s secret land deal: Why are they hoping for non-detailed environmental studies?

Several questions linger about Gov. Lou Leon Guerrero’s plans to build a $1 billion medical complex on Naval land already claimed by ancestral owners in Mangilao near Eagles Field. Among them are whether unexploded bombs and other toxic waste exist on the land.

According to documents, 18 families – the heirs of the pre-condemnation owners of the land, where the governor wants to build a new hospital, a new behavioral and wellness center and a new public health building – have made claims to the land. As previously reported, the Secretary of the Navy in January informed the governor he intended to declare the land excess and prepare for return to GovGuam. According to Guam law, once that happens, processes take place to quitclaim the land to the heirs of the original landowners. Rather than accepting the pivot toward declaration, the governor has instead decided to negotiate a 100-year lease with the Navy for that land, circumventing the ancestral lands process.

Kandit asked governor’s military special assistant Vera Topasna the following questions, to which she responded (questions and answers provided in their entirety):

KANDIT: This is regarding your Sept. 9 email to Joe Borja, where you update him about the back road property, where the administration plans to build the new hospital. In it you state a desire for the determination of MEC (UXO) not being present on the property to be waived. And for an EA to be done instead of an EIS.
TOPASNA:  My email does not state a desire to waive the MEC UXO determination but rather states that it appears we may not need to conduct the MEC UXO work based on preliminary planning inquiries we (GovGuam) posed to the NavFac Marianas Team.  The MEC UXO requirements are executed in accordance with numerous Department of Defense policy directives for military construction projects only.  For a possible GovGuam funded construction project I would defer to the GovGuam permitting agencies who would be more equipped to answer local policy on ordnance processes.
With regard to an EA instead of an EIS and for clarification, I can confirm as of this email that the NavFac Marianas is conducting an Environmental Condition of Property (ECP) Study which will characterize the environmental status of the parcel to include eligibility for Comprehensive Environmental Response, Compensation, and Liability Act (also known as superfund) and Resource Conservation and Recovery Act, archaeological status and any outstanding natural resource issues.  The study should be completed by March 2022.    This study is required when planning for Non-BRAC real estate transactions.  NAVFAC will consult with Guam Environmental Protection Agency and other GovGuam agencies as appropriate.
KANDIT: May we know why the governor’s office wants to skip over these processes?
TOPASNA: I can assure you that there is no desire or intent to bypass any federal or local statute for these processes.
KANDIT: Have assurances been provided by the Navy that no unexploded ordnance and other hazard waste exists on the land?
TOPASNA: No assurances have been given since the ECP study is in progress.
KANDIT: Is an indemnity clause being negotiated into the lease, wherein the U.S. Government and the Navy will be free of liability if hazard waste and materials are found on the property over the course of the lease?
TOPASNA: There are no negotiations at this time regarding a lease.

The Legislature has already demonstrated its commitment to the long term healthcare of our people by passing Bill 121 into law. This law provides a flexible financing mechanism to finance all three developments. While there is a significant cost – upwards of $1 billion – it seems key players on the governor’s team do not consider this a significant environmental impact and thus prefer that no detailed studies related to the environmental impact be prepared. But why? Because it will speed up this closed-door negotiated land grab; and because under federal laws, detailed studies require public hearings.

Would you lease or buy land to build a home or commercial building that had a history of toxic waste disposal? Would you buy land or lease land to develop a home or commercial building that could potentially have toxic waste on site without any detailed study? The answer to these simple questions are obvious. We cannot help but feel something is just not right especially in this case that involves a $1 Billion development that surely will have significant impacts. 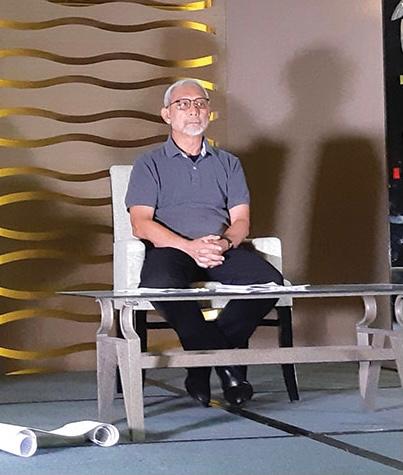 In the September 9, 2021 email to Topasna from Commander Perry, Perry references the sharing of a slide “I showed in July… I will be getting another update Q1 of FY 22, so expect an update in October sometime.” In reviewing all the FOIA documents provided to Kandit by the governor’s office, no update was given. 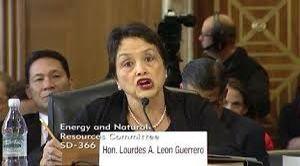 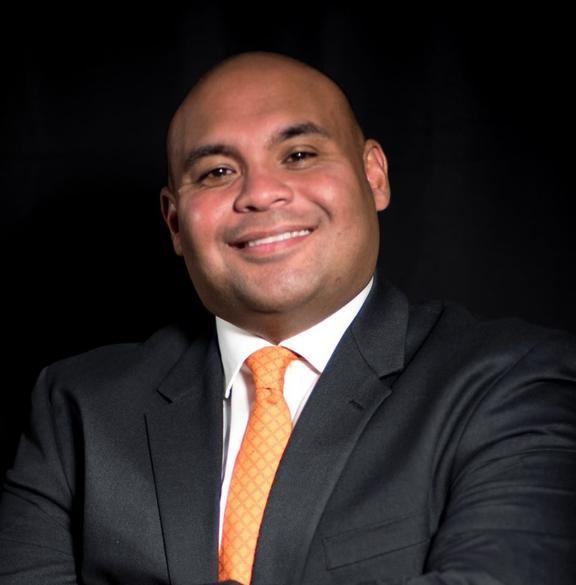 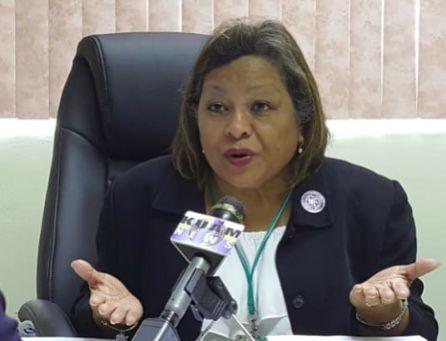 Topasna wrote in her email to Borja, “…JRM Environmental is reviewing whether or not we need an EIS, they believe the environmental condition of the property will more than likely trigger an Environmental Assessment only which is good.” We had to ask ourselves why Topasna would conclude that it was good if the Navy only had to do an environmental assessment? But to answer that, and considering everything at stake from the rights of land claimants to a new hospital, we feel our audience and the public should know the difference between an EA (Environmental Assessment) and an EIS (Environmental Impact Statement).

In general, under the National Environmental Policy Act (NEPA), the difference between an EA and an EIS is simple. An EA is a concise review document taking into account the purpose and need of the proposal, any alternatives, and a very brief review of the impacted environment. An EIS is a much more comprehensive document that contains a significant amount of details. Prior to finalizing an EIS public hearings are generally held whereas in the case of an EA, there generally are no public hearings.

So the only reason that Topasna would welcome an EA over an EIS is because it does not contain details. It is fairly fast to prepare. It is much less expensive than an EIS. And in preparing an EA, for those sections of the study dealing with hazardous waste, generally only a review of the history of the land’s use is studied and not actual soil or water samples. Why would we build a medical complex there? Why wouldn’t we build it on land, where we already know there is no toxic waste or unexploded bombs? On land, where we don’t have to build millions in water and power infrastructure to prepare it for construction? On land that already is designated for the hospital: Oka Point?

Ms. Topasna’s response to Kandit – a portion of which directly contradicts statements Ms. Leon Guerrero has made publicly – raises even more questions. Why would anyone even suggest that there would be no findings of significant impacts related to a development estimated to cost $1 Billion? Why does it seem that the public has been misinformed about the initiation and even design of this project when the most basic of studies have not even been completed?

And why, if there is a rush to build this medical complex, would we waste so much time undertaking all these processes in Mangilao, when Oka Point is ready for this project to start now?

We still believe the future interest land rights of the heirs of original landowners must take precedence. Our laws require it. And if the governor will not advocate for the return of these lands to the government for subsequent transfer to the heirs of original landowners, then she must provide them compensation either in cash or in land. Despite our continued good faith efforts to attain the governor’s research that the land claimants were paid, we have not received even one page of research. The Navy should not insert itself into Territorial land claim issues. Instead, it too should follow the same direction that thousands of acres of federal excess lands make it back into the hands of the original land owners.

And for crying out loud – based on the Navy on Guam’s track record – if they tell us there’s nothing to worry about on land they’ve held for decades, we should absolutely check it out.