The Republican Party of Guam, unlike its democratic counterpart, issued a statement proclaiming party unity and support behind every single one of their candidates for office leading into the August 27 primary election. The statement comes in the wake of the Blacklist 12 scandal, which began last Saturday when Vanessa Williams posted a sample ballot with the names of 12 democratic candidates for governor, lieutenant governor, congress, and senator crossed out.

The republicans, however, seizing on the fallout from the scandal, issued the following statement:

“With the 2022 Election Cycle underway, and with the doors now open for early voting for the Primary Election, the Republican Party of Guam is proud to announce that we are UNITED to work for the people of Guam.

Our slate of candidates consists of:

–        A Gubernatorial Team which brings compassion and honesty to the table, which are vital components as our island heals from a health and economic pandemic.

–        A Congressional candidate who brings the energy and resilience to ensure that Guam is well represented in the nation’s capital.

The Republican Party of Guam is proud to share that our slate of candidates is experienced, accountable, and focused on just one priority, which is to serve the people of Guam.  We SUPPORT ALL OF THEM and encourage all voters to please vote for them as well.”

The republican party, along with the Camacho Ada 2022 gubernatorial campaign team, are inviting residents to a southern district gathering in Agat this coming Sunday, where residents can meet the party’s candidates for governor, lieutenant governor, congress, and the legislature.

Here is the invitation flier, with date, time, and venue information: 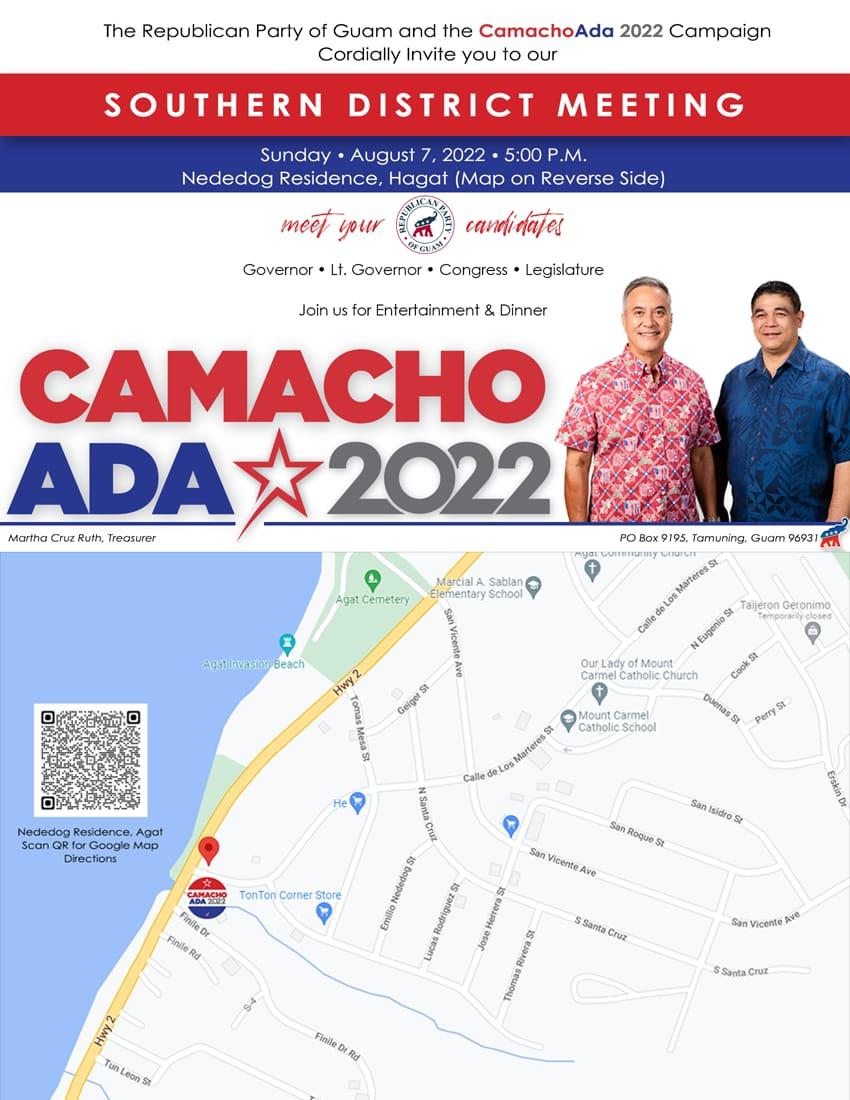