Republican Sen. Jim Moylan wants senators to put an end to the governor’s ability to unilaterally levy fines, citations, or vaccination mandates. Together with Republican senators Frank Blas, Jr. and Chris Duenas, the trio introduced Bill No. 180-36, requiring legislative approval of any fine, citation, or vaccination requirement the governor proposes during a public health emergency.

The Emergency Health Powers Act, which Gov. Lou Leon Guerrero first invoked in March 2020 and which empowers her to declare and continue the island in a public health emergency, gives the governor enormous powers to keep the island safe from disease. Among her powers is the ability to require vaccination and to fine and punish the unwilling, or to quarantine them against their will.

“While we understand that tough and challenging decisions must be made during an emergency by any chief executive, certain parameters must be set to assure that those decisions are also reasonable. That when it comes to extensive orders, that they involve the input of professionals and the public alike,” Mr. Moylan said. 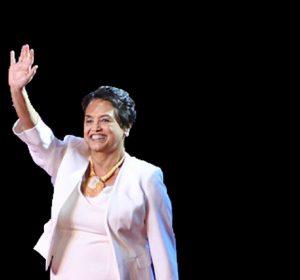 Professional input may have been lacking or ignored in the governor’s latest executive order, which is causing businesses to shut down and unvaccinated residents to be singled out as pariahs. The governor announced Friday that effective today (Monday), certain types of businesses are to forbid entry to unvaccinated customers. By September 27, employers are to keep unvaccinated employees off the worksite.

Dr. Hoa Nguyễn, the chairman of the governor’s physicians advisory group that has led public health policy throughout the pandemic on Guam, publicly rebuked the governor for her decision, and said the PAG was not consulted on the matter. He said the order will have the opposite effect of the team’s most important goal: to convince residents to get vaccinated.

Mary Rhodes, the president of the Guam Hotel and Restaurant Association, also expressed her group’s dismay at the executive order, and is urging the governor to change her mind.

The decision, according to the law, rests solely with the governor; that is, unless the law changes.

“This legislation assures that a governor can’t just arbitrarily make abrasive decisions, particularly when those actions would adversely impact an individual’s pocketbook, their employment, or in some cases their decisions on whether they elect to get vaccinated,” Mr. Moylan said of Bill No. 180-36.