THAT ‘POLL’: Let’s call a spade a spade

FIRST: The so-called poll in the governor’s race “leaked” to other media stations and published by them is a poll commissioned for the Leon Guerrero-Tenorio campaign. It is not an independent survey.
SECOND: The ‘poll’ first asks whether you’ll vote in the democratic primary; if not, you can no longer take the ‘poll.’
THIRD: The ‘poll’ initially asks who you think or expect will win the primary – Lou Leon Guerrero or Michael San Nicolas.
THEN: The ‘poll’ asks you leading questions that paint Leon Guerrero in a positive light.
THEN: The ‘poll’ asks you leading questions that paint San Nicolas in a negative light. 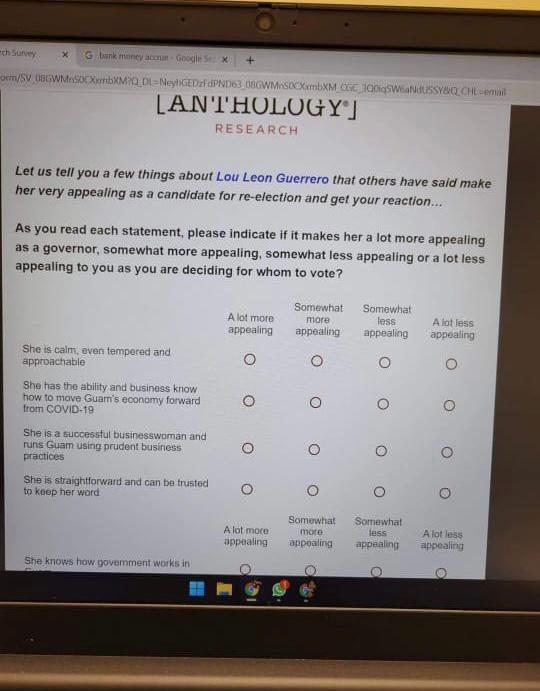 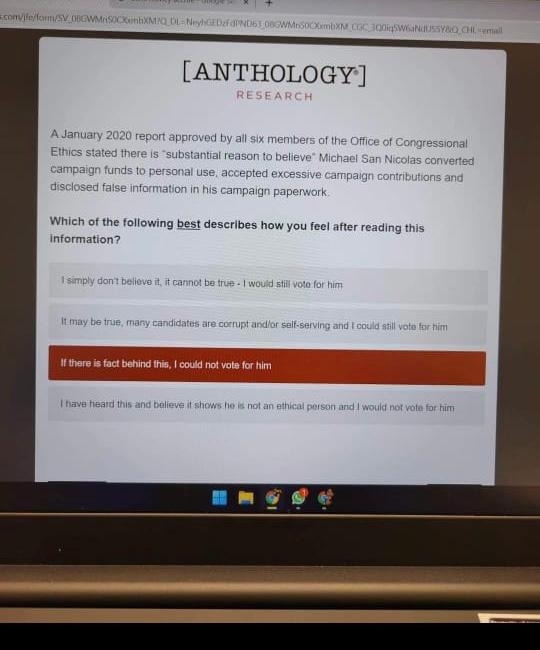 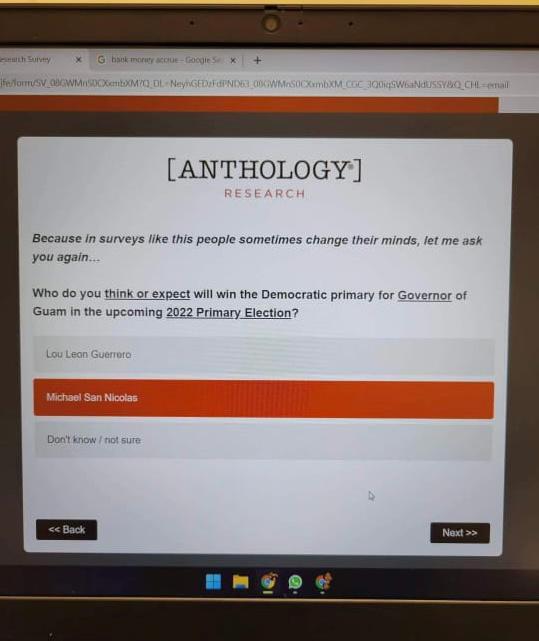 How is that a reliable reflection of actual voter sentiment?
In my experience (I was a part of every gubernatorial campaign from 2002 to 2018), the only pre-election poll that has ever been accurate in predicting the winners of the primary and general elections have been the independently-conducted surveys by the University of Guam through Dr. Ron McNinch.

“I’m not a fan of predictive polls,” Dr. McNinch told Kandit. “If you go back to 2006 there was a predictive poll that said Robert Underwood was going to win by 20 points. In 2010, and I remember we got into an argument about this, Troy, because you guys in the Calvo camp had a poll and according to your poll, Calvo was supposed to win by 10 or 15 points. He only won by less than one.”

It’s true. Throughout the general election season, the UOG-McNinch poll had former Gov. Carl Gutierrez and then-Sen. Eddie Calvo in a dead heat, with the two wobbling up and down within the margin of error. Dr. McNinch warned me in October 2010 that voter turnout was the key. I told him there wasn’t a problem, because our scientific polling from a firm out of Hawaii had us up double digits. He said we were asking the wrong questions in our poll. I didn’t trust him.
He was right. I was wrong.
I have never doubted him since.
“All polls do not indicate voting outcomes,” Dr. McNinch said. “Voting outcomes are things people will vote on. Polls do not predict outcomes.
“Second, polling is a good method, but you have to talk to everybody who’s going to vote, not just people who are gonna vote democrat. The assumption is in my view that if people are only going to vote democrat … the problem with polling like this, is you can’t actually predict at this point who’s gonna vote democrat. Because we’re still early in the cycle. A poll cannot predict how someone is going to vote two weeks from now. A person can decide to vote democrat, but didn’t think that when they took the poll.”
Dr. McNinch also cautioned against the strategy of releasing internal poll results. “People may change their opinions because of a poll itself,” he said. If you want a certain candidate to win, he said, a voter has to vote for them and not “rely on a poll to make that outcome happen.”
“If you don’t want Lou to win, you have to vote how your conscience feels. If you don’t want Mike to win, you have to vote how your conscience feels,” he said. “If you don’t vote, you don’t matter.”
Kandit has reached out to Dr. John Rivera at UOG’s Public Policy Center on whether it will be commissioning a pre-primary UOG-McNinch survey. Dr. Rivera explained classes began today at UOG. “Dr. McNinch usually does polling with his students as an experiential learning exercise,” he said. He will be discussing the matter with Dr. McNinch and have an answer by the end of day Thursday.
Let’s hope the answer is ‘yes.’ Publishing the ‘poll’ commissioned for one campaign without providing context was reckless and irresponsible. The action needs to be balanced with the results of a legitimate and trusted survey.
916
Share
FAVORITES
By Troy Torres Posted on: Wednesday, 08/17/2022 1:30 PM Guam Opinion 4 comments
916