There were two men inside a truck from which prosecutors allege a gunshot was fired the night of October 15, 2020 that injured Agana Heights resident Brian Mendiola. One of those men went to police, according to initial charges in the case, and told police it was his friend Nicholas Moore – the other man in the truck – who shot Mr. Mendiola. Moore was arrested in June 2021 for the shooting based on what the other man – U.S. Navy sailor Eric Salone – told police early on. And then Salone was indicted for the shooting in April this year. But today, on the first day of that trial, only Mr. Moore appeared. Mr. Salone had been severed from the case. 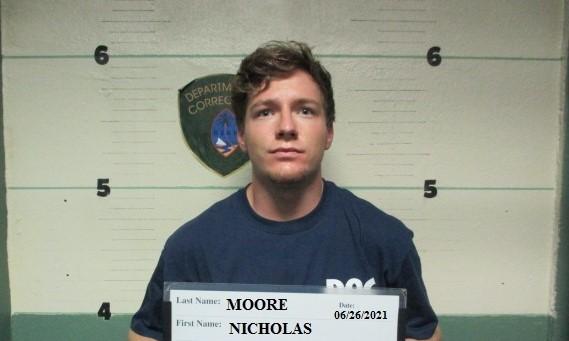 Mr. Moore, dressed in a pink shirt and khakis and flanked by his attorneys, appeared polite and at ease, smiling at the pool of scores of his peers Wednesday morning at the San Ramon Building adjacent to the Guam Judicial Center.

After hours of questioning under a process called voir dire, some of those peers were excused from serving on the jury of 12 that will determine whether the young man is guilty of two counts of aggravated assault with special allegations of the use of a gun in the commission of those felonies, terrorizing, and possession of an unregistered firearm.

This is not the case of the murder of Michael Castro, where prosecutors allege Mr. Moore was one of two gunmen who killed Castro on October 30, 2020. That is a different case; a murder that occurred 15 days after the Agana Heights shooting for which Mr. Moore faces trial now in the Superior Court of Guam.

According to the original charging document in that case, the June 29, 2021 magistrates report following Mr. Moore’s arrest for the separate crimes, police detectives reasoned Mr. Moore shot Agana Heights resident Brian Mendiola at the village basketball court “in the right leg above the knee” while investigating the Yona resident for the Castro murder. That original charging document states that at the time of the shooting, Mr. Moore was driving his black F-150 truck, he had a passenger who was identified in the document as a source of information, and that both men each used separate guns and shot out of the truck toward Mr. Mendiola.

According to the original charges, Mr. Mendiola was not the intended target of the shooting. The target was Mendiola’s friend, Curtis Garrido, who confirmed to police he owed Moore money and had agreed to meet Moore in Agana Heights to give Moore drugs.

Doubt from the start

According to the June 2021 charges, Mr. Mendiola was shot with a .38 caliber gun. In his initial interview with police, Mendiola “identified Moore as the person he believes shot him,” the charging document states. But those same charges state Mr. Mendiola recanted his belief Mr. Moore shot him after Mr. Garrido told police the shooter was Moore’s passenger, the police source of information. “Initially, [Mendiola] believed that the shooter was Moore, but later reported that he couldn’t be sure,” the initial charging document states. 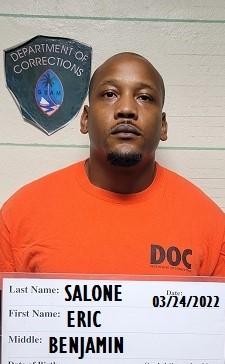 The name of the police source of information, whom Mr. Garrido identified as the shooter, was not disclosed until March 24, when the Grand Jury handed down an indictment in the 2020 shooting against Moore and his passenger that evening – Eric Salone. According to the indictment, both Moore and Salone were to face trial in the same case and for the exact same charges. Then, two days ago, the Grand Jury reissued the indictment for Moore alone; Mr. Salone had been severed from the case.

According to statements made by the prosecutor today during jury selection, Mr. Salone now is expected to be a witness in the Moore trial. Whether Salone has been offered any leniency in exchange for his testimony against Moore has yet to be disclosed in court.

However, Mr. Moore’s attorneys have raised another issue related to the star witness of the case – Mr. Mendiola. Thirteen days ago, according to court documents in a completely separate case, Mr. Mendiola was arrested and charged with felony attempted burglary to a motor vehicle and attempted theft of property.

An ex parte motion in limine by the prosecutor in the Moore case asked Judge Alberto Tolentino to prevent Moore’s attorneys from raising Mendiola’s arrest to jurors. 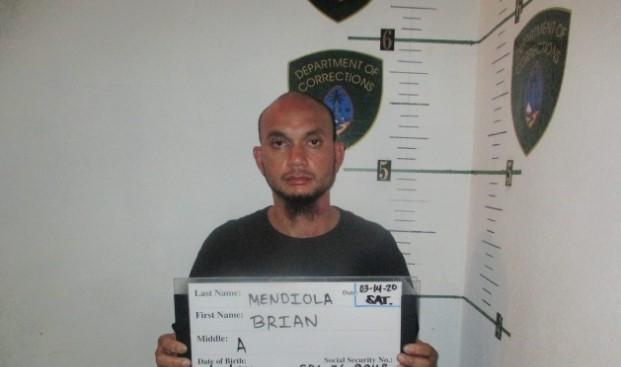 “The People recently provided Defense a with a police report relating to an arrest made on Victim Mendiola over the last weekend,” the documents states. “The alleged crime relates to an attempted vehicle burglary and is not a conviction and is not relevant to Victim’s Mendiola’s moral turpitude. The People’s request is two part. First, the People ask that the Court instruct Defense not to bring up the facts of the recent police report before the Jury in the aid of the instant matter as it is not relevant and does not meet any of the requirements under GRE Rules 608 or 609.”

In response to the prosecutor’s motion, Moore’s lawyers raised the possibility that the Office of the Attorney General is holding the burglary charge over Mr. Mendiola so that he testifies favorably for the prosecution in the Moore case against Moore.

“Defendant, if he does attempt to impeach Mendiola with his arrest, will do on the conmonsense basis that a charge pending against a witness allows for an inference that the witness will testify favorably for the prosecution in order to curry favor with it,” Moore’s attorney, David Lujan, wrote in opposition to the government’s motion. “Impeaching a witness on the basis that the witness might want to curry favor with the prosecution is not evidence of character; rather, it is evidence of motive.”

According to Mr. Lujan, his client may want to question Mr. Mendiola’s testimony in the Moore case because Mendiola “hopes to curry favor because he fears what his pending charges may bring. That hope and fear would be his motive.”