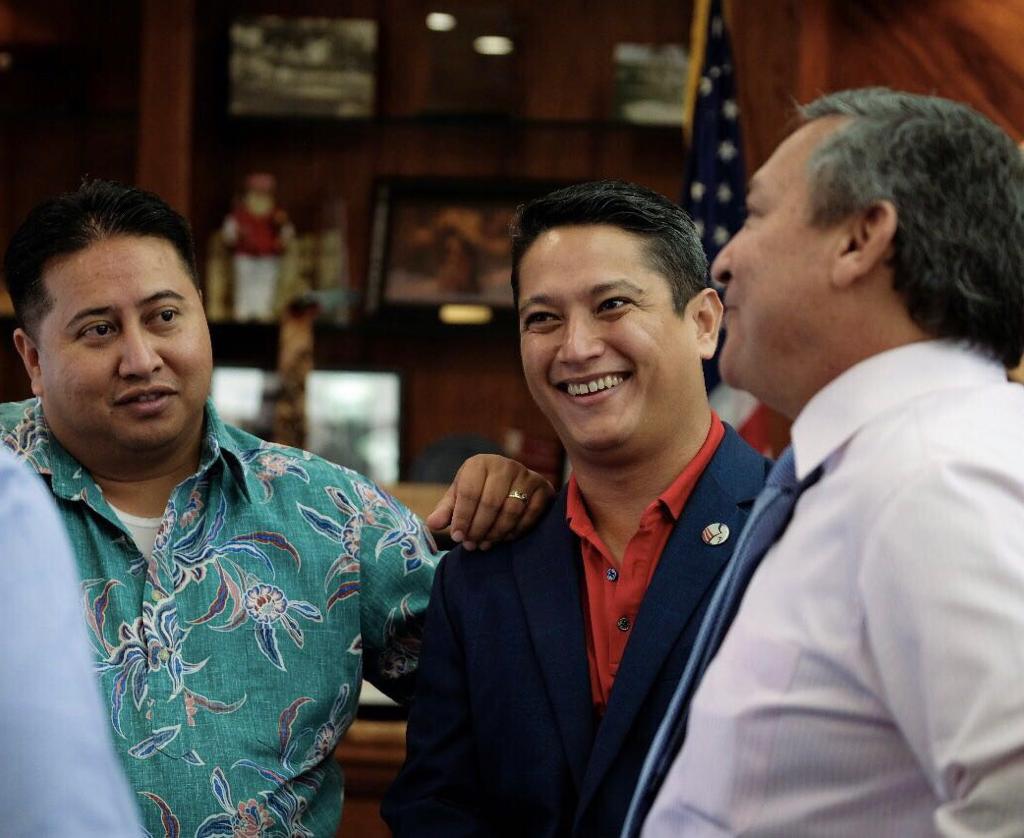 Gov. Ralph Torres’s regime is on the march, taking aim at his political enemies one by one. In a series of offensives that have so far targeted democrat members of the CNMI House of Representatives, it appears the republican governor, whose popularity is at an all-time low, is doing everything possible to stop the corruption investigation against him, and to pick off strong candidates for lieutenant governor for his rival, Tina Sablan.

The administration’s offensive began with the arrest early last week of Rep. Vicente Camacho, who was taken by police days after he called them to arrest a neighbor he alleged attacked him and his son. The following day, false accusations began circulating against Rep. Celina Roberto Babauta that she had taken a personal allowance, which she did not.

The attacks against the two members (Ms. Babauta actually is the chairwoman) of the House Judiciary and Governmental Operations Committee, which is conducting an investigation into the governor, occurred only hours before the Democratic Party of the NMI announced its selection of Rep. Tina Sablan as its candidate for governor of the Commonwealth. Both Mr. Camacho and Ms. Babauta were rumored to be on the short list for lieutenant governor candidate.

Following Ms. Sablan’s inspiring acceptance message, which went viral throughout the Commonwealth and Guam, Mr. Torres used his official stationary to attack Ms. Babauta. On November 8, Mr. Torres sent his nemesis and the media a letter lambasting the corruption investigation against him, and stating, “I have done nothing wrong,” despite a mountain of evidence of illegal conduct on the governor’s part already entered into the official record of the tribunal. The governor did not address a single allegation against him in his two-page letter to Babauta.

The laughable assertion, and his demand for the JGO committee to provide him a list of questions to which he will respond in writing, rather than appear before the committee itself, flies in the face of his earlier statements welcoming the opportunity to ‘clear the air’ about the allegations made against him. Even his lieutenant governor, Arnold Palacios, has implicated the governor in criminal wrongdoing, when Mr. Palacios testified before the JGO committee. “I didn’t throw him under the bus,” Mr. Palacios told committee members during his testimony, “The governor jumped in front of the bus!”

The letter brought even the governor’s former lapdog, Robert Hunter, out of the woodwork. Mr. Hunter, in a comment in the Marianas Variety wrote, “The most effective and accomplished governor the CNMI has had … responds to the complete hyper-political nonsense.”

Even the governor’s older brother, Vincent Torres, took to social media this week in the midst of the republican attacks to proclaim, “To our GOP families, friends, and supporters, and to our supporters that support different candidates under the Democratic Party and Independent, the CNMI GOP and the Torres/Sablan Team are as strong as ever.”

His post followed a letter recently-vanquished republican House candidate Grace Sablan Vaiagae released to Speaker Edmund Villagomez Tuesday (though the letter is dated Wednesday) complaining about another rumored lieutenant governor candidate: Rep. Ed Propst. The complaint, which is a rehash of false accusations Torres-operative Irene Holl made against Propst prior to the 2020 election, has rallied what little support Mr. Torres has left in their vain attempt to quell the political rebellion against him.

Propst is emboldened by the attacks, and already has taken to social media to assert he will not back down in the midst of the governor’s team’s slander. “I’m not going anywhere,” Mr. Propst exclaimed. “The investigation into Ralph Torres will continue.

Meanwhile, Kandit has confirmed with sources that several qualified candidates have submitted their interest to the Democratic Party of the NMI to become Ms. Sablan’s running mate. “There is a lot of excitement,” the source said. “Everyone is talking about how Tina is going to win, and it’s only so obvious with what the governor is doing that he’s scared of Tina and whoever her running mate will be.”

Who will be next in the governor’s assault? What attempted character assassination will occur next, and on whom? As the corruption investigation continues, and the search for Ms. Sablan’s running mate moves forward, we likely can expect more attacks from the Torres regime.