Schooled the Senate on the need to read and comprehend its own rules, informing Hofschneider that the committee to which the Senate rules refer to – the special committee Attao chaired – no longer exists;

Admonished the Senate that Sen. Karl King Nabors should not believe he dictates what any member of the House does;

Questioned the role and competency of attorney Joey McDoulett as a contracted lawyer for the Senate;

Called out the alleged corruption of the governor’s attorney, Viola Alepuyo, being allowed to assist in the drafting of the rules on the impeachment of her own client;

Referred to the Senate’s own rules in claiming that the appointment of Sen. Nabors as presiding hearing officer violates the rules;

Accused Sen. Nabors of impropriety; and 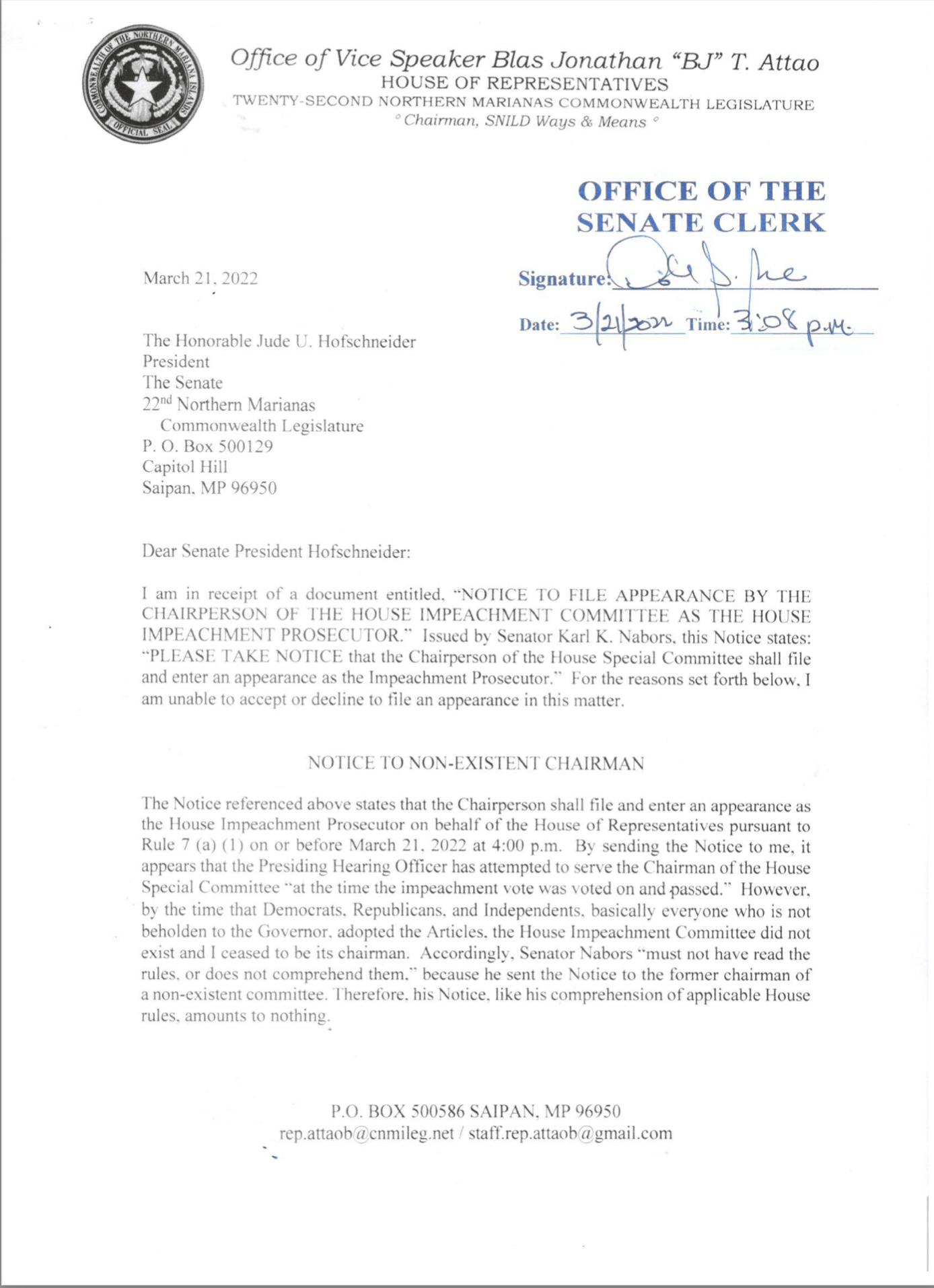 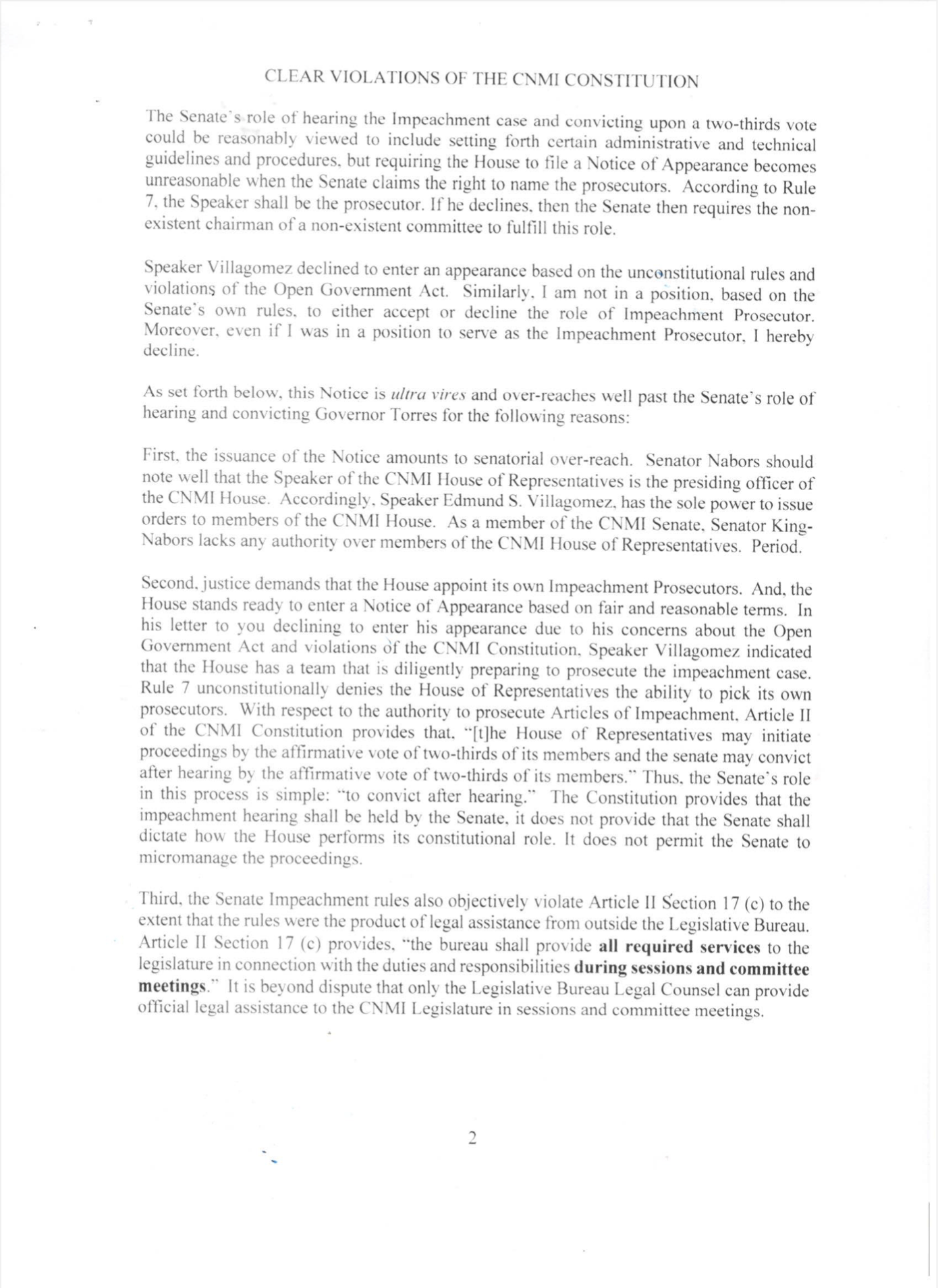 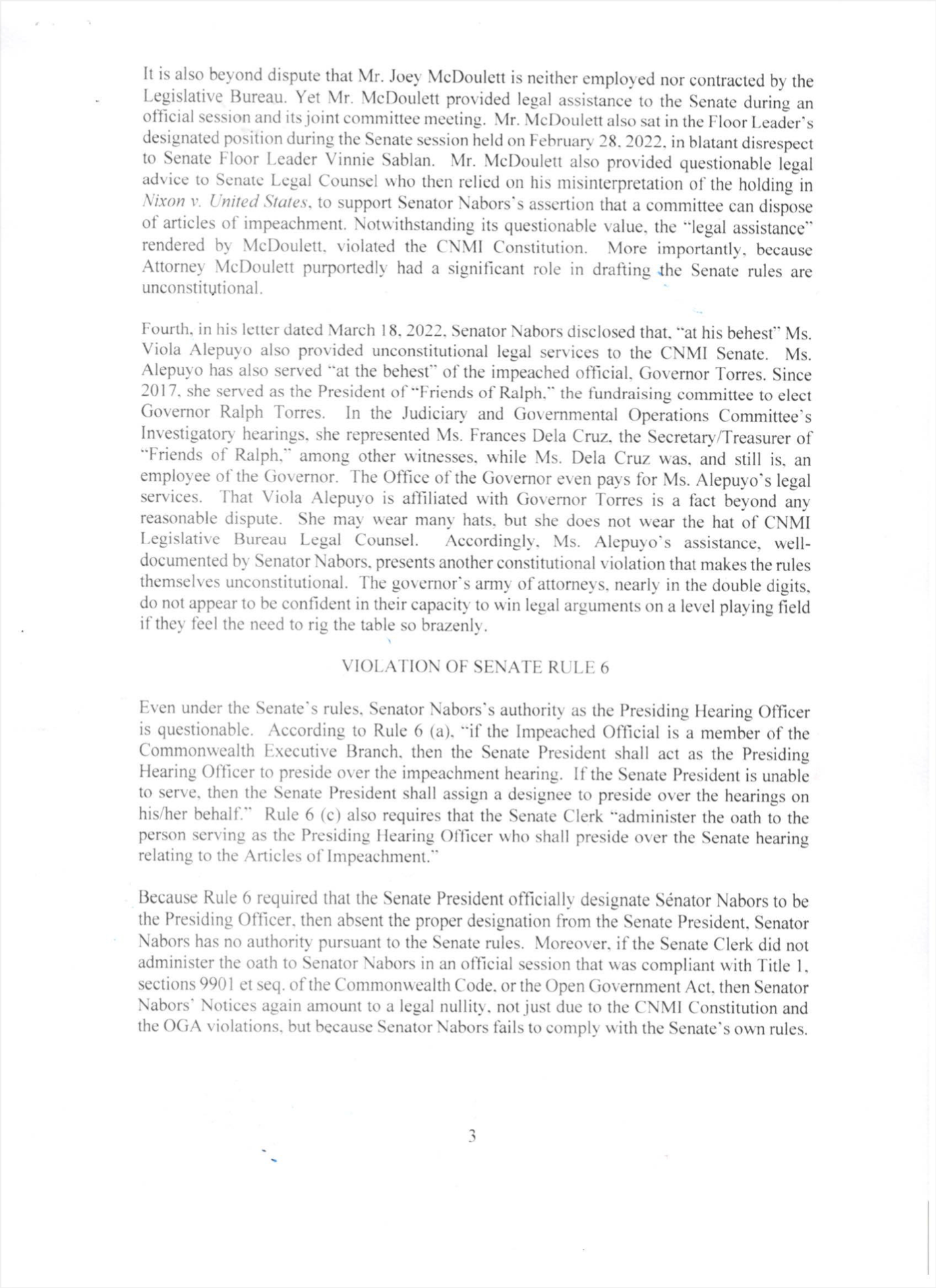 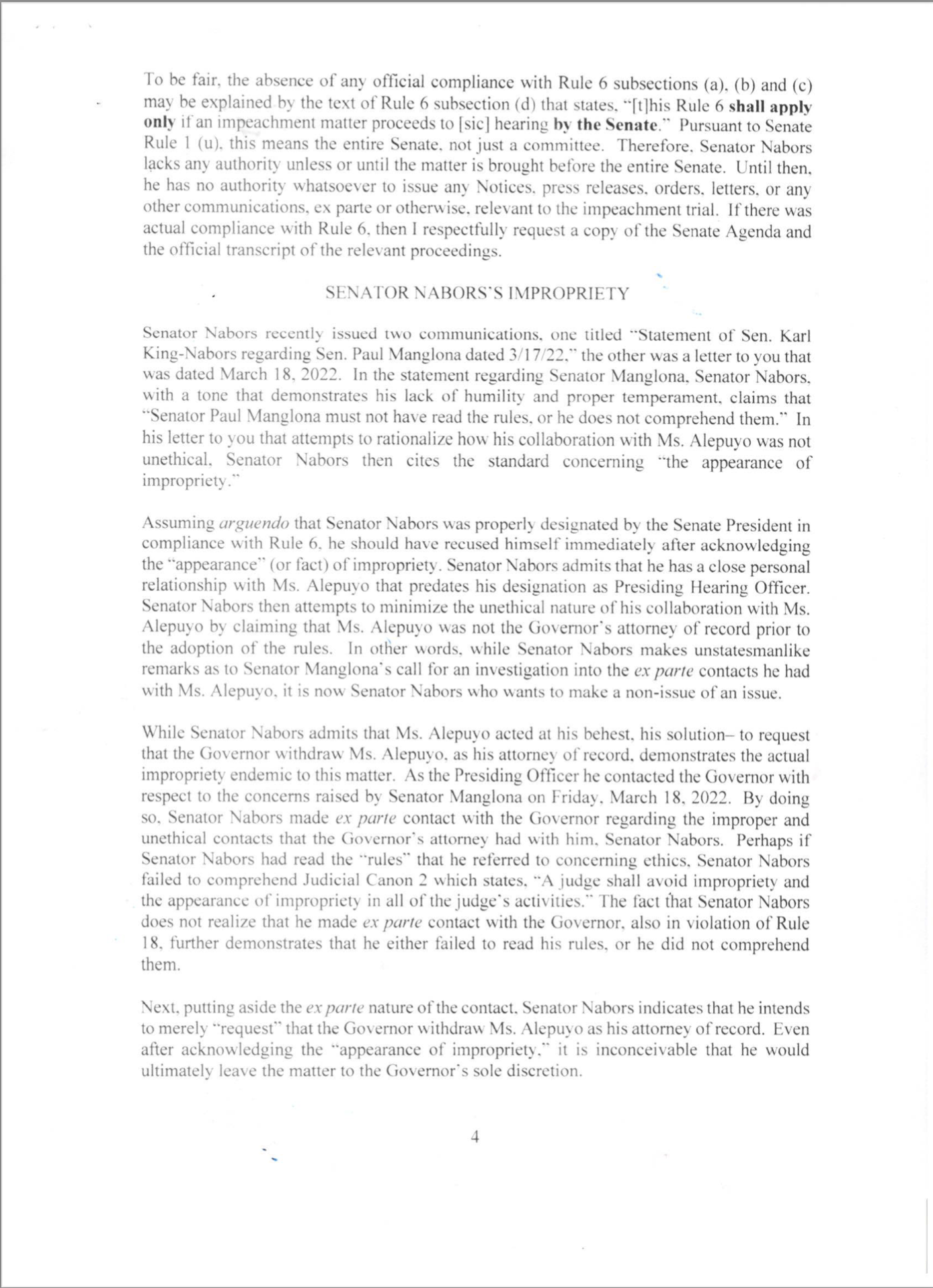 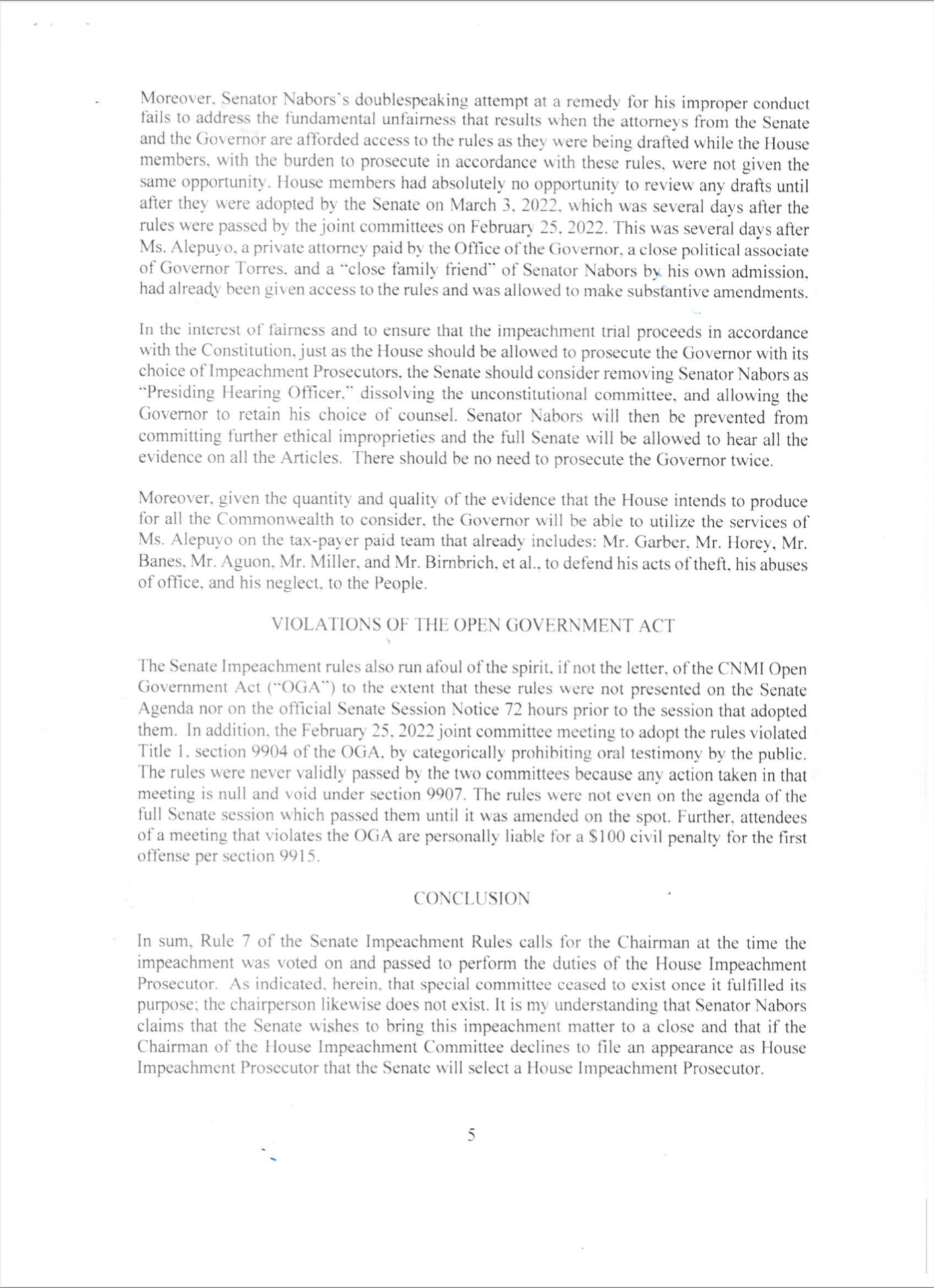 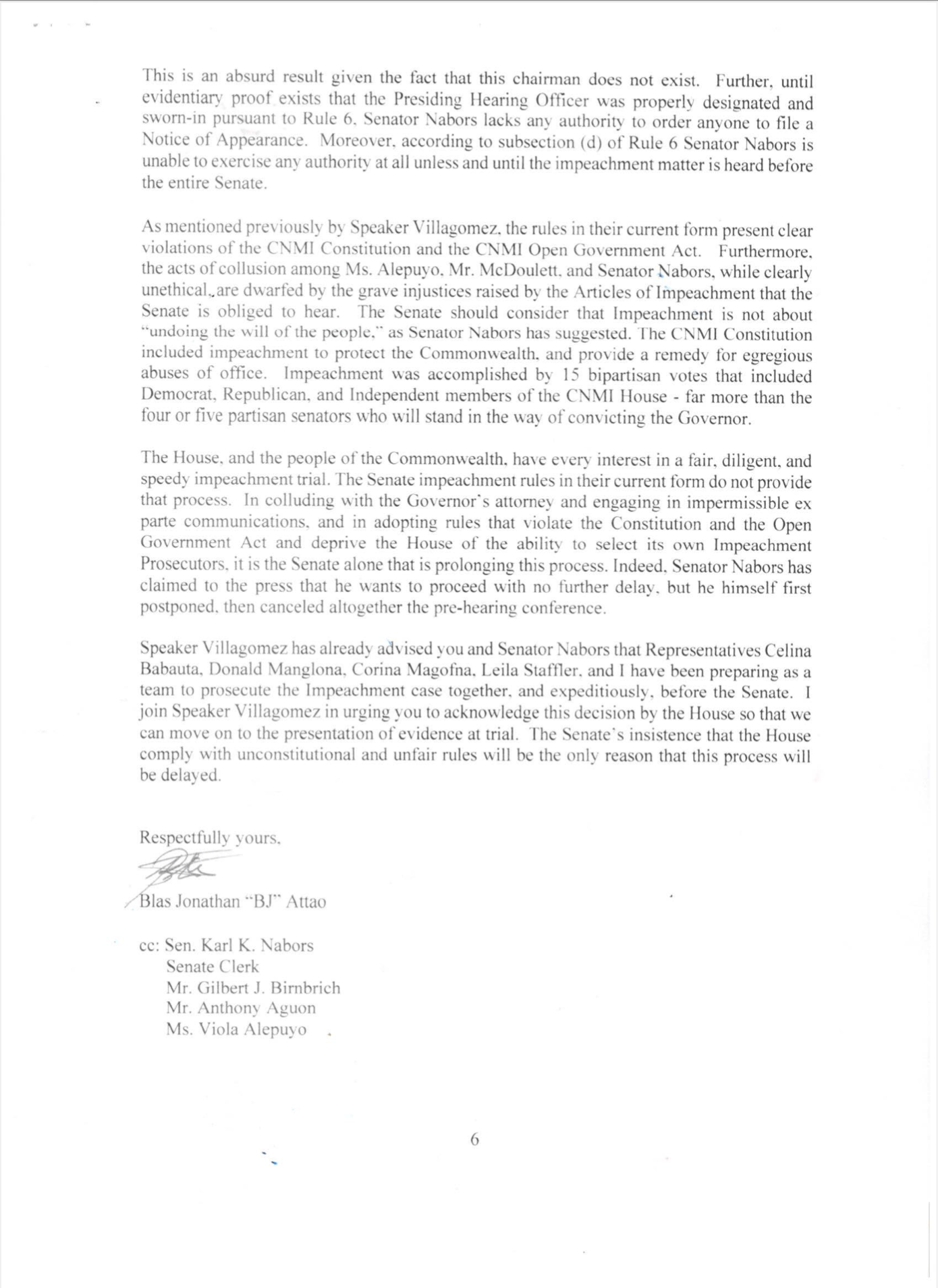