Guam Gov. Lou Leon Guerrero, in an interview with K57’s Patti Arroyo Wednesday, defended her selection of 102 acres of Naval lands in Fadian claimed by ancestral owners for the new medical campus. She said, “There’s been a lot of misinformation out there. First of all, this property that the military is allowing us to use is a lease … a license and then a lease. They are not returning this property to us.”

Documents dating to August of 2019 show her statement only is partially true. While the government of Guam now is entertaining the prospect of a 100-year lease of the land, which was condemned from 18 owners in pre-Organic Act 1950, letters back and forth between Ms. Leon Guerrero and Secretary of the Navy Kenneth Braithwaite show the Navy had first intended to have it declared excess and RETURNED to GovGuam.

According to Guam law, lands with ancestral claimants that are returned by Congress are to be prepared for return to the heirs of the pre-condemnation owners. In the case of the land in and around Eagles Field in Fadian (generally where the medical campus is scheduled to be built) some of the original landowners actually are still alive. By pursuing the lease of the land, instead of facilitating its return, GovGuam is circumventing land policy that has been in place since the passage of Public Law 23-23, which Ms. Leon Guerrero herself voted for as a freshman senator.

See the relevant images below: 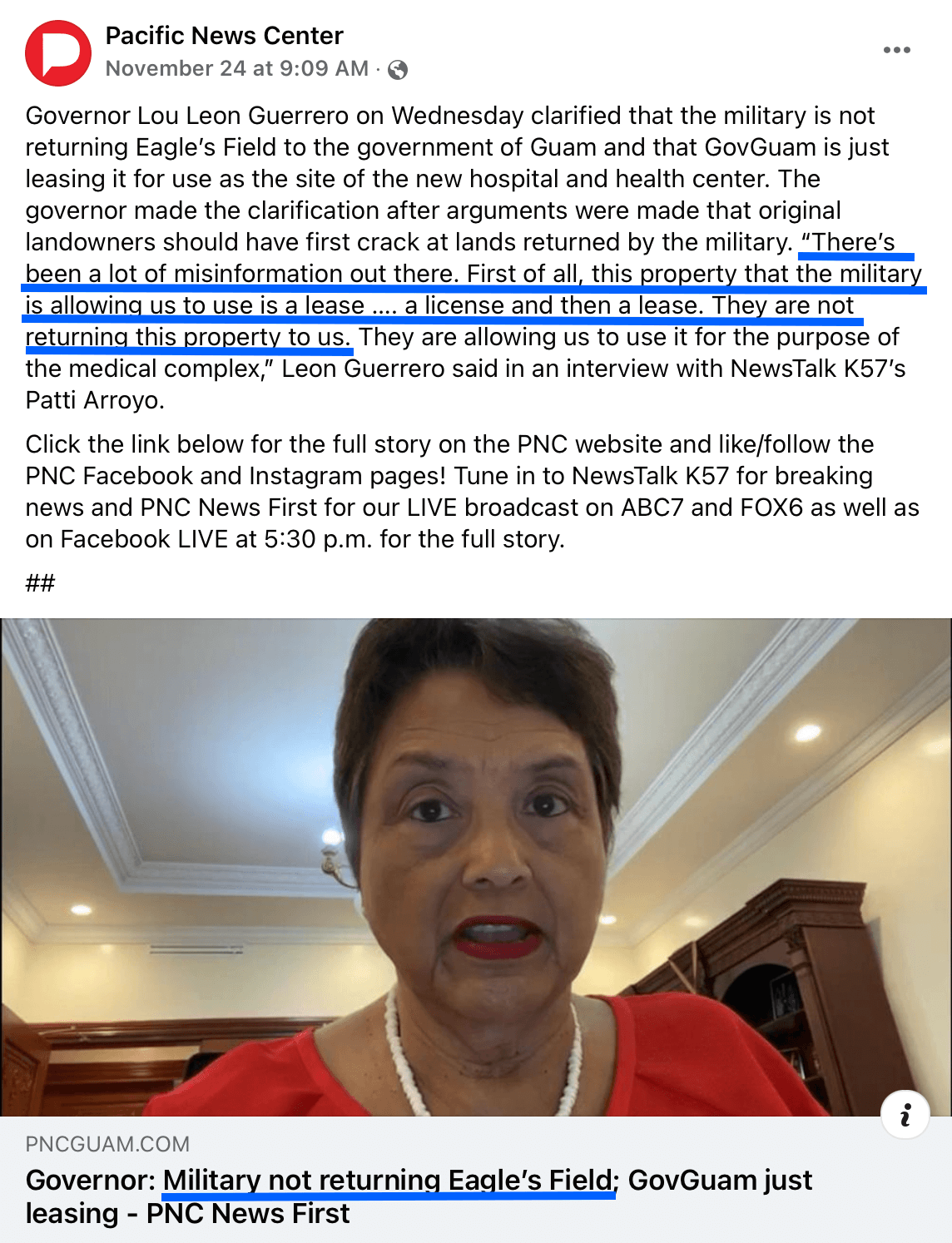 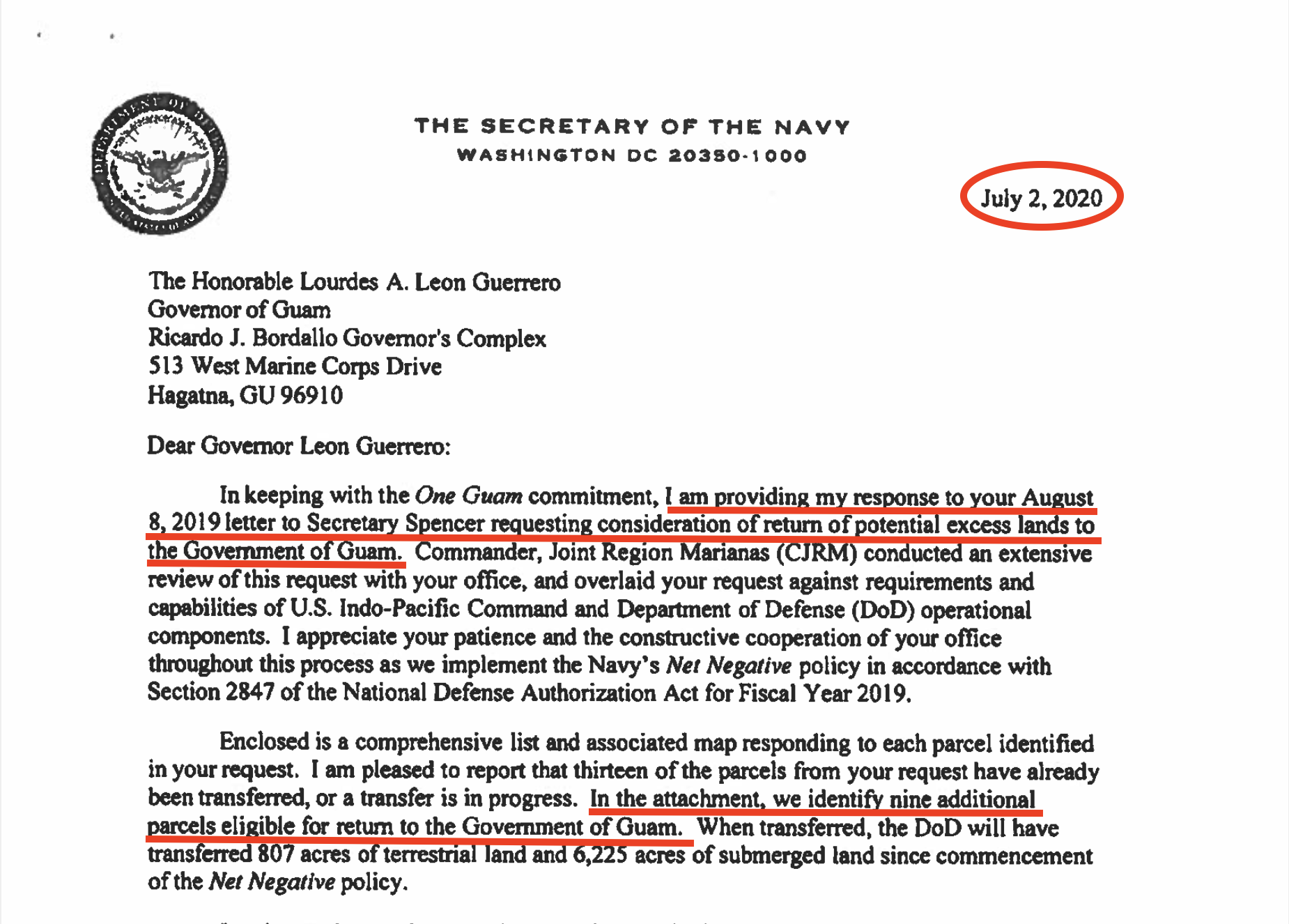 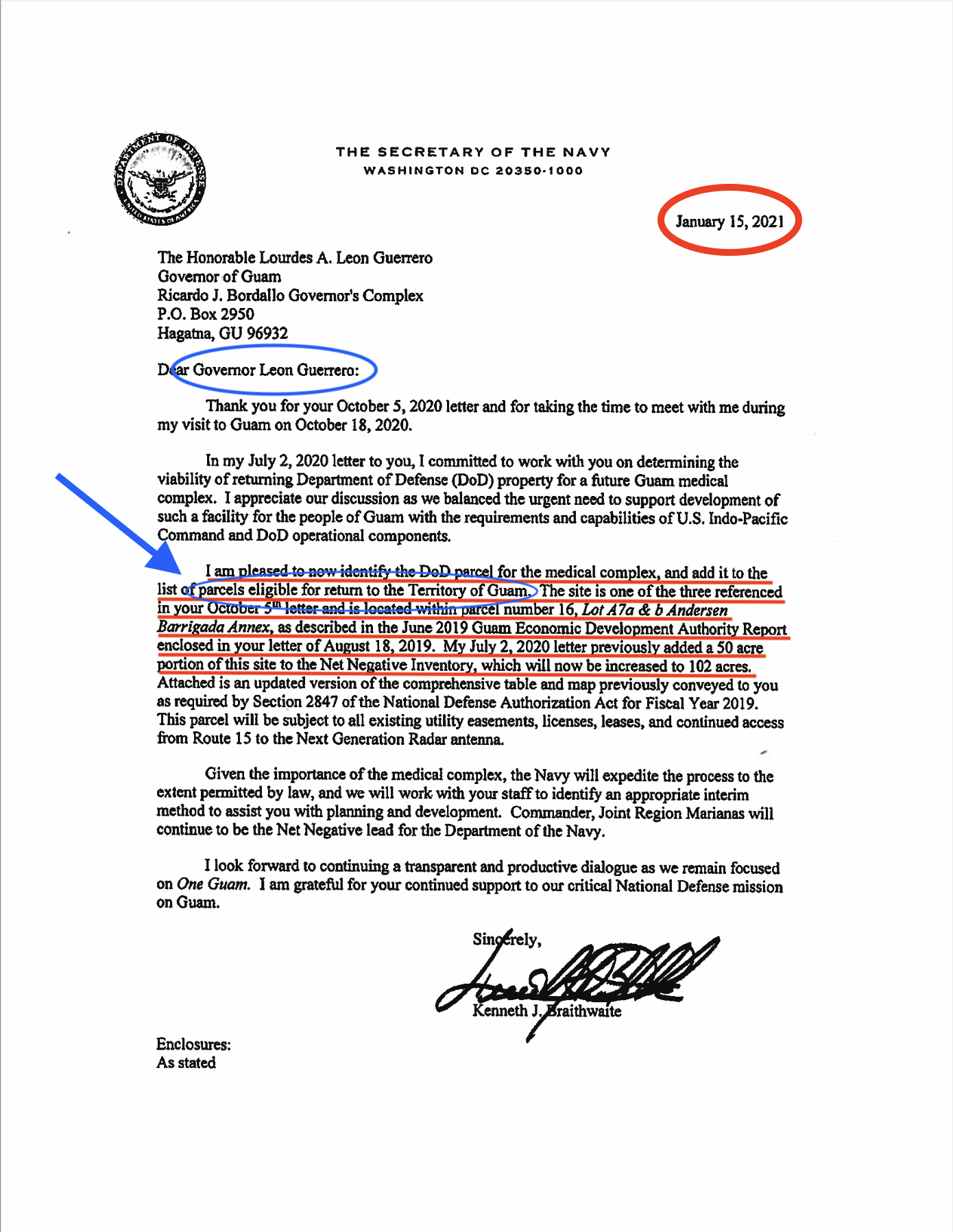