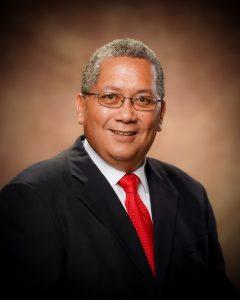 Senator Frank F. Blas, Jr. has sent another letter to Attorney General Leevin Camacho imploring him to take legal action against some of the closest and highest-ranking members of Gov. Lou Leon Guerrero’s administration.  This surrounds allegations of criminal activity regarding the emergency procurement of hotel services for quarantine facilities back in March of 2020.  The first letter was sent on July 26 and a follow-up letter was sent on August 11.  Mr. Blas states in his letter that he does not see why action cannot or has not been initiated.

Senator Blas was prompted to request that action be taken after a report was released from the Office of the Public Auditor.  The report on the Government of Guam Procurement of Hotels Used for COVID-19 Quarantine pointed out four deficiencies in the procurement of the hotel services which were:

In his executive summary of the audit, Mr. Cruz provided a background of what led to the Pacific Star Hotel procurement, and the procurement of other hotels that resulted in about $3.1 million in audited questioned costs.

“In January 2020, the Guam Homeland Security Advisor was tasked to procure facilities for COVID-19 quarantine and isolation. However, the Governor tasked [Huynh] to take over the procurement in March 2020.  [Office of the Governor] secured four facilities totaling $2.5M,” the Cruz audit states.  In a legislative oversight hearing on the procurement, Mr. Huynh instead told senators Guam Hotel and Restaurant Association president Mary Rhodes lead the procurement, while former Adelup staff assistant Carlo T. Branch said Ms. Leon Guerrero was the procuring authority.

Mr. Cruz, citing Guam’s laws, said the governor did not have the authority to have her son in law conduct the procurement, since the law placed that authority in a procurement office, and during a public health emergency, in her public health director. At the time, Linda DeNorcey was the director of public health. Ms. DeNorcey denied having conducted the emergency procurement of the hotels at the time of the controversy. She resigned from office shortly after.

“It appears there was a potential conflict of interest having [Huynh] in charge of the initial procurement when their immediate family had a financial interest with one of the awarded hotels, which was publicized in local media articles,” Public Auditor Benjamin Cruz stated in his audit summary. “Hotel C’s mortgage was with a local bank that [Huynh] was previously employed at and his immediate family is currently employed with and owns, which would be a conflict of interest as identified in 5 G.C.A. § 5628 (a). Upon discovery of an actual or potential conflict of interest, an employee shall promptly file a written statement of disqualification and shall withdraw from further participation in the transaction involved.”

Documents disclosed to Kandit News regarding the illegal procurement of hotels show that Adelup back dated letters designating four hotels as quarantine/isolation facilities, then failed to disclose the original letters the governor had signed, which were dated March 30, 2020.

On May 7, 2020, and in response to a request for documents surrounding the hotels, then-governor’s director of communications Janela Carrera disclosed a series of emails among Adelup and Civil Defense officials, and the financial officers of the government. Disclosed from the emails were four letters – one each to the Pacific Star, Wyndham Gardens, Days Inn, and Hotel Santa Fe – signed by Gov. Lou Leon Guerrero and bearing the digital signature of public health director Linda DeNorcey.  Ms. DeNorcey publicly stated she did not sign those letters.

The letters designated the hotels as the quarantine/isolation facilities for incoming travelers at the start of the public health emergency. The hotels would end up being paid millions of dollars from the procurement, the record of which shows no price quote, purchase order, request for direct payment, or any type of paper trail indicating the hotels were not arbitrarily and illegally chosen. The Pacific Star Hotel had a $32 million 2016 mortgage with the bank Ms. Leon Guerrero’s family owns.

“I pray that the AG acts on the request and does not think that by just ignoring it, the matter will fade away. If the Public Auditor, with the confidence and expertise he has in his office, combined with his legal and legislative experience, believes that there were deficiencies in the procurement process, then I believe as well that legal action should be taken,” Blas concluded.