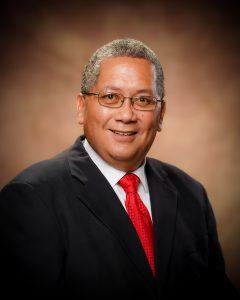 Sen. Frank Blas, Jr. has introduced legislation that, if enacted into law, will stop the governor from requiring anyone to be vaccinated during a public health emergency unless that vaccine has fully approved by the U.S. Food and Drug Administration.
Bill No. 176, introduced today by the Republican from Barrigada, amends the Emergency Health Powers Act from which Gov. Lou Leon Guerrero derives her enormous powers during a public health emergency. Specifically, the legislation will amend the section that currently allows the governor to force people on Guam to be vaccinated.

The governor exercised this power in her latest executive order, when she mandated government of Guam employees in the executive branch be fully vaccinated by September 24, 2021, or submit to weekly coronavirus tests.
If Mr. Blas’s bill passes into law, this provision of the governor’s executive order will be nullified, unless the FDA grants full approval to one of the three vaccines Guam offers.

Mr. Blas’s bill adds language to §19603: “A vaccine to be administered must be unconditionally approved (not Emergency Use Authorization) by the United States Food & Drug Administration and not be such as is reasonably likely to lead to serious harm to the affected individual.”

All of the vaccines currently have Emergency Use Authorization from the FDA. According, however, to an article in the New York Times six days ago, Pfizer anticipates full FDA approval of its vaccine next month.
200
Share
FAVORITES
By Troy Torres Posted on: Tuesday, 08/10/2021 1:22 PM Health Legislature 0 comments
200