Resign! House members react to criminal charges against the governor

The attorney general of the Commonwealth of the Northern Mariana Islands has filed 14 counts of criminal charges against Gov. Ralph Torres. The historic criminal information, filed Friday morning in the CNMI Superior Court, accuses the governor of violating the Commonwealth’s laws prohibiting theft and government-funded premium-fare travel, and for contempt of the Legislature.
“I would like to call for the immediate resignation of the governor,” Congresswoman Celina Roberto Babauta told Kandit in a phone interview minutes after the news broke. “There is no way he can get out of this. This is vindicating for the [CNMI House Judiciary and Governmental Operations] committee, for all the work that went into gathering the evidence and pushing forward. I want to thank the attorney general for filing these charges. It’s about time.”
The charges Mr. Manibusan filed against the governor are, by and large, the accusations the CNMI House of Representatives made against Torres in their articles of impeachment, which now is with the Senate and pending trial.
Senators typically aligned with Torres – Senate President Jude Hofschneider, and Senators Karl King-Nabors, Victor Hocog, Vinnie Sablan, Justo Quitugua, and Francisco Cruz – have been blocking the attempt to remove the governor from office.
“The critics have said everything under the sun about our investigation, and so this is truly vindicating to see that charges have been filed,” Ms. Babauta said. “I pray for the people of the Commonwealth.
Now that the Commonwealth’s chief legal officer has found sufficient probable cause to charge the governor with 14 distinct crimes, Ms. Babauta quipped, “Well I guess the impeachment record was not all that disorganized.” The JGO chairwoman was referring to the latest attempt by Mr. Hofschneider to dismiss the articles of impeachment by technicality, by asserting the House’s submitted impeachment record was out of chronological order and needed to be re-collated and submitted.
“It’s such a relief to finally be able to see the fruits of our labor,” she said. “I want to thank the people of the CNMI for their patience and their understanding of the situation that’s about to be unfolded.”
“A friend of mine calls Ralph and his cronies the ‘untouchables,’ because that’s the way that people feel,” Congressman Ed Propst said. “Because all the things that have happened, despite everything, there had been no charges. But, today, what has just happened; it’s historic. It really changes the game.”
Asked whether he believes the CNMI senators who have been blocking the attempt to remove the governor from office now will reconsider their stance in light of the criminal charges, Mr. Propst said, “The Senate, for them to ignore this? Good luck in November. That’s all I gotta say about that. And if the people continue to say, ‘it’s okay, we’ll still vote you in,’ then we get the government we deserve. I really believe our people deserve better. And it’s time that we stand up against all this corruption. It is a wonderful gift from the attorney general to the people of the Commonwealth.”
See the Information filed below: 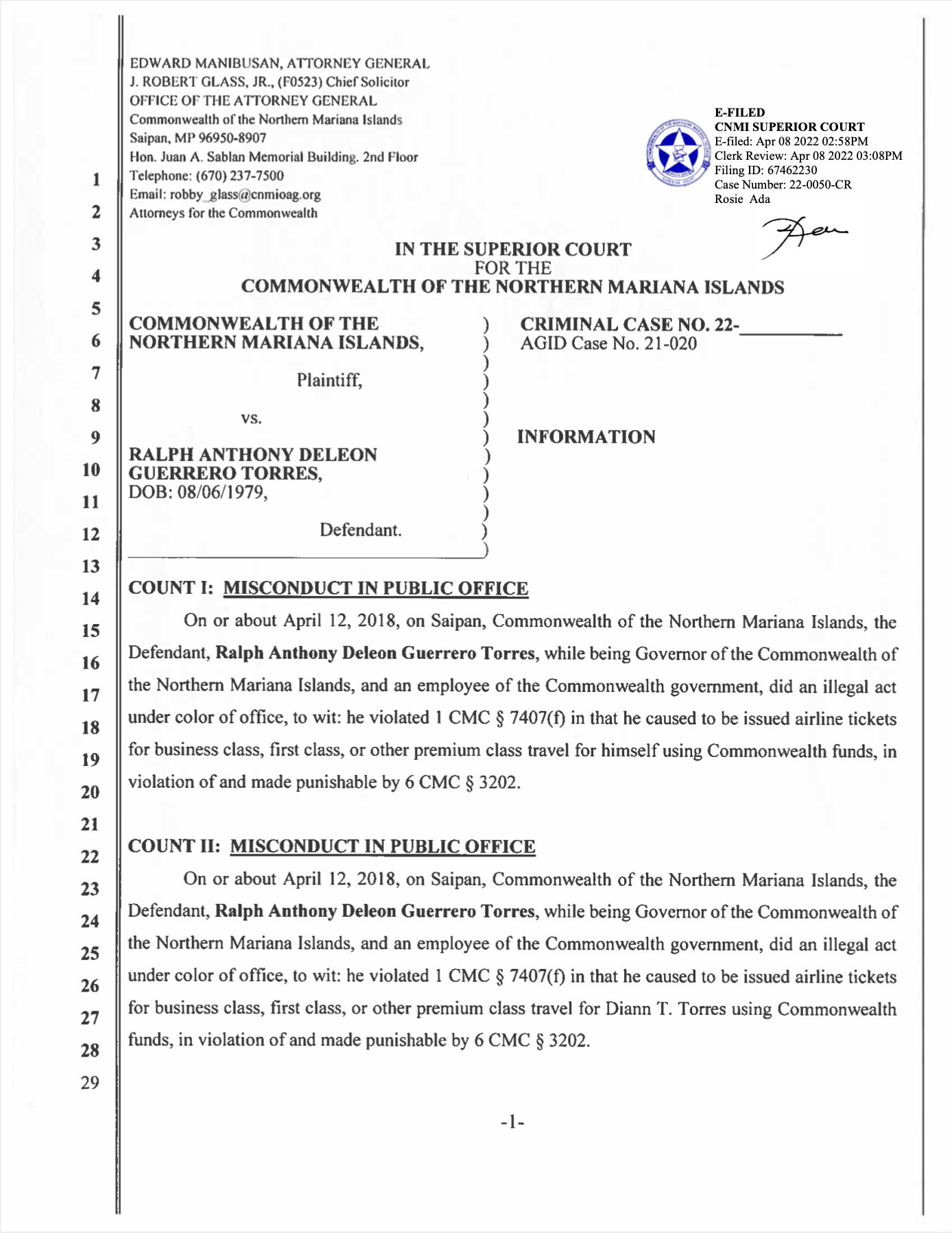 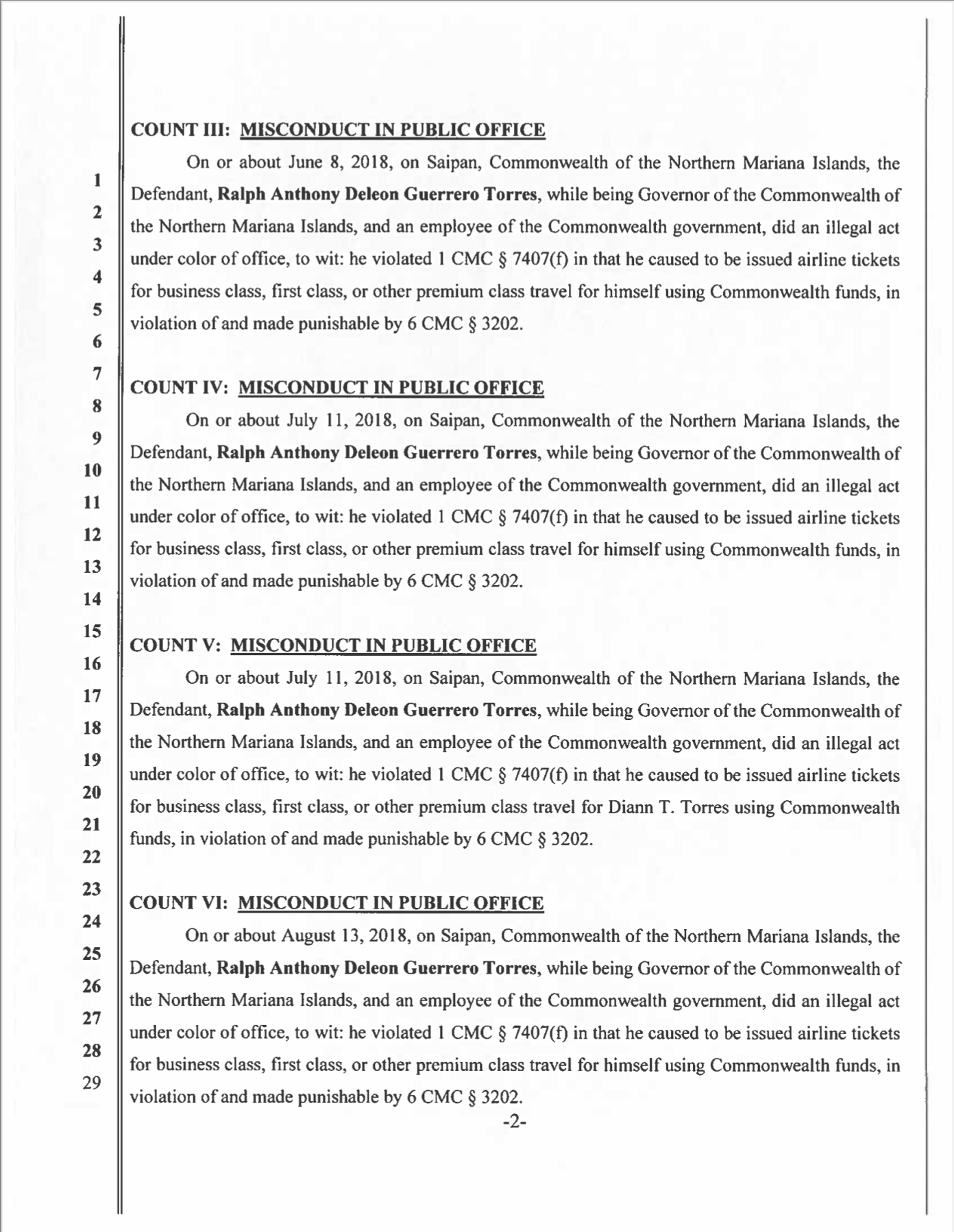 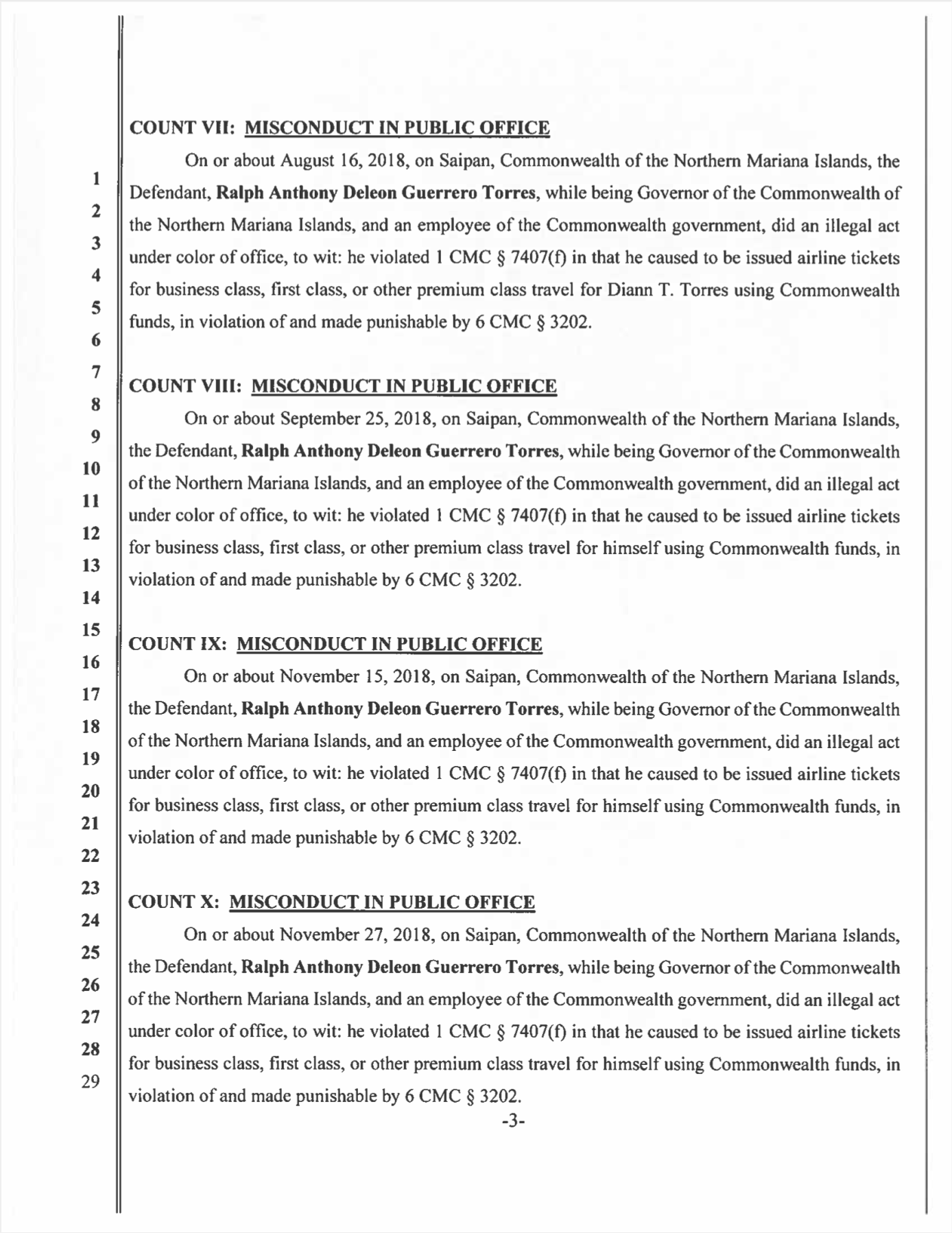 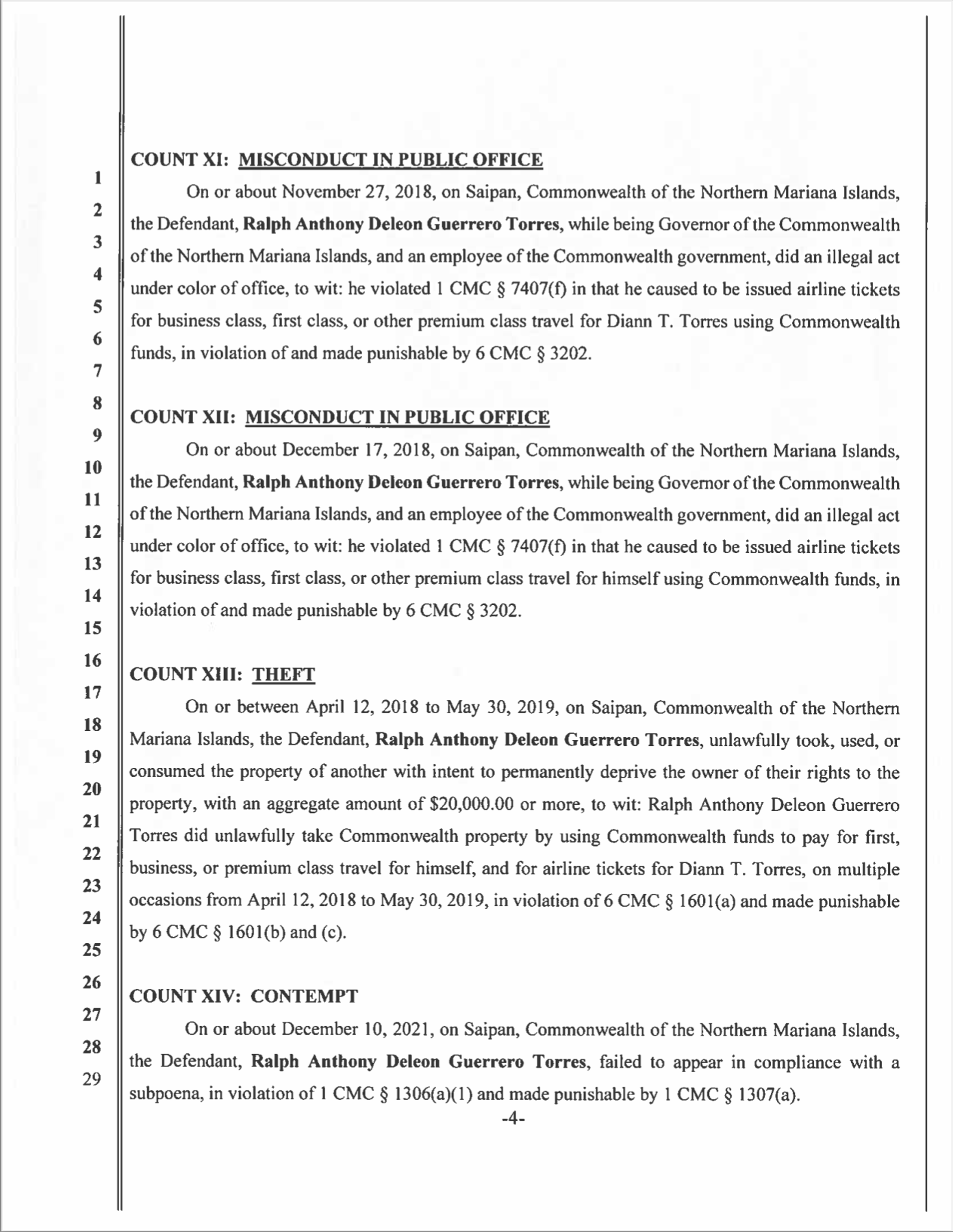 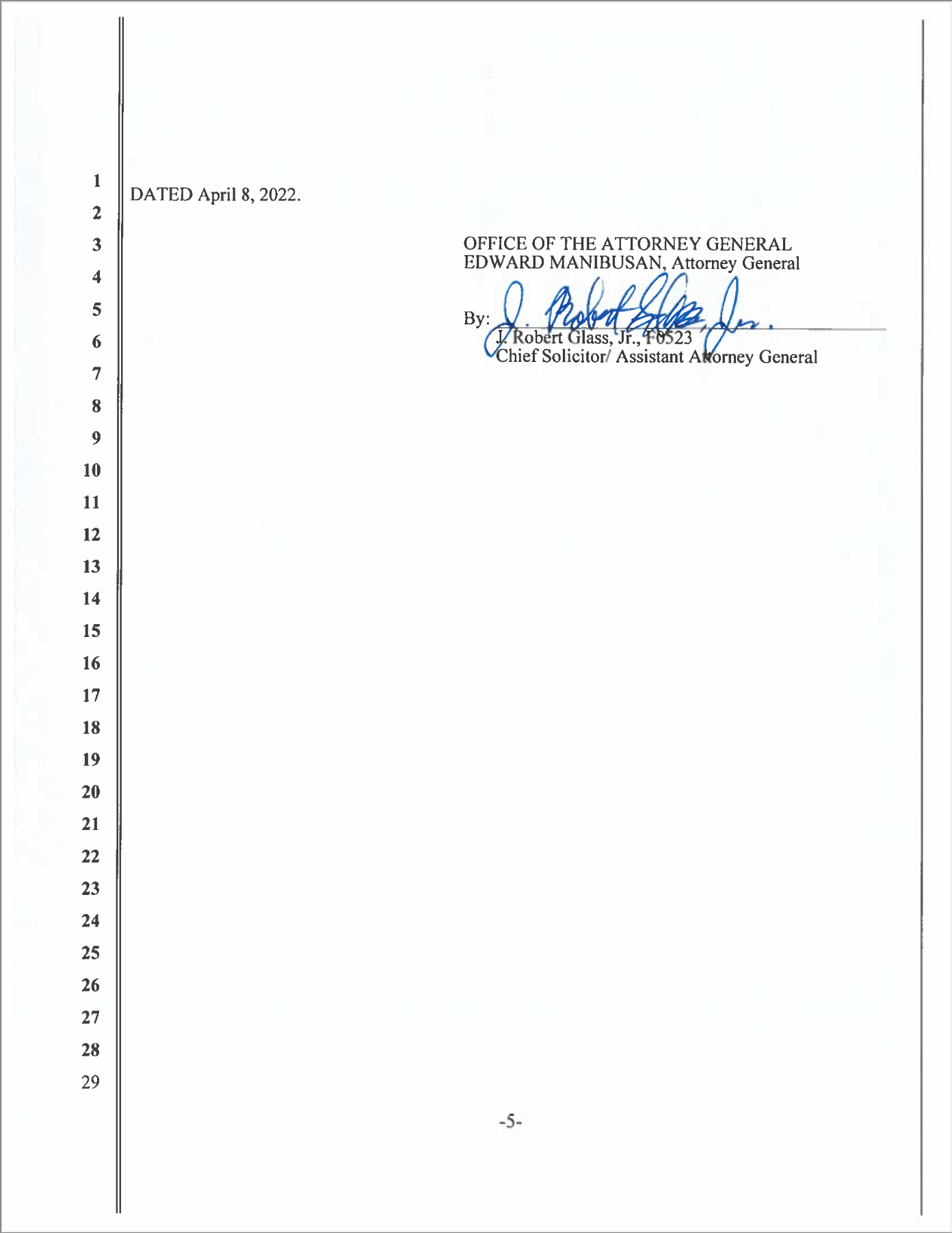