The Guam Real Estate Commission voted unanimously Monday to forward two complaints against Strickland to the Office of the Attorney General for investigation and prosecution.

The first complaint, verified by the Guam Department of Revenue and Taxation real estate licensing branch and its criminal investigations branch, accuses Strickland of materially altering two business licenses. According to commission chairman Chris Murphy, Mr. Strickland is accused of altering a business licenses in a scheme to falsely show that a home he owned and he was selling was properly licensed.

The second document he is accused of altering is a fake business license for his company, Tropic Life Investments, LLC. According to the licensing branch, Tropic Life, which has been doing business on Guam, is not a licensed company. According to the complaint, the fake business license may have been used so that Tropic Life could sell a four-unit income-generating apartment complex for more than $1 million just two weeks ago.

Mr. Murphy’s statement before the commission, which goes into detail about the accusations, is below:

Background Information: A few years back, the Military amended its off-base housing policy to include the submission of a current/valid Business License by the respective landlord for any property being rented by a military member. The military will not approve any lease without a current/valid business license. The process for obtaining a business license for a typical residential property includes obtaining clearance from Land Management, Revenue and Taxation, DPW, Guam Fire Department, and Guam Property Tax. Business licenses are good for one year and need to be updated annually.

The first business license is a “one unit” house rental license in the name of James Strickland for a property identified as 335B Dero Road, Ordot. A photo copy of the Business License was provided by Ms. San Nicolas. Upon initial review by Ms. Franquez, it was determined that the license had been altered with respect to the Property Owner’s name, the legal description of the property, and the physical address of the property.

While the Business License provided to Ms. Franquez was a photo copy, it is evident that there have been alterations made based on the use of different fonts and the appearance of white-out in the name, legal description, and physical address lines. In addition to this, the GRT number and Serial # on the license belong to someone else.

Efforts to obtain a copy of the lease agreement submitted on this property from the Military Housing Office were unsuccessful, however, the email from Ms. San Nicolas references that a lease indicating Mr. Strickland as the owner/agent was submitted with the altered business license.

Research online indicates that Tropic Life Investments, LLC is a Florida LLC formed by Mr. and Mrs. James Strickland on 12-31-2019. The LLC engages in the buying and selling of properties across the United States with primary markets being Florida, Georgia, and Indiana.

Ms. Franquez responded to the Military Housing Office indicating that they should not accept the Business Licenses and also provided copies of the Business Licenses to the Criminal Investigation Division of Revenue and Taxation for their review as well. As of this meeting, no action has been taken by CID.

In reviewing the Business License, we looked at the Guam Multiple Listing Service and found a closed listing (01-12-2022) for the property identified on the License. The property was owned by Mr. Strickland who sold it for $1,050,000 (Based on info obtained from the MLS system). The property was sold as an income producing property comprised of a 4-plex apartment building. At the time of the sale, Mr. Strickland indicated that the property was fully leased out (we assume to military personnel based on the rental amounts). The first question is: Does the military know that the four leases on this property were approved based on an altered document? The second question is: If Mr. Strickland used an altered Business License, did he do so with the intent to avoid filing and paying GRT’s?

Do we know if there have been any complaints issued against Mr. Strickland addressed to the Guam Association of Realtors? Do we know what actions if any have been taken by GAR? Yes several have been presented and are in various stages of review.

Portions of Title 21 which may apply…

Based on S104302   a) Making any substantial misrepresentation i) Any other conduct, whether of the same or a different character than specified in this section, which constitutes fraud or dishonest dealing

In addition: We should make a motion to establish a working committee to work with the military on the business license issue and identify other issues they may have concerns about. The committee should include someone form business licensing, RE Commission and others to be determined.

Complaint by military service member and her veteran husband 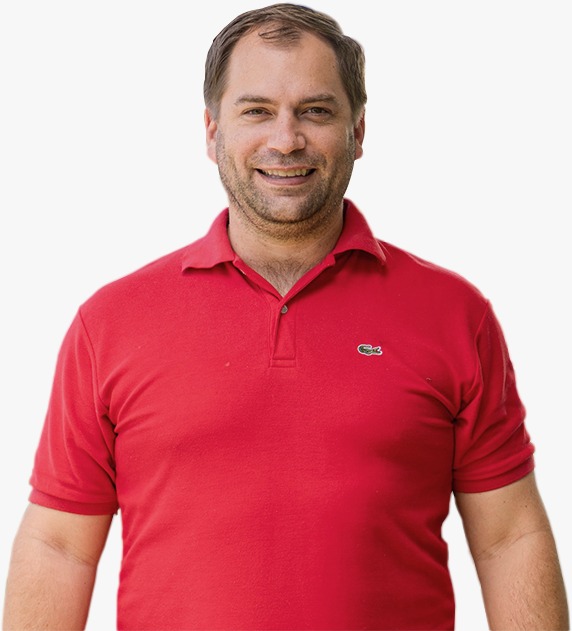 Following the commission’s unanimous vote to send the first complaint to the OAG for investigation and criminal prosecution, commissioners discussed another complaint against Mr. Strickland. The complaint was brought by Naval veteran Thomas Payne, according to Mr. Murphy. Mr. Payne’s wife, though referenced as a complainant damaged by Mr. Strickland’s alleged conduct, was not named by commissioners. She was referred to, however, as an active duty member of the U.S. Navy stationed on Guam.

It is noteworthy that Strickland is a lieutenant in the Navy assigned to Joint Region Marianas– the military’s command for this region.

The details of the Paynes’s accusations against Mr. Strickland, as stated by Mr. Murphy, follow:

Mr. and Mrs. Payne entered into a sales agreement on August 8, 2021 to purchase a single-family home located in Talofofo with a purchase price of $600,000.00. Mr. and Mrs. Payne have filed a complaint with the Real Estate Branch dated 12-23-2021. The complaint focuses ethical issues as spelled out in the Realtor Code of Ethics as it applied to the sales transaction.

Mr. Strickland had an ownership interest in the property, which was disclosed on the MLS listing sheet, and was also verified through public records with Land Management. Mr. Strickland also served as a dual agent in the transaction, representing himself as the seller and the Paynes as the buyer. This was properly documented in writing and signed by all parties to the transaction.

With respect to Article 1 of the Code of Ethics, the Paynes contend that Mr. Strickland did not fulfill his fiduciary responsibilities to the buyer by not protecting or promoting their best interest in the transaction.

They also contend that Mr. Strickland did not honestly market the property by failing to disclose that the property was semi concrete, and not a fully concrete structure as indicated by the Guam Multiple Listing Service information sheet.

In addition, they contend that Mr. Strickland did not accommodate their efforts to schedule the appraiser and home inspector inspections.

With respect to Article 2, the Paynes contend that they requested an extension on the physical contingency clause due to the fact that the house renovation was not completed, but Mr. Strickland refused to sign and threatened to keep their earnest money deposit for not meeting their contingency deadlines.

With respect to Article 3, the Paynes contend that Mr. Strickland misrepresented the availability of access to show or inspect the property.

With respect to Article 6, the Paynes contend that Mr. Strickland failed to honor an agreement to make several payments for a closet system, house supplies, and a Pest Inspection Report.

The Paynes have indicated that they have an active lawsuit with respect to the previously mentioned closet system and house supplies payments.

I think the major issue involved in this claim relates to Mr. Strickland’s failure to disclose a material fact in marketing the property (the semi concrete roof). As a seasoned Broker, he should know that semi concrete homes are difficult to insure at best and as a result, difficult to obtain bank financing.

This transaction is a good example of the challenges that can arise in a dual agency relationship, but Guam currently has no dual agency law in place although Mr. Strickland did disclose it and all parties signed a dual agency agreement.

The relationship between the Paynes and Mr. Strickland appears to be one of a friendship that deteriorated based on Mr. Strickland’s alleged unprofessional and informal handling to the purchase process. For example, there is no formal written request to extend the buyer’s physical contingency requirement due to incomplete renovation. This would be normally prepared by the buyer’s agent.

In the end, the Paynes were able to cancel the agreement and get their earnest money deposit (less $100 for the Pest Inspection) back.

The same sections may or may not apply to this claim.

Based on S104302   a) Making any substantial misrepresentation i) Any other conduct, whether of the same or a different character than specified in this section, which constitutes fraud or dishonest dealing

One of the issues I would have concern about is their statement that Mr. Strickland gained their trust and influenced them into investing in an unrelated renovation project with him as a result of his higher ranking position in the military.

Commissioners voted unanimously to forward the Paynes’s complaint to the OAG for further review and possible prosecution.