Violent crime is increasing on Guam, while the number of police officers to prevent and solve crime hits new lows.

Precincts from north to south of the island are responding to an alarming number of family violence, sexual assault, burglary, and assault cases, according the police blotter issued by the Guam Police Department, and to the daily magistrates reports from the local court system.

“Two hundred sixty uniformed officers,” police spokesman Sgt. Paul Tapao answered, when asked by Kandit how many active cops are on the beat. This is the leanest GPD has been in anyone’s memory. During the Calvo administration and at the start of the Leon Guerrero administration, police officials acknowledged the uniformed force of slightly-above 300 officers was significantly insufficient to fight crime. A multi-agency effort was undertaken to fill the ranks of police officers.

Kandit has asked what has caused so many officers to leave the police force, and what steps are being taken to hire more officers. GPD police chief Stephen Ignacio has ignored the questions and Kandit’s persistent follow up.

Based on a previous interview Mr. Ignacio had given Kandit, the police force that was then numbered around 290 uniformed officers, was insufficient to cover three general shifts throughout the day, 365 days a year. The police force’s crime-fighting apparatus divides its duties among four neighborhood patrol precincts, highway patrol, criminal investigations, forensic science, and special operations. At any given time, for example, the Dededo precinct, which responds to reports of crime at homes and businesses throughout Dededo and Yigo, can have as few as four police officers on shift. One of those officers is the shift commander, who must stay in the precinct and attend to, among other things, walk in complaints. 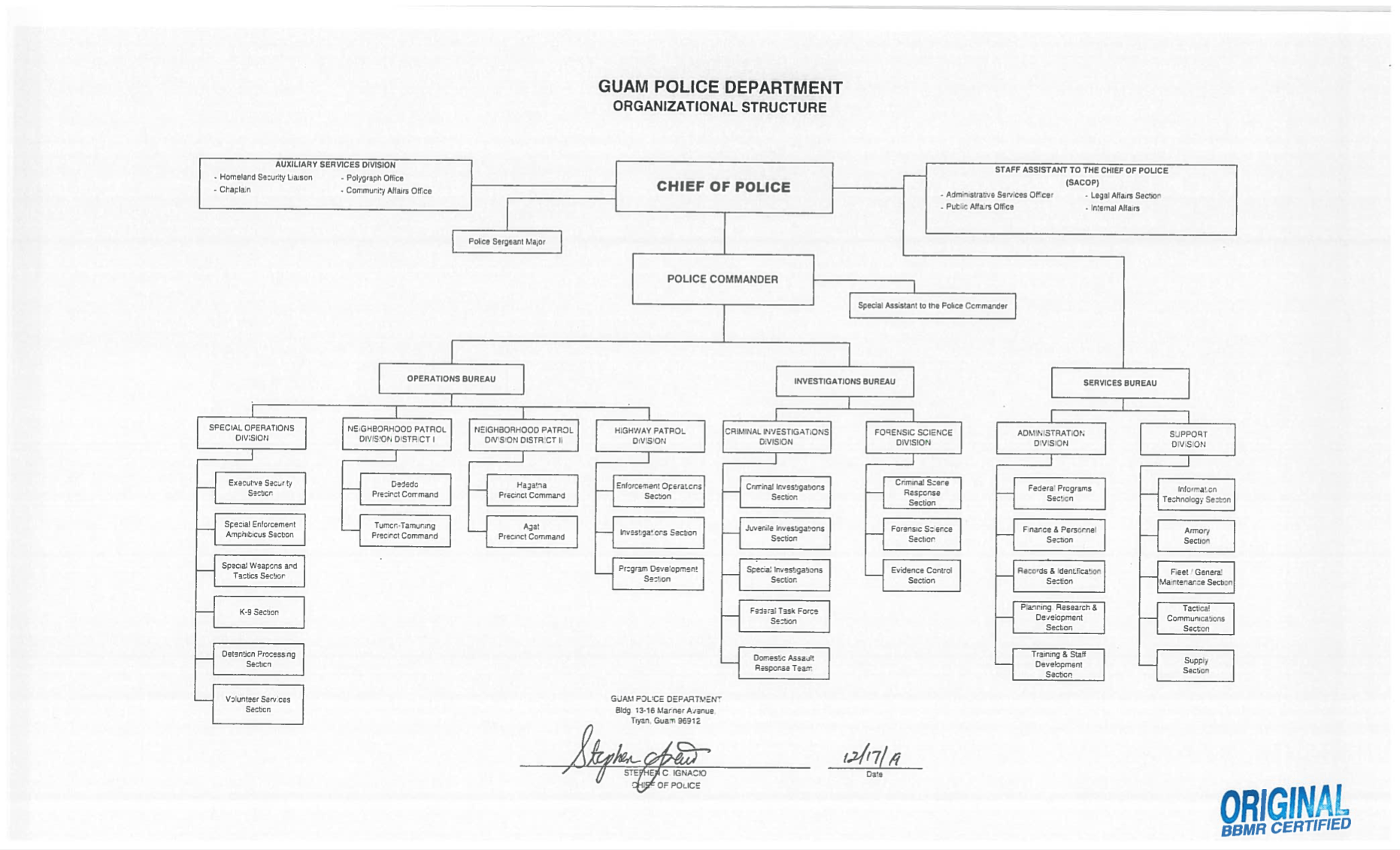 According to the new fiscal year budget request Mr. Ignacio submitted to the Guam Legislature in January this year, the police chief did not request even one dollar more from the $29,516,037 his agency received in local funds last Fiscal Year 2021 out of the nearly-$1 billion Fiscal Year 2022 budget pie. According to the budget request, he planned to zero out overtime costs in FY 2022 (FY 2021 budget authorized $540,000 in overtime), and cut contractual services by nearly $800,000 in order to increase the personnel budget. In the breakdown of personnel costs from the General Fund, however, the police chief allocated as much to his office as he would allocate to the entire Southern Precinct Command in Agat, or slightly south of $1.5 million. He allocated even more to the special operations unit, nearly $1.8 million, which is equal to the allocation for all of the Northern Precinct Command in Dededo. 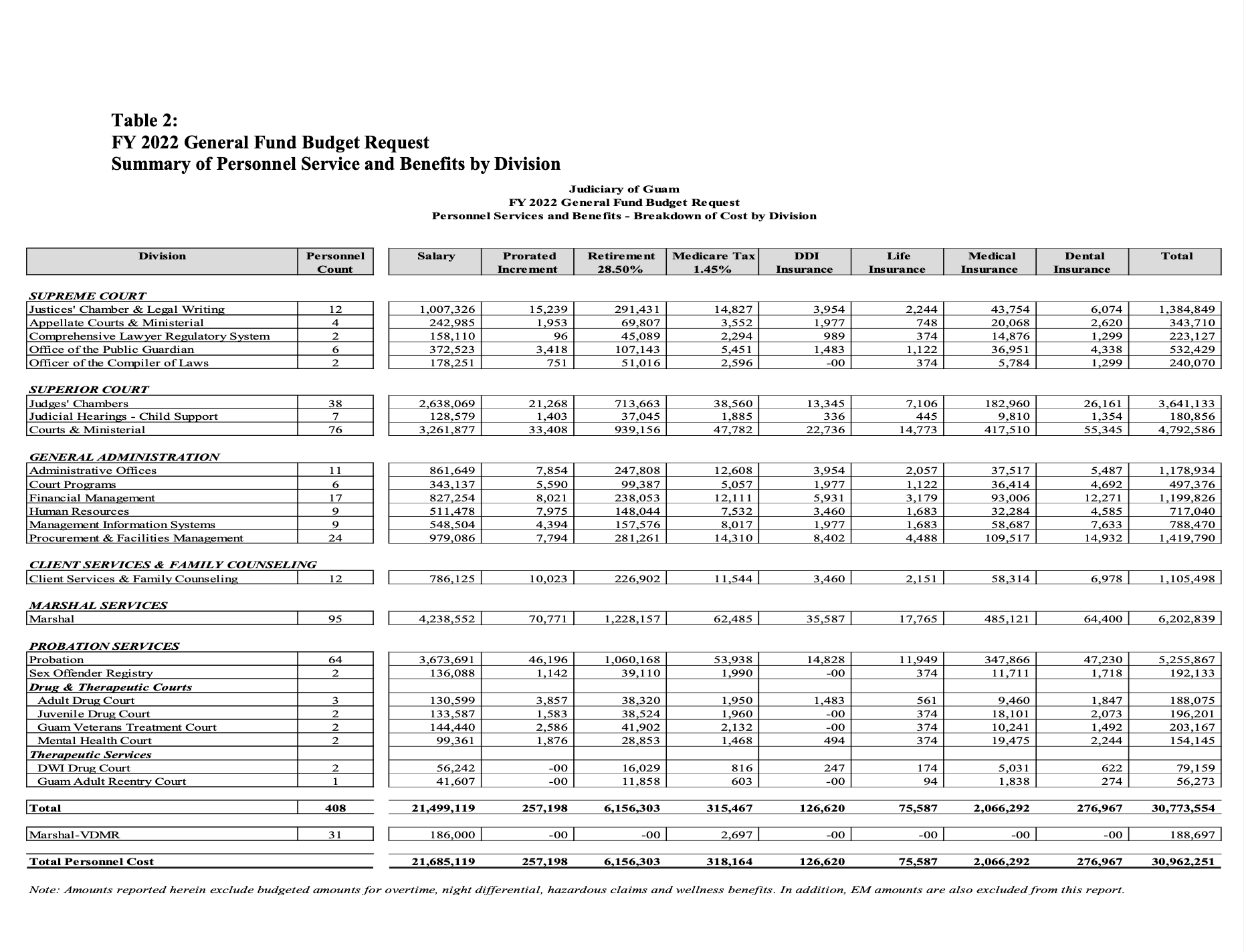 The Guam Legislature has funded the law enforcement operations of the Judiciary of Guam more than it has GPD. According to the court’s breakdown of funding levels, the cost of funding the salaries of its 159 marshals and probation officers is $7,912,243. According to the police chief’s allocations, the combined salaries of all the officers who run the four police precincts is nearly two million dollars less, at $6,271,423.

The judiciary sets its own pay scale in which its officers are paid much higher salaries than Guam police officers. The irony is that some of the work GPD officers do helps to pay for the higher salaries their colleagues in the Judiciary get.

According to Public Law 17-82, fines paid to the court are directed to the Judicial Building Fund, which was established by the Seventeenth Guam Legislature during the Ada administration to pay for the Guam Judicial Building. Those fines include the tickets Guam police officers write. In a nut shell, Guam police officers do the work to enforce traffic laws, set up speed traps, surveil for motorists not wearing seatbelts or safety helmets on bicyclers, look for drivers on their cell phones, and pursue speeders. After all that work, police officers write the ticket and the corresponding report. They prepare for the day the offending resident is notified to appear in court, and sometimes will testify, if the offender takes it that far. More often than not, the violator pays the fine before the court date, or the judge sides with the officer, and the violator has to pay the fine anyway. After all is said and done, all of that money goes to the court systems, and not to GPD.

In 2005, then-Public Auditor Doris Flores Brooks released a performance audit of the Judicial Building Fund. It showed the court took nearly half-a-million dollars in traffic fines and other revenue resulting from the work of police officers, and paid for lobbying services from disgraced and convicted felon Jack Abramoff. Correspondence that made its way into the public arena showed a vast conspiracy involving Mr. Abramoff, officials from the Republican National Committee, local republican leadership, and even a former federal prosecutor to falsify accusations and discredit former Gov. Carl Gutierrez, a democrat. The audit covered the period from October 1999 through September 2004. 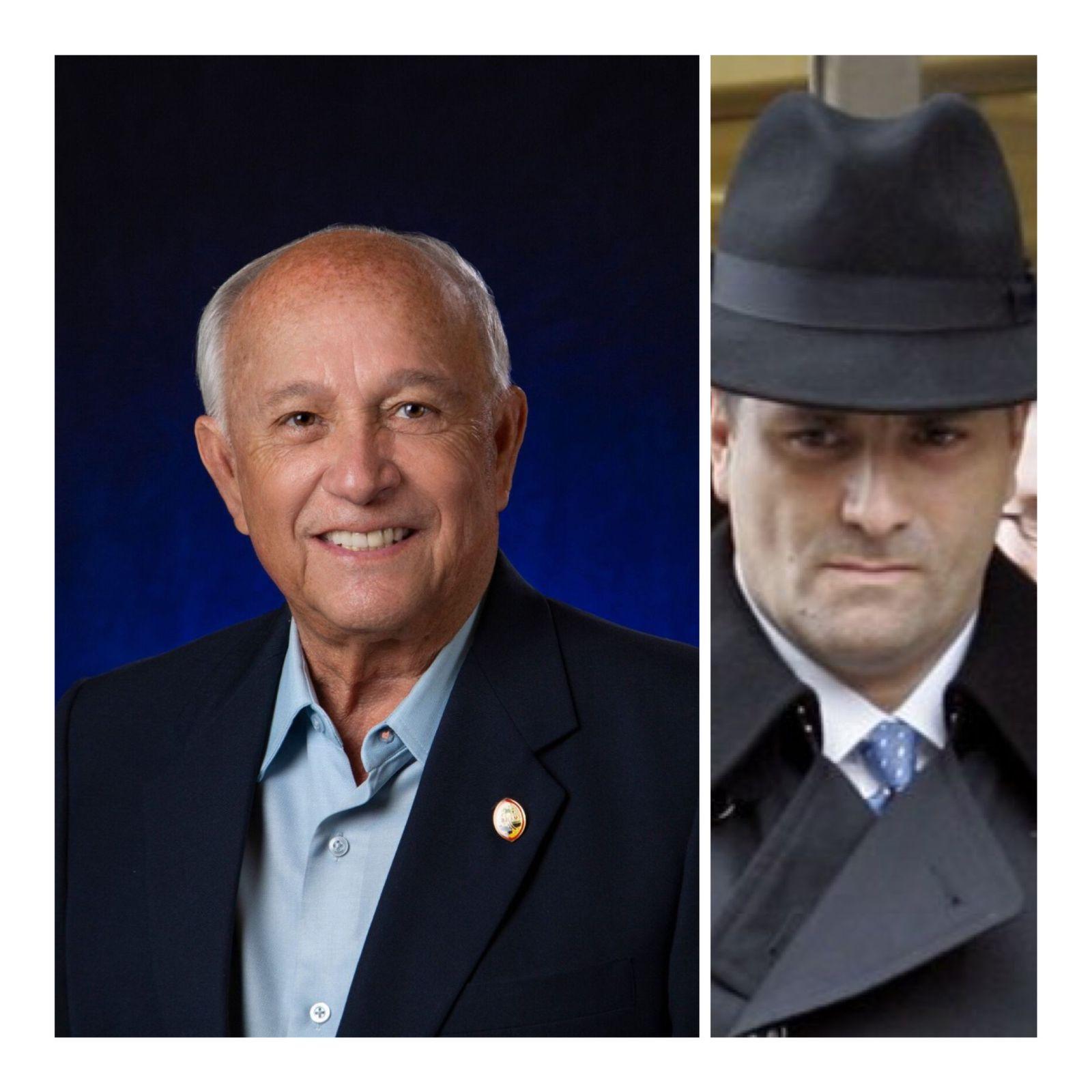 Mr. Gutierrez left office after serving an eight-year tenure as governor in January 2003. The audit confirmed the first payments, a retainer to Howard Hills, who was the conduit to Abramoff’s lobbying firm, occurred in 1998, prior to Mr. Gutierrez’s re-election campaign. That also was the year a federal prosecutor began making public accusations against the governor that mirrored attacks by the local republican party and anonymous sources of ads that ran in newspapers and broadcast stations.

The attacks and the payments to Abramoff continued into 2002, when Gutierrez’s wife, First Lady Geri Gutierrez, ran for governor.

What didn’t continue? A commitment to a robust police force. During the Gutierrez administration, GPD was nearly 500-uniformed officers strong. A quarter-century later, it struggles to enforce the laws of Guam at a force of only 260 as of Thursday last week.