It was a democratic senator in 2004, who led the effort to keep the Primary Election for democrats open to all voters. You may recognize her name.

The Democratic Party of Guam Tuesday night voted to invoke a 2003 court ruling allowing political parties to restrict the Primary Election to the registered members of the respective party. Out of 50,066 registered voters, only 2,501 are registered democrats and 1,760 republicans. Republican Party of Guam chairman Juan Carlos Benitez said on The Ray Gibson Show Wednesday that his party would not be exercising such a draconian limitation on voters.

Since 1970, Guam law has allowed registered voters to vote in either the republican or democrat sides of the ballot in the Primary Election (so long as voters don’t cross over), no matter the voter’s actual party registration. In 2003, Superior Court of Guam Presiding Judge Alberto Lamerona III ruled that, beginning in the election of 2004, each political party has the option to continue the open primary format, or to close the primary to only those registered under their respective party.

On February 24, 2004, the Democratic Party of Guam created an ad-hoc committee for the lone purpose of determining whether the party would continue supporting an open primary, or if democrats should close it to registered party members only. 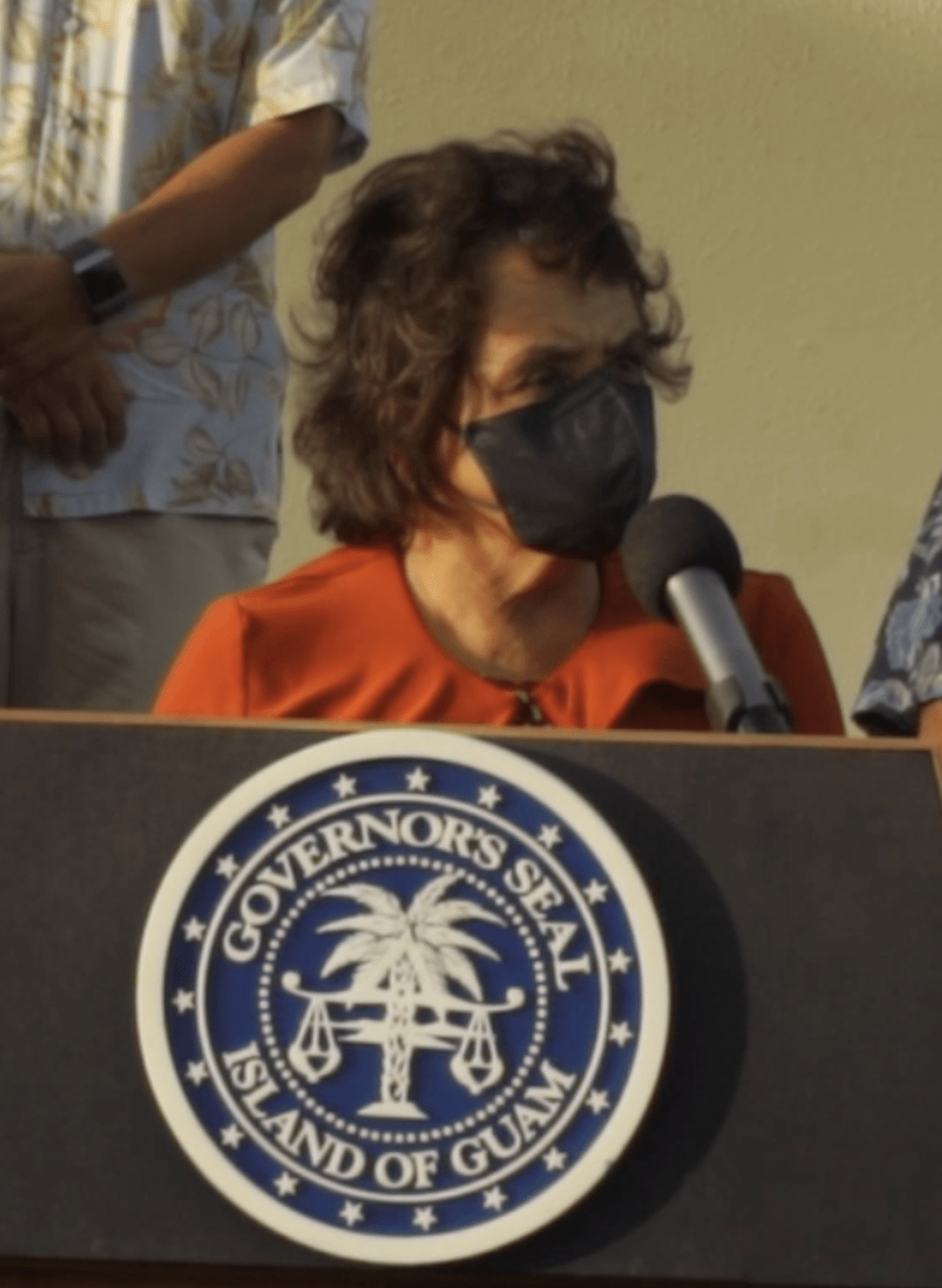 The party’s acting chairwoman at the time, Isabel “Becky” Lujan appointed one senator and one mayor to chair this committee: then-Sen. Lou Leon Guerrero and then-Yona Mayor Jose “Pedo” Terlaje, “for the purpose of making policy recommendations for the Party to adopt and to procure legal representation relative to Civil Case No. 1456-03.”

That was the court case, where Mr. Lamorena ruled the political parties have the option to close the Primary Election.

“The By-Laws of the Democratic Party of Guam do not mandate registered voters to make any public declaration of party preference or require proof of party membership to participate in the Democratic Primary,” Democratic Party Resolution No. 2004-04 states. “The Ad-Hoc Committee convened on February 27, 2004 and has recommended the following:

The recommendations by Ms. Leon Guerrero and Mr. Terlaje were adopted by the party on March 4, 2004.

Eighteen years later, and just one week after learning she faces a daunting challenge from fellow democrat Michael San Nicolas, Ms. Leon Guerrero’s surrogates who run the Democratic Party of Guam have done a complete about face. 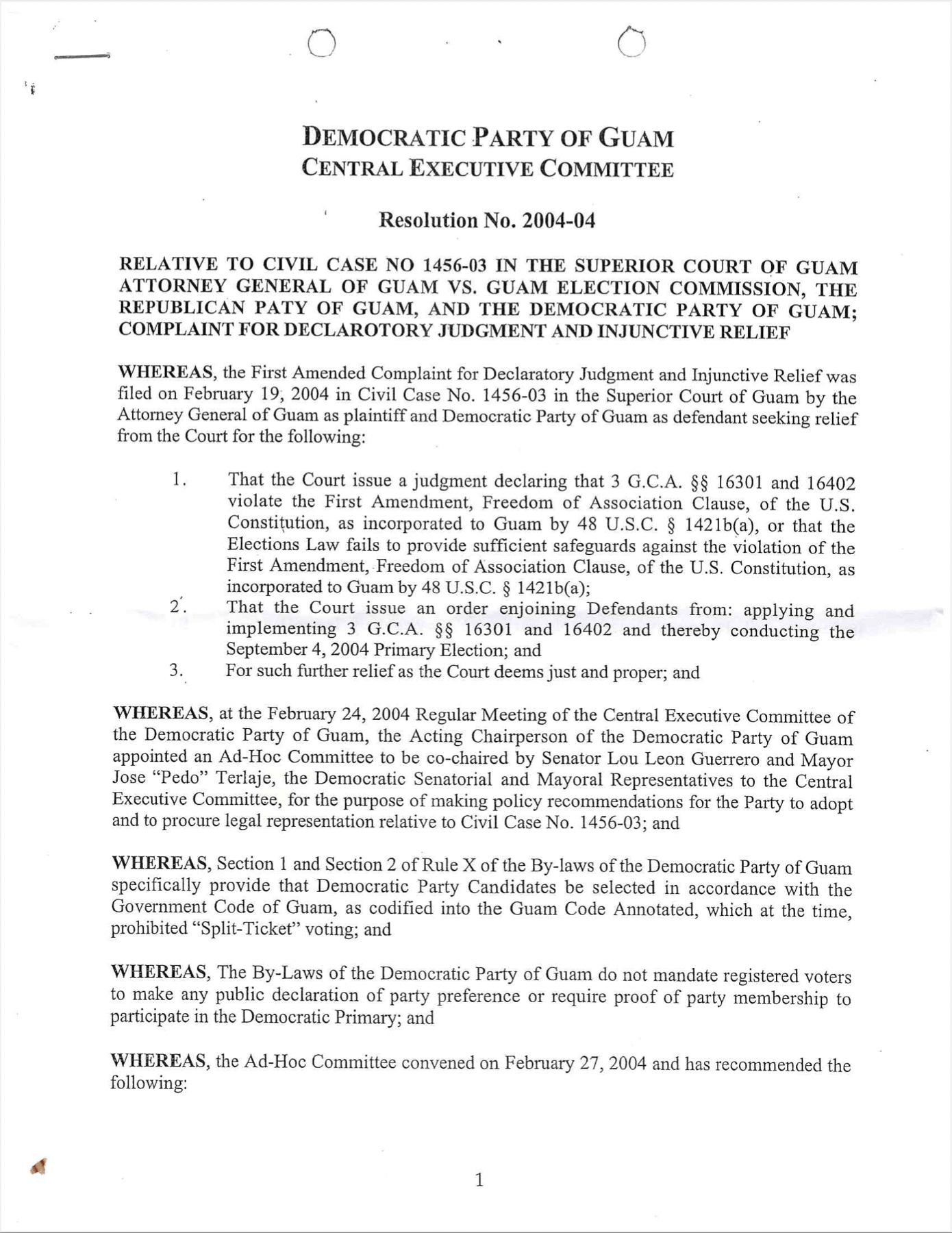 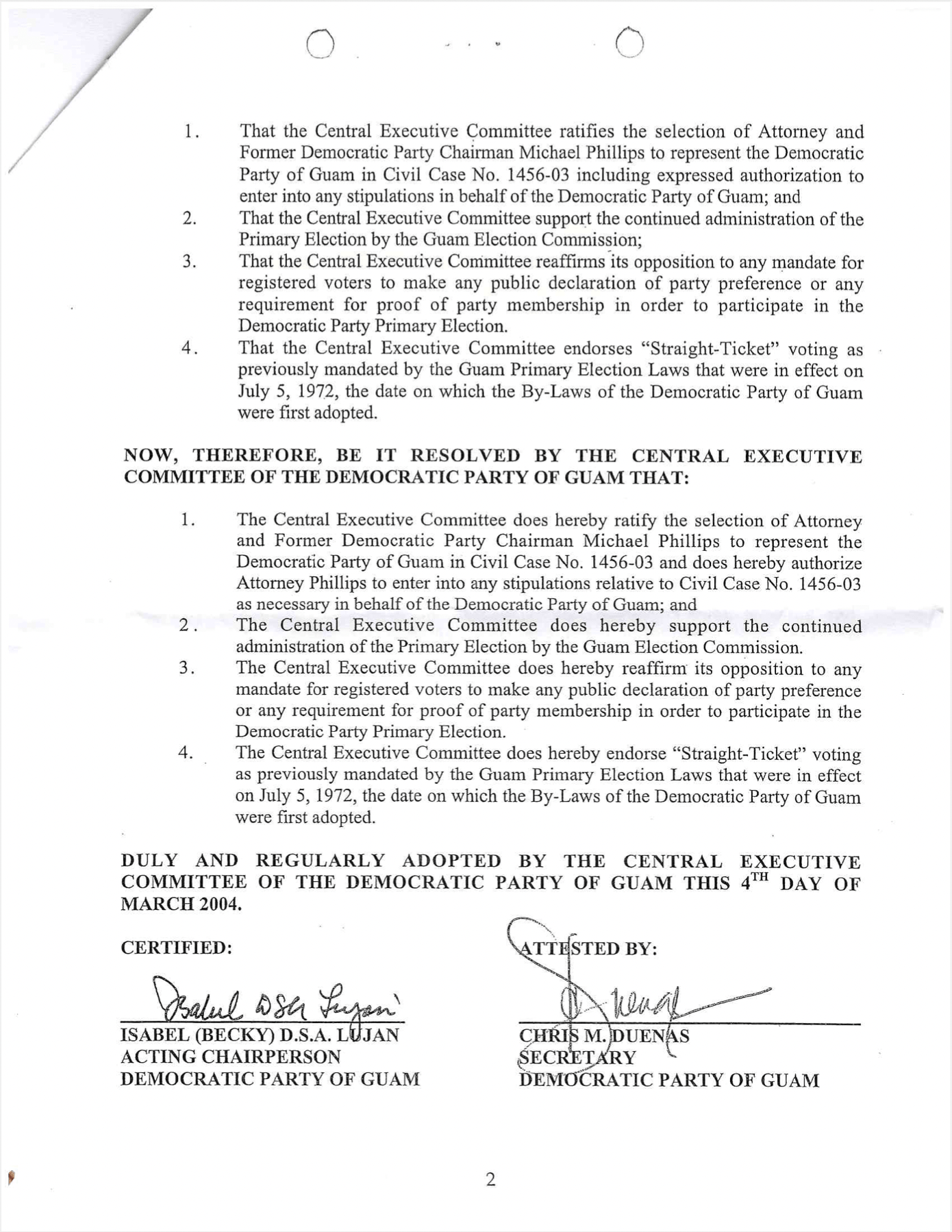