Home >> Documents: Chinese migrating to Guam in boats transferred to them in Saipan days before arrival

Documents: Chinese migrating to Guam in boats transferred to them in Saipan days before arrival

One of the boats that transported Chinese nationals to Guam in July was sold to one of the migrants by a Saipan couple with close ties to both Gov. Ralph Torres and the Department of Public Safety, according to a July 8, 2022 notarized Vessel Bill of Sale. 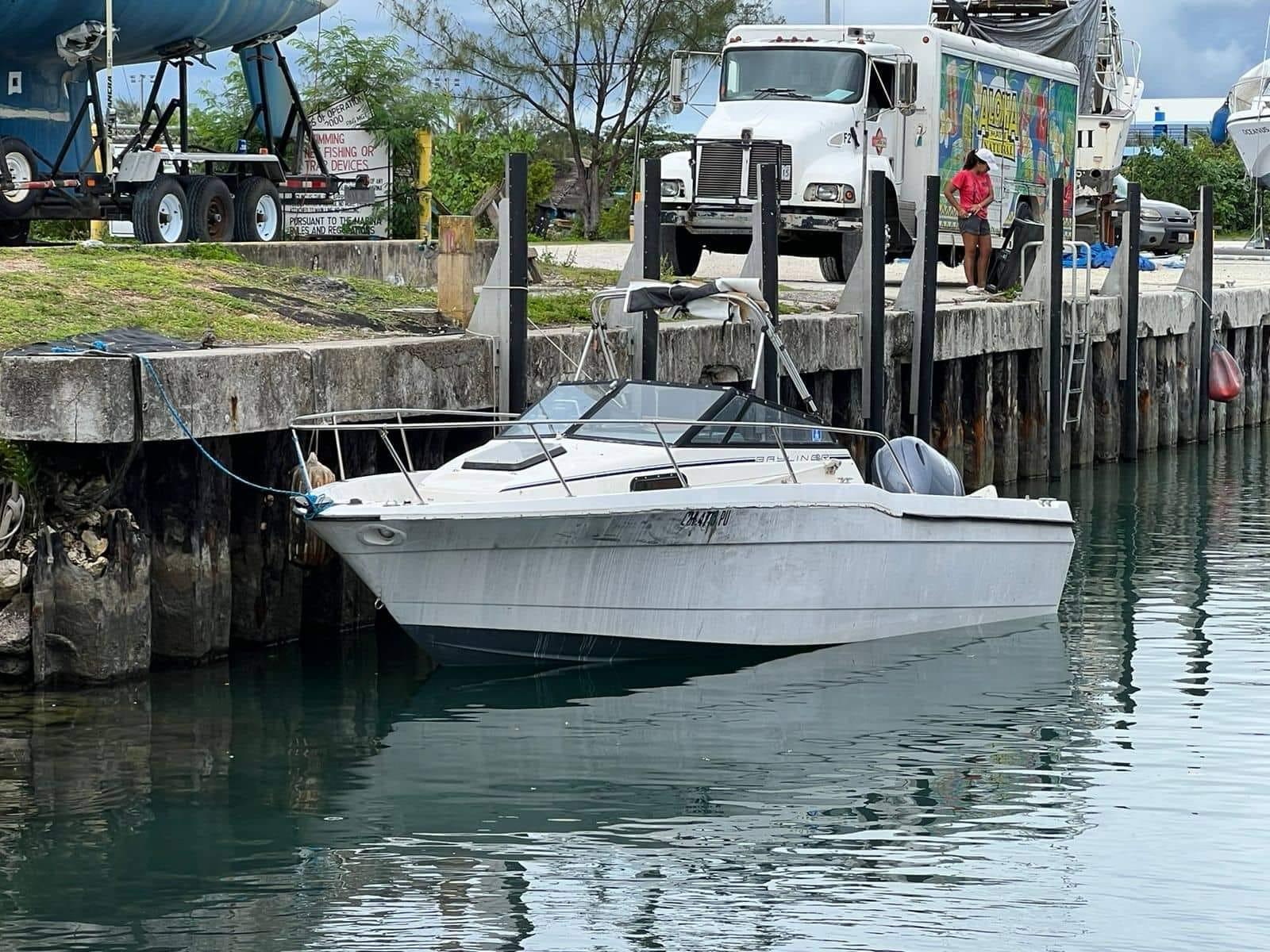 Kandit sent pictures of the boat, the Chinese nationals caught disembarking at the Hagatna Boat Basin, the bill of sale, initial registration, and copies of the identification cards of the previous owners to Guam Customs and Quarantine Agency director Ignacio “Ike” Peredo. Mr. Peredo confirmed that, indeed, the boat sold in Saipan to Chinese national Fu Li – according to the records – is the same boat that brought the migrants to Guam in late July.

According to the documents filed with the Commonwealth government, Li bought the boat – a 20-foot Bayliner – from Rose Ann and Steven S. Dela Cruz. 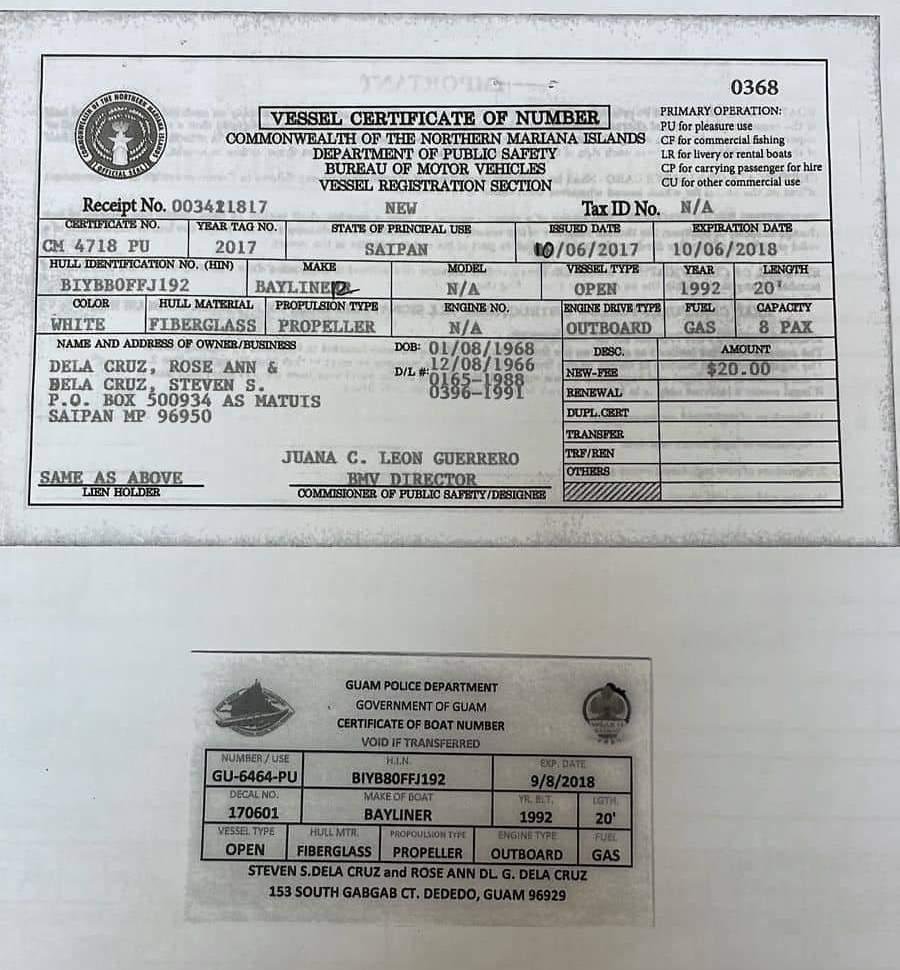 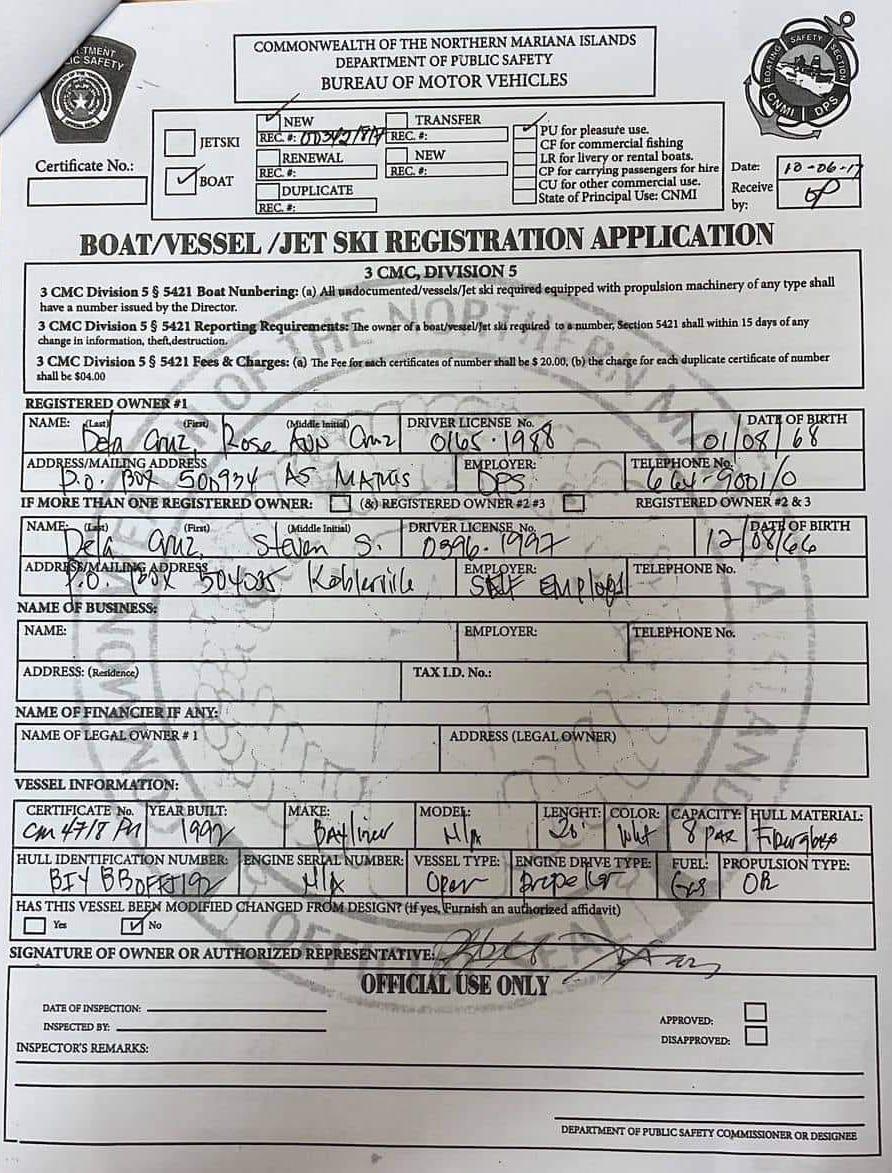 Whether the Dela Cruzes knew the boat would be used to transport Chinese nationals to Guam is unknown. Neither of them answered calls to the numbers listed on their boat registration form. 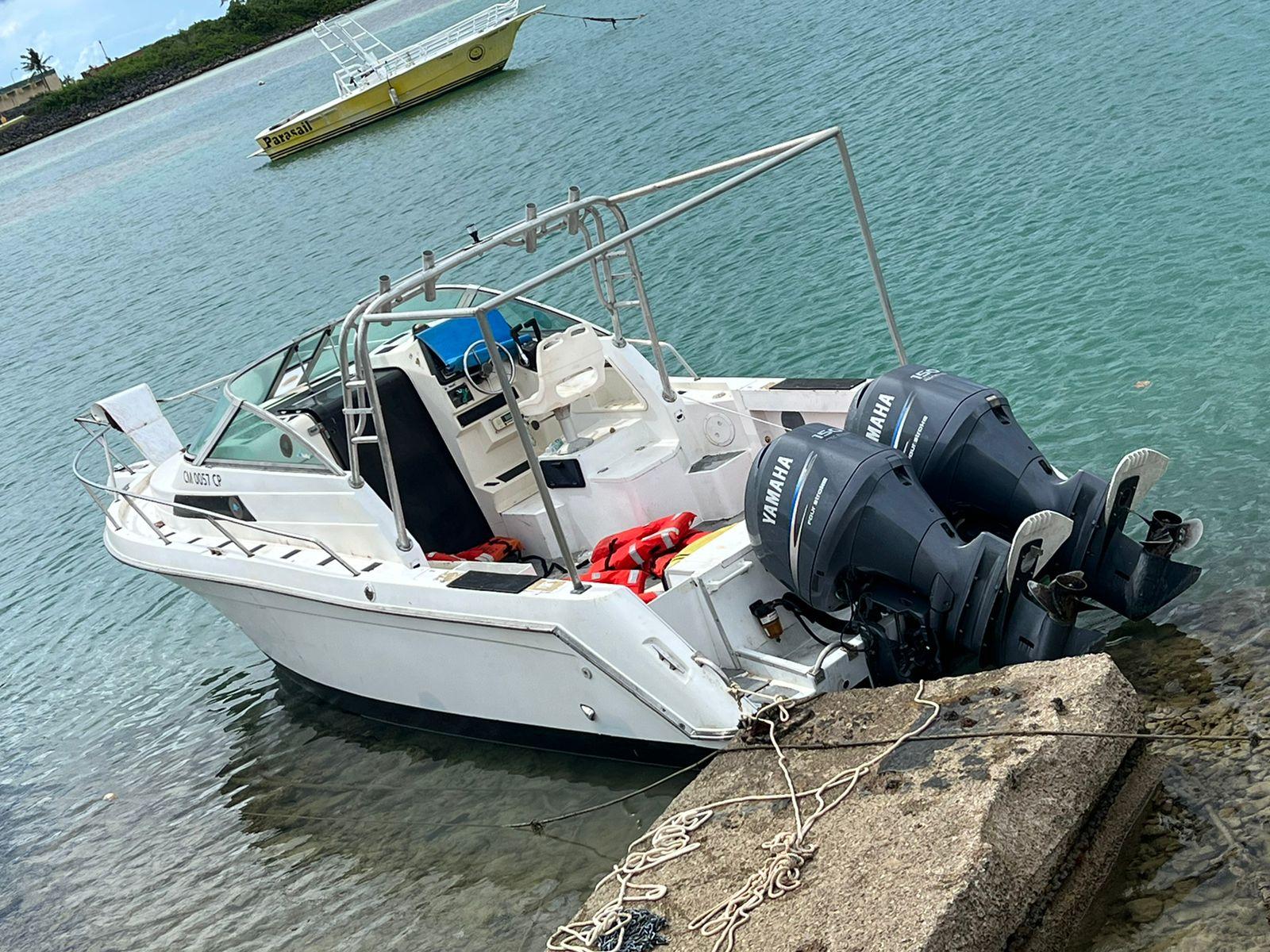 The incident of boat ownership transfer in Saipan to Chinese nationals is not isolated, though. Not four days after the Dela Cruz’s Bayliner entered the island through the Hagatna Boat Basin, another boat carrying migrants docked at the same location. On July 31, 2022, a 26-foot Wahoo registered to Xiaojuan Sun carrying 10 Chinese nationals docked in Hagatna. According to a Vessel Certificate of Number issued by the CNMI DPS Bureau of Motor Vehicles, the boat was registered to Mr. Sun only two days prior– a Friday.

“Upon receiving the information about this arrival from our Guam Fire Department partners, Guam Customs instructed officers to respond to the location,” Mr. Peredo, the customs director, wrote in his confirmation of Kandit’s findings. “Our officers performed customs inspections of the boat, baggage, and other articles found on the boat to ensure the enter ability of both people, baggage and merchandise. No contraband or prohibited articles were discovered during Guam Customs processing and examination. Agents from the Homeland Security Investigation also performed their confirmation processing of the nine individuals to ensure they were in HSI’s database for Chinese nationals paroled into the CNMI. 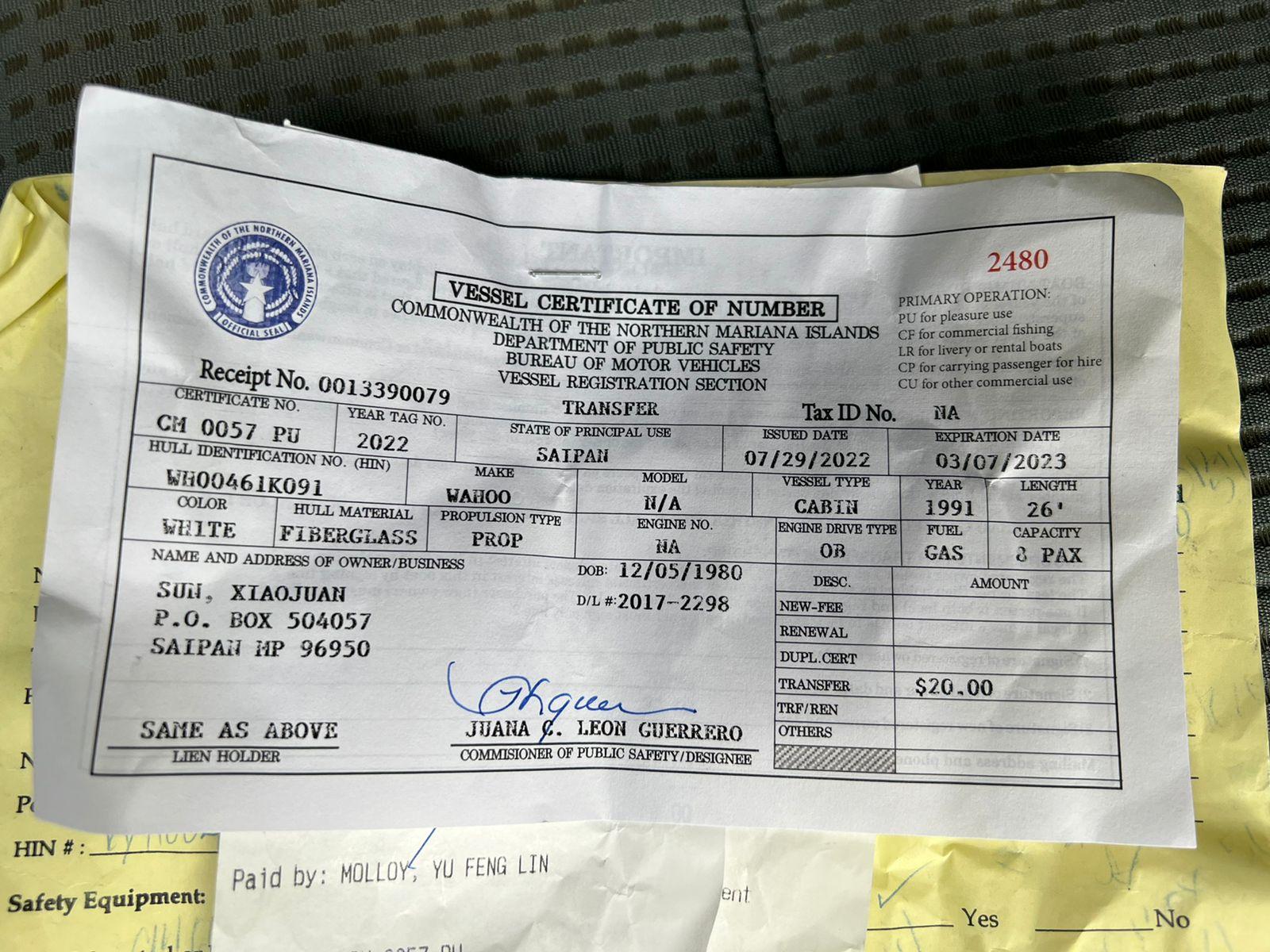