Home >> Edith: The pioneer of the opposition

Edith: The pioneer of the opposition

This is the first of a five-part series, where Kandit brings to you biographical information on five democrats rumored to be contenders for the party’s nomination for governor of the Commonwealth of the Northern Mariana Islands. According to Democratic Party of the NMI chairwoman Nola Hix, as of the evening of Saturday, October 23, three qualified voters of the CNMI have submitted letters of intent to seek the party’s nomination for governor. Ms. Hix said November 1, 2021 is the deadline for interested candidates to submit their letters of interest to her in order to be considered to be the party’s nominee for governor in next year’s election. The party will announce its nominee by November 4. 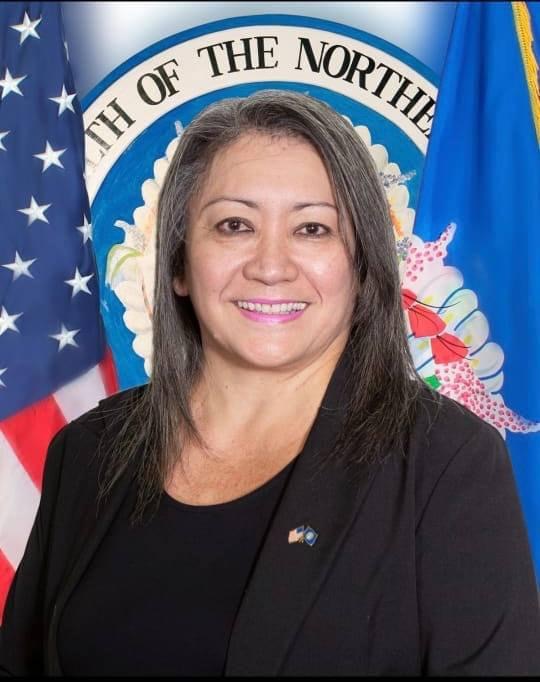 Sen. Edith Deleon Guerrero will not just be the first female governor of the Commonwealth if she successfully seeks the office through the Democratic Party of the Northern Mariana Islands. In prospectively defeating Ralph Torres in the general election of 2022, she will effectively have politically slayed the man who tried to bury her at the height of his power.

Of all the possible challengers to the incumbent governor, Ms. Deleon Guerrero has been his longest-running critic. Long before the split between Torres and Lt. Gov. Arnold Palacios; before Sen. Paul Manglona became the lone voice in the CNMI Senate questioning Torres’s fiscal policy; before Rep. Ed Propst’s free-style live speeches began inspiring the opposition, there was the lone voice in the cold political wilderness: Edith Deleon Guerrero.

And when she started speaking up against Ralph Torres, it wasn’t just cold, where she stood. There was the bone-chilling echo of her voice bouncing off the impenetrable forcefield of King Ralph’s imperial fortress.

Ms. Deleon Guerrero once believed in the promise of Torres-Palacios. She served as their secretary of labor in the formative years of Imperial Pacific International (CNMI), LLC, its Best Sunshine casino, and all the foreign workers who were slaves to the collusion between the administration and its corporate friends.

At first, and by anyone’s recollection, the building of the casino in Garapan was bringing about the promise of a brighter future for citizens, and even the foreign laborers who had work because of the effort. Then, the body count started to add up. Tales of Chinese workers being injured and losing their limbs because they were not allowed to go to the hospital began to circulate. The living conditions of the workers by 2017 became more pronounced. And soon enough, official complaints were made. That’s when Mr. Torres told his labor secretary to place a bunch of illegal workers on a plane and send them back to China… in the midst of litigation and a federal investigation.

Then she took to the media and said what no one else had said aloud until then: ‘The governor is corrupt.’

He castigated her. She became the outcast, and the example made in plain view to anyone who would dare think to challenge the governor.

Her political sacrifice made her the pioneer of the opposition. She lost her political power, influence, friends, and even some family because she refused to betray her conscience. In the beginning, it was her against the world, with silent supporters cheering her on, but too afraid of the repercussions of challenging the popular Torres, whose administration had already ransacked Ms. Deleon Guerrero’s credibility.

She ran for a seat in the CNMI Senate in 2018, and placed last. Deleon Guerrero’s resolve was unshaken. She continued raising her voice. And others joined. From elected officials to the common man, more began to openly question the governor and his administration.

They all were ridiculed; the governor’s de facto public relations circus never missing the opportunity to shout the refrains of their talking points.

The turning of the tide

It was not until the shock left in the wake of the federal raids on the governor in November 2019 that the walls of the imperial fortress became vulnerable. Deleon Guerrero and others who would go on to form the Democratic Party of the NMI leadership in 2020 seized upon the crisis in confidence in the integrity of the government to help make sense of it all to the people.

Along the way, they won the voters’s trust in a big way. The party went from virtually non-existent at the start of 2020 to winning the majority in the CNMI House. Ms. Deleon Guerrero went on to defeat Saipan’s once-most popular senator, Sixto Igisomar, in the Senate race.

Since her inauguration, she has made good on the promises she made to the public, fighting against government corruption, the raiding of the retirement fund, and the utilities burden on the consumer, among others.

Among legislation she has introduced are bills to break the monopoly IPI has on the Saipan casino business (along with Sen. Paul Manglona), to require banks to report suspicious activity, to further fortify the retirement fund, to protect lands from unfettered development, and to reduce the costs of utilities and other services provided by public corporations and autonomous agencies by exempting them from the fees to the Office of the Public Auditor.

Ms. Deleon Guerrero has run her own business, and has management experience in investment, banking, and insurance in the private sector. Her educational background is extensive, with formal education and professional training running the gamut from accounting to hotel, grants, and audit management to equal employment opportunity.