Fighting begins in race for governor

Former Gov. Felix Camacho wasted no time calling out Gov. Lou Leon Guerrero’s leadership, decisions, and character as he announced his challenge to her bid for re-election.

“I’m leaving the safety and joy of retirement for such a time as this, I believe to help restore, help, and revive our people for their welfare and best interest,” Mr. Camacho said. “I cannot stand on the sidelines and watch as the people suffer, businesses shut down and employees laid off. I see the freedoms being touched by big government. I see this as a new season of freedom and prosperity. Fear has been used by government to control our lives.”

In response, Ms. Leon Guerrero’s campaign committee released a statement welcoming the chance to compare her record against his. Mr. Camacho was governor from January 2003 to January 2011.

That period, the Democratic Party of Guam contends, was fraught with financial mismanagement.

Calling Mr. Camacho’s two terms in office “unremarkable and unmemorable,” the party pointed out,”The Camacho Administration chose to take away people’s tax refunds instead of helping them, put Guam into debt instead of erasing it, and was sued for not providing the tax credits to low and middle income workers.”

The statement by the party, though complimentary of Ms. Leon Guerrero’s leadership, did not endorse her outright. Another democrat, Congressman Michael San Nicolas previously expressed interest in running for governor. If he does run, the democrats will have an active primary election while the republicans are expected to rally behind Mr. Camacho going into the general election.

View the democratic party statement in full below: 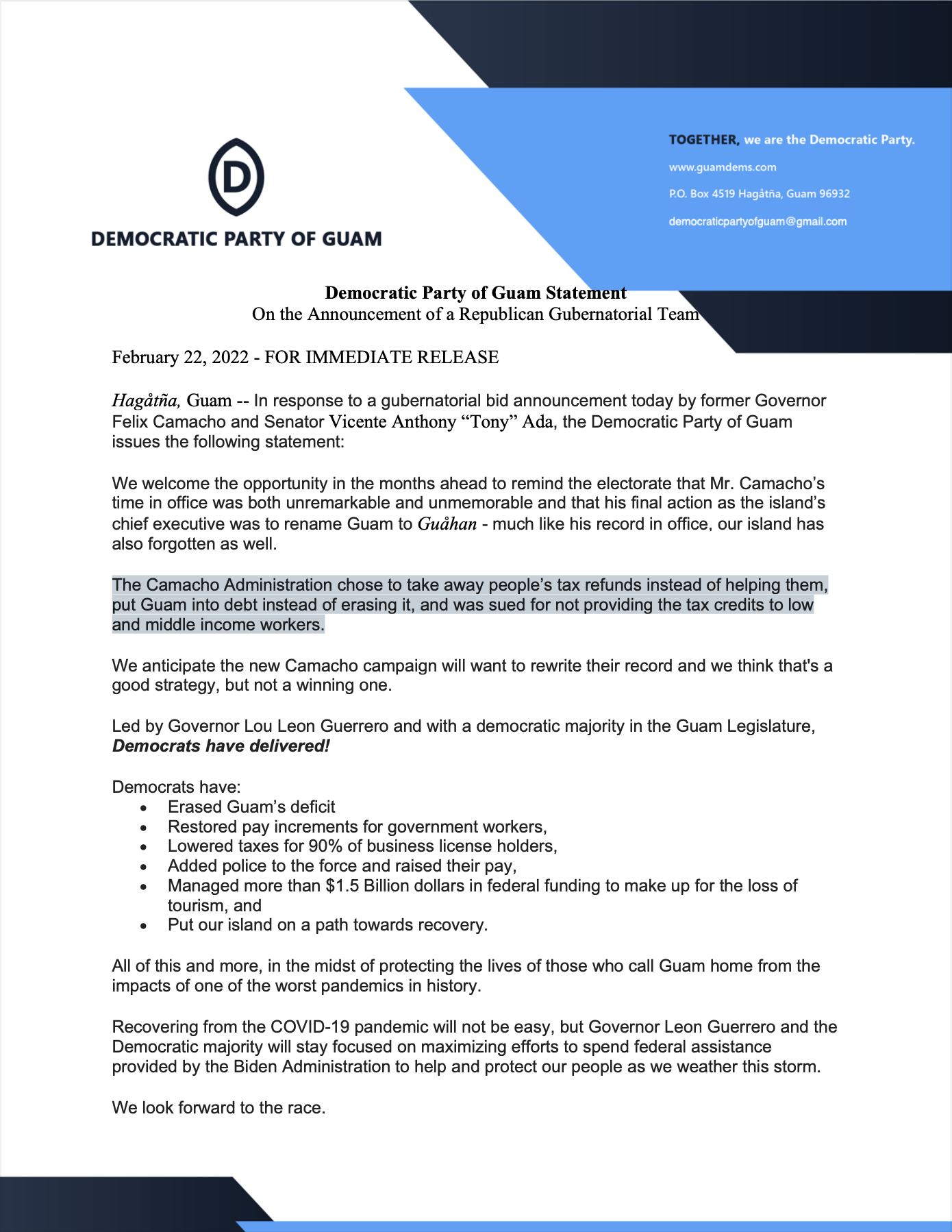