If you live in Santa Rita, Tamuning-Tumon-Harmon, Agana Heights, Asan-Maina, Chalan Pago-Ordot, or Piti, chances are you live in a home that does not struggle with the common financial worries of life, or you’re what most people call ‘rich.’ On the other hand, one of every two people in Umatac is poor; and one out of every three people who live in Dededo, Agat, Inarajan, Malesso, Mongmong-Toto-Maite, Mangilao, Yigo, and Yona benefit from food stamps.

According to data compiled by the Mayors Council of Guam from the 2020 Census and the Supplemental Nutrition Assistance Program (SNAP, commonly known as ‘food stamps’), the number of people enrolled in SNAP has gone down under Gov. Lou Leon Guerrero’s administration as compared to her predecessor, Eddie Calvo. SNAP enrollment, which once surpassed 44,000 Guamanians under Calvo’s tenure, was counted at 39,344 as of November 30, 2021. The data sheet, provided to Kandit by Sinajana Mayor Robert Hoffman, does not provide reasons why this may be.

SNAP is a federal program for residents, whose income (according to guidelines) is so low they need help to buy food. Generally, the program provides recipients with an EBT card loaded with credit each month for recipients to buy food at participating grocery stores. The amount of credit is determined by a number of factors, including income and number of dependents.

According to the data, of the 647 people who live in the 177 homes in Umatac, 312 residents there are on food stamps. That is nearly half the village population.

The village with the largest population of SNAP enrollees also is the most populous: Dededo. Of Dededo’s 44,908 residents, who live in 13,651 homes, 13,828 are on food stamps. That’s 31 percent of the village.

Tamuning-Tumon-Harmon, which has the second-largest number of homes and a population of 18,489 (third most populous), is home to only 2,762 people of food stamps, or only 15 percent of the village.

View the table below: 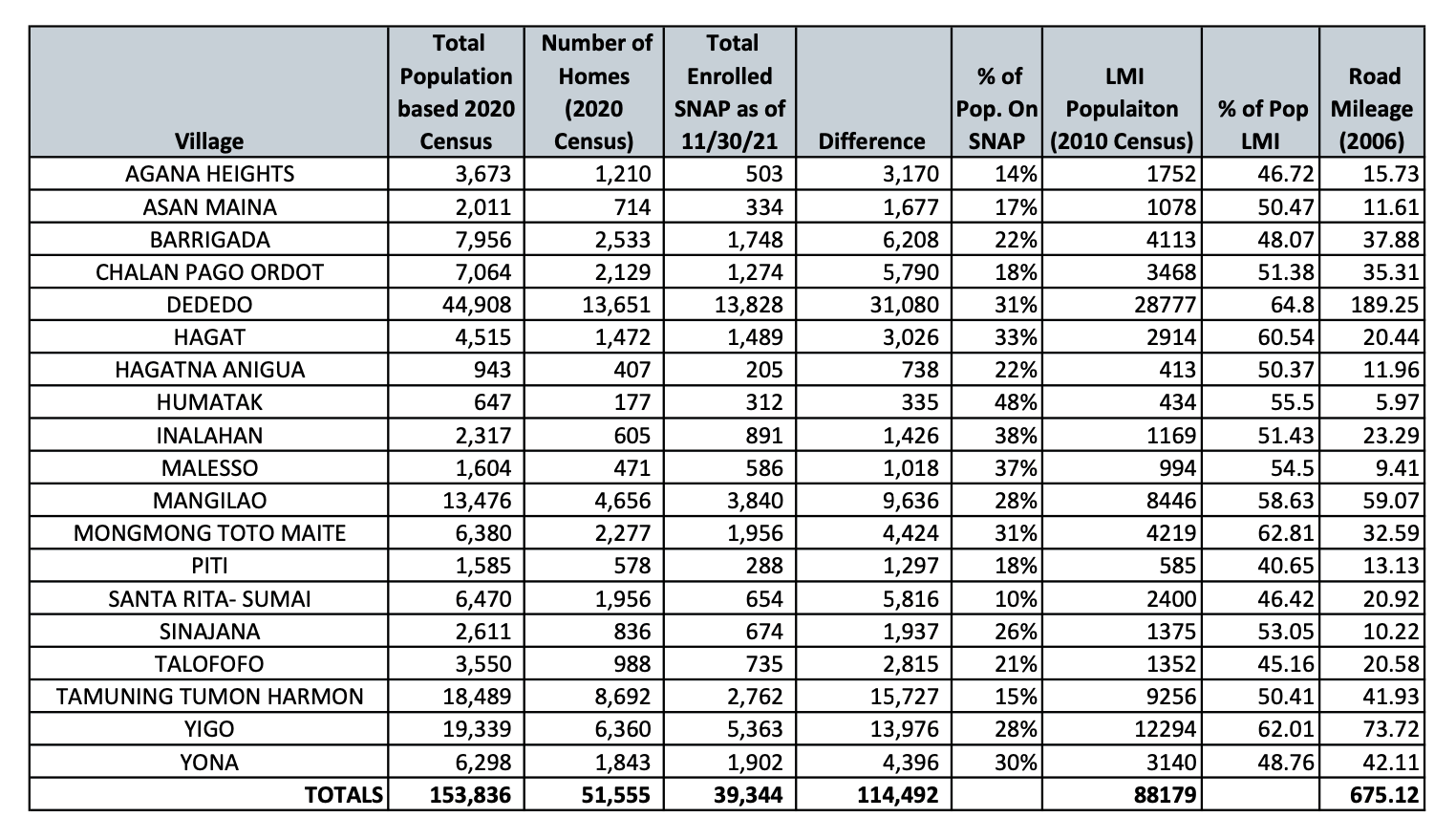