Governor Lou Leon Guerrero’s campaign says she already is addressing the high cost of living on Guam and has even more to offer if reelected. Her opponent, former Gov. Felix Camacho, said the extraordinarily high cost of living is among the chief reasons he is in the race to replace her; and that he will implement solutions within the first 100 days of his administration.

Kandit asked both gubernatorial teams how they planned to help reduce the cost of living on Guam. We asked them to include solutions to the high cost of power, housing, rent, and taxes. The inquiry was prompted by a post by Congressman Michael San Nicolas following concessions he received from the nation’s largest banks to increase the interest they pay to the average American savings account. News of his effort led to criticism from his political detractors, who claimed the concessions were not driven by the congressman, despite video of a U.S. House of Representative hearing clearly showing San Nicolas grilling the bankers. In his post, he lamented, “Trolls attacked us for fighting for better interest rates for Americans’s savings accounts while making excuses for why no one is fighting for the cost of living on Guam. Literally no one is. And excuses abound for why no one bothers to. Life doesn’t need to be stuck and bleak and desperate all the time for so many of our people. We just need to make changing it for the better, for everyone, for the future, more important than ourselves, our connections, our cronies. And fight for people.”

Former Gov. Eddie Calvo, in his last year in office, convinced the legislature to increase the business privilege tax by 25 percent to balance the budget from a shortage of corporate income tax collections via the Trump tax cuts. Then-candidate-for-governor Lou Leon Guerrero promised to roll back the tax hike; she did not, despite the roll back of the Trump tax cuts that replenished that source of revenue. Major price increases to all classes of commodities have ensued.

Since then, Guam Power Authority has levied massive rate increases. Guam Waterworks Authority recently implemented rate increases and proposed more. Prices of commodities – from groceries to clothes and appliances – increased further with several shipping rate increases by Matson, a Jones Act shipping company. And according to a story in the Pacific Daily News by Haidee Eugenio Gilbert, the median price of a home jumped from $299,000 in 2019 to more than $425,000 today – a nearly 50 percent increase.

Here are the full statements issued by each gubernatorial campaign: 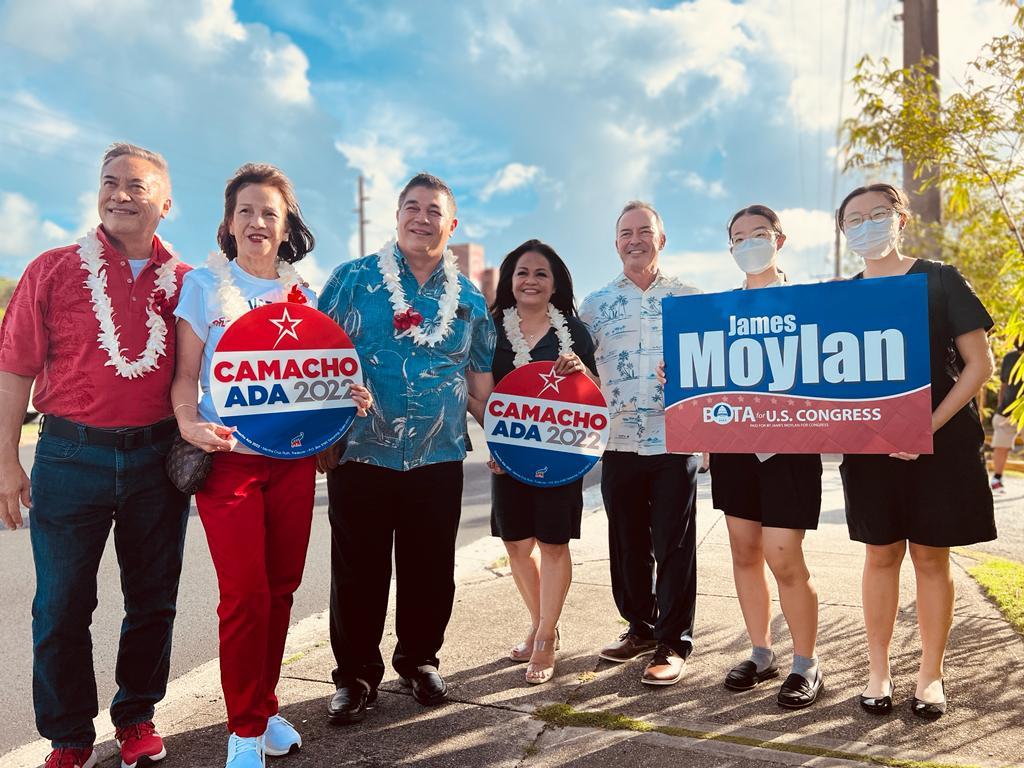 “Felix Camacho and Tony Ada believe true leaders assume responsibility for the current state of our island. That is why they will put together a Cost-of-Living Stimulus Plan that will temper the rising cost of living- both short term and long term. The Camacho Ada Team will focus on initiatives that give residents and high school students easier access to skilled trades training. Also, the Camacho Ada Team will focus on economic initiatives that will assist local farmers with ways and means to scale their business, while incentivizing and attracting large scale investments in commercial farming on Guam.

“In the first 100 days of their administration, the Camacho Ada Team will perform a forensic review of the government of Guam finances given the anticipated ending of federal funds provided under the American Rescue Plan Act and other Corona-virus response related funding. We recognize the pain and struggle of our business community most especially the small businesses. While the Guam Legislature’s intent in increasing the Business Privilege Tax (BPT) was only temporary as an offset to the federal tax cuts, the Camacho Ada Team is committed to rolling back the BPT from 5% to 4%.The Camacho Ada team will aggressively pursue taxes owed by off-island nationally based contractors especially those involved with the Department of Defense contracts. Additionally, when elected, Felix Camacho and Tony Ada will mobilize large tracts of government land, federal and local funding sources, developers and contractors, and financing partners to build, develop, and finance affordable homes. In an effort to further decrease the cost of living on Guam, the Camacho Ada Team will support changes to public policy that reduces the cost of shipping goods to Guam. This includes applying for a selective exemption to the Jones Act-even on a temporary basis. The Camacho Ada Team will work vigorously with our friends and partners in Washington DC to seek this important exemption as a means to revitalize the economy.”

(Note: In 2003, then-Gov. Camacho proposed, and then-Chairwoman of the Committee on Rules Sen. Lou Leon Guerrero pushed through the legislature, a 50 percent increase to the BPT in order to avoid a government shutdown through Fiscal Years 2003 and 2004. The legislature eventually rolled the increase back to the original four-point BPT, which Camacho signed.) 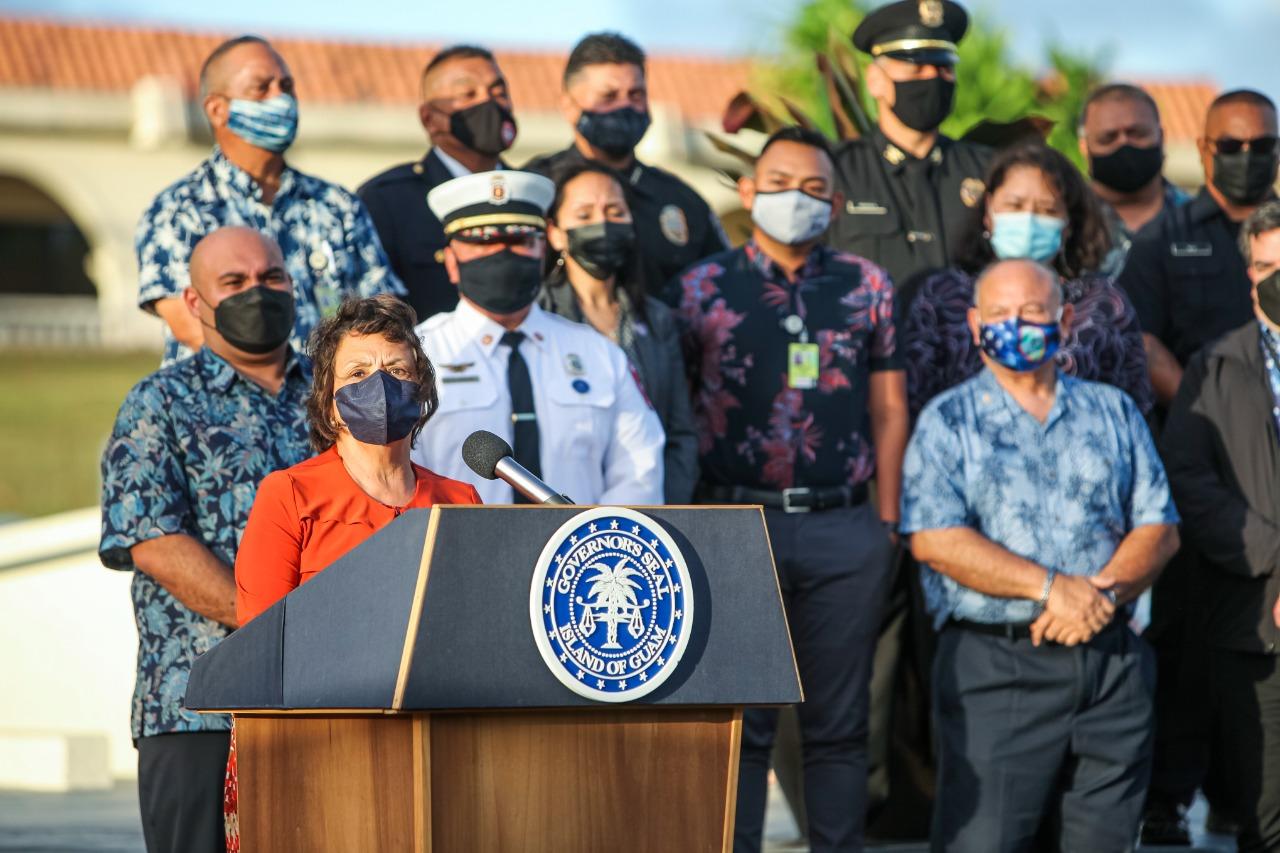 “Governor Lou Leon Guerrero and Lieutenant Governor Josh Tenorio have implemented several programs to place money in the hands of working families to help with the cost of living including Programmen Salappe, All Rise, Childcare Assistance and the GPA $500 Power Credit.  Also to help keep down the cost of living for the near term, the Governor stipulated that Port tariffs would be frozen for two years in return for  receiving $15M in ARP funding.  This will help keep down the cost of goods and thus lower the cost of living for every family. The money provided through these programs, temporary unemployment assistance and the $291 million direct assistance to businesses directly contributed to our island residents’ and business success. We are also very proud of the accomplishment in reducing taxes for 90% of Guam businesses to just 3%, and we thank the Legislature for making that change permanent.

“As a result of Lou & Josh’s economic policies, Guam residents are steadily regaining jobs or starting new jobs thanks to retraining programs that have been active for the past two years, and our businesses are reopening and expanding while more new businesses are getting started. As significant military expansion and federal infrastructure dollars continue to boost our economy and as tourism returns, the increased activity will help to once again attract and support competition to help keep prices down. The upcoming opening of a top Japanese discount retailer will mean more competition that will help drive down prices.

“The success of our economic policies is measured in the record local income and business tax revenue we have collected in the past two years – proof that our people and our business owners truly are the power behind Guam’s recovery. The resulting strength will be seen as over 320 new affordable housing units that will be opening under Guam’s QC program – the first use of that program for a housing project since 2000.

“The long term solution to holding down  our cost of living requires that we reduce our reliance on expensive imports and diversify the economy to bring in higher paying jobs .  The Leon Guerrero Tenorio Administration is implementing several measures to achieve this goal  1) building on the 12% solar energy that we have put  in place we need to expand our use of renewable energy further so that we can harness the sun to replace expensive imported fuel and drive down power bills for everyone . 2) Green economy programs like G3 and Zero Waste to recycle waste like plastic into usable consumer goods  3) expansion  of local agriculture to increase food security and reduce our reliance on expensive food imports 4) ) developing practical options to increase local manufacturing such as additive manufacturing  (3D printing) 5) expanding the capabilities and reach of public transit.  In addition, diversification into broadband, transshipment and the construction of a new medical campus will also bring with it higher wage jobs for Guam’s people.”