Gov. Ralph Torres is proposing big pay raises in his Fiscal Year 2023 budget, but you’re not included in it. According to his Budget Year 2023 submission to the Commonwealth Legislature, 22 of his top lieutenants will be receiving at total of $287,407 in pay raises. That’s an average pay raise of $13,063.95 per year.

The spreadsheet in the budget submission provides only a glimpse of the raises themselves, and not the proposed full salaries for the 22 public officials. Full pay must be summed from General Fund, and two types of federal funding sources.

For example, the governor’s Special Assistant for Military Affairs, Glenna S. Palacios, will be receiving a $17,621 pay raise if Mr. Torres’s budget passes. That will be on top of the $17,621 salary she receives from American Rescue Plan Act funding, and the $82,088 salary she receives from other federal funding grant sources. Her total pay, if the governor’s budget passes, will be $117,330, inclusive of modifiers.

Mr. Villagomez’s salary will shoot up to $82,928. The Director of Personnel, Frances Torres-Salas, will receive a total salary of $86,466 under the governor’s budget proposal.

You may see the complete breakdown in the chart below, followed by the pay raise spreadsheet the governor submitted. 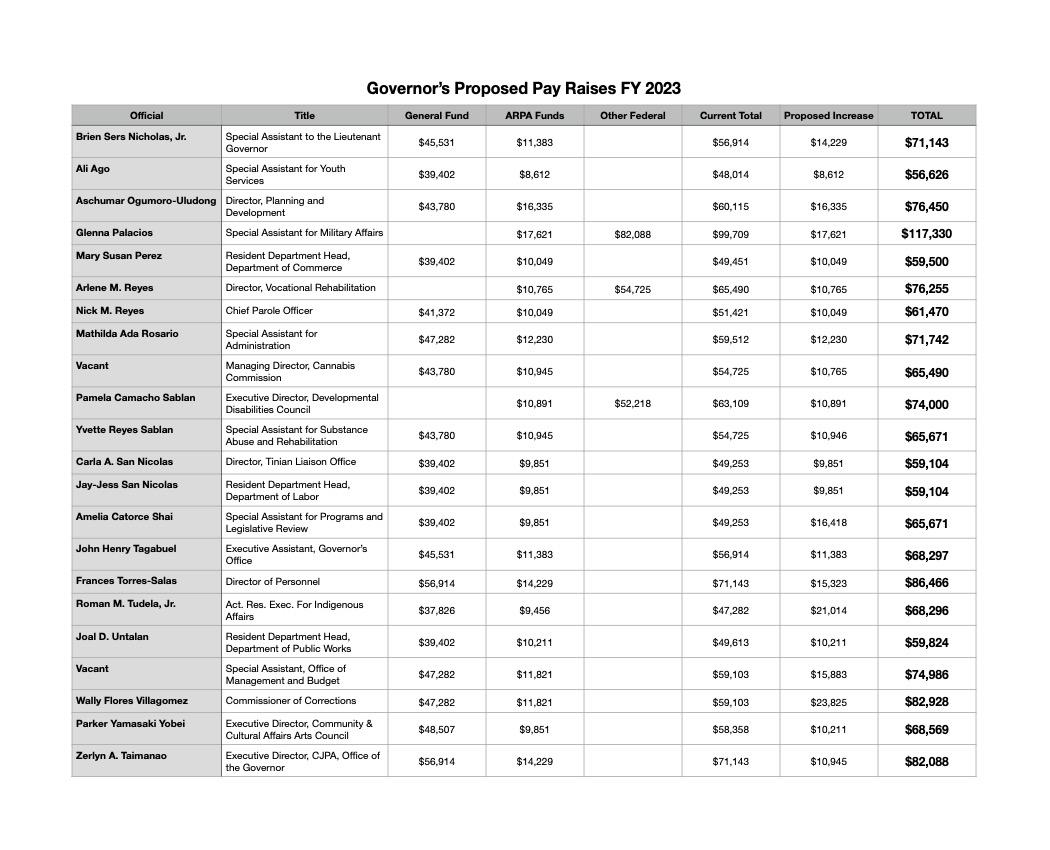