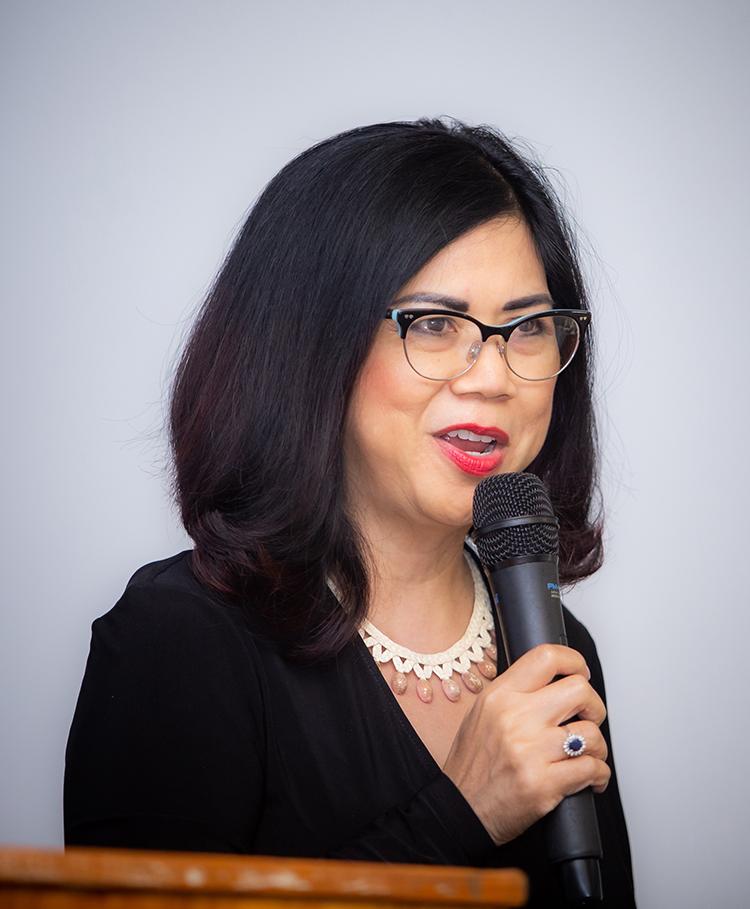 Guam’s incumbent governor and senators begin this election year with another empty promise:  Despite ample warning and resources, scholarship funding has been cut to some University of Guam students.  Kandit confirmed UOG has failed to fund the Regent Scholarship program for the spring of 2022, which begins January 18, 2022.  UOG’S financial aid office customer representative Tony Quintal said the program may be available for the fall semester of 2022, but it has not been confirmed.

Kandit in late November received a copy of an email sent by UOG financial aid director Mark Duarte informing Regent Scholarship recipients that UOG was pulling funding for their tuition.  Kandit reached out to senators November 29, asking whether any of them will do anything to save the scholarship.

“Please see the screenshot below, which shows a notice from UOG financial aid director Mark Duarte to UOG Regent Scholarship recipients that the funding for their education will cease due to a funding shortage,”  The Kandit email to senators began,  “This is the same Mark Duarte who, along with several other highly-paid UOG non-faculty administrators and staff, received two pay raises at the beginning of the public health emergency, when UOG WAS CLOSED.

“We have brought this issue of the pay raises to your attention before, and most of you ignored our questions on it.

“Now – and because no one at the legislature did anything about UOG’s reckless abuse of tax dollars stemming from both the pay raises and their flagrant abuse of credit card privileges – UOG is about to take a dump on its most dedicated and struggling students. Bravo, Guam!

“In consideration of the amount of money that has been wasted on pay raises at UOG, and even the raises and the travel expenses of the legislature itself, we will like your response to this issue, and whether you have plans to keep the Regent Scholarship going and to hold UOG accountable for its runaway spending.”

Education is the first-ranked priority among voters every election; and, every election, Guam’s politicians promise to fund education as the priority of government. 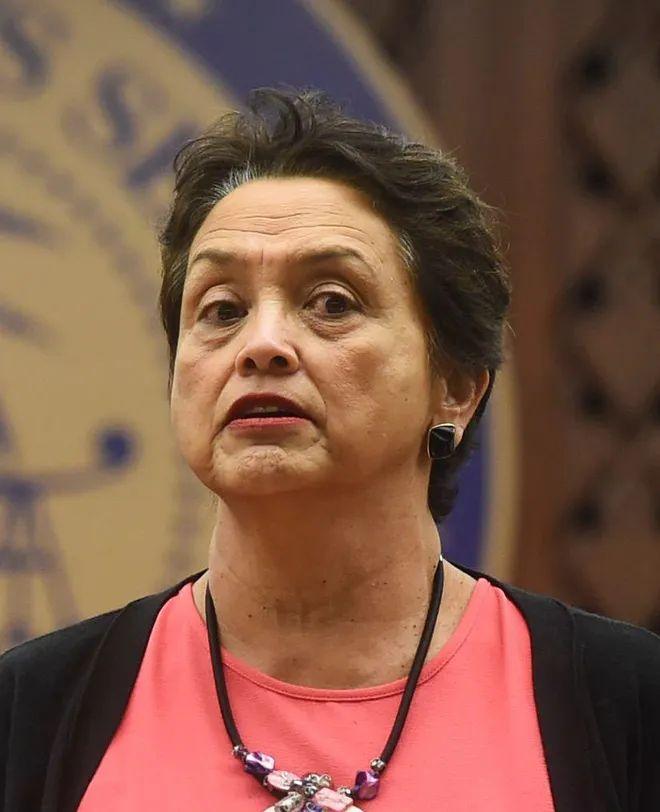 Only two senators have cared enough about funding the education of struggling student scholars to do anything about it. 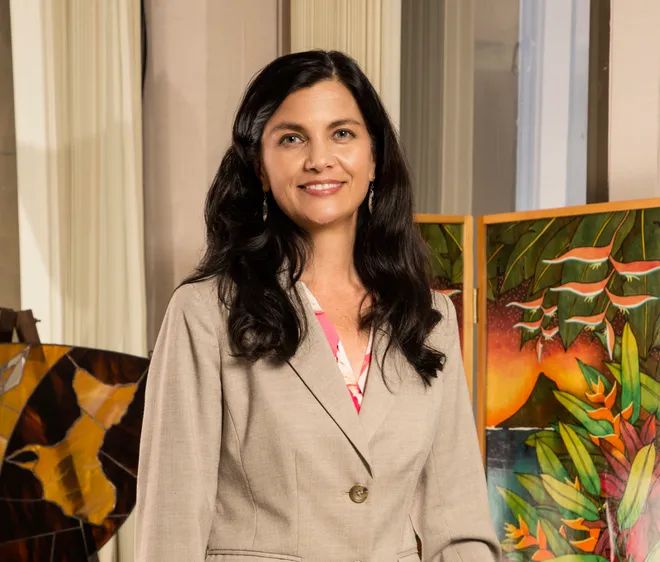 The first is Speaker Therese Terlaje, who provided Kandit the following response, which we provide in its entirety:

“In this year’s budget, I passed an amendment to prioritize scholarships required by law because we had found that UOG was not fully funding scholarships for nurses, doctors, and for all priority areas that are already outlined in statute. The lack of funding for priority scholarships was contributing to the lack of teachers, nurses, and other critical employees so we restored these priorities and directed UOG to identify alternative funds for its other discretionary scholarships being issued by the Board of Regents or President outside of the statutory priority areas. For example, you can see from the attached report that there were forty-four (44) athletic scholarships granted in FY2020 and one (1) new teaching scholarship (YEC).

“In addition, because of the shortage of teachers and nurses, we passed a floor amendment to increase the scholarship appropriation for UOG by an additional $500,000 in FY 2022 over the FY 2021 scholarship amount.  UOG Regents and President must fund any additional non-statutory discretionary awards like athletic scholarships from its operations (personnel) budget or other funding.

“During budget, I also proffered an amendment that would prohibit UOG from using the appropriated scholarship funds for administrative fees (personnel costs for the Financial Assistance Office) estimated at approximately $400,000. That portion of the amendment was amended by Senator Shelton to allow up to 10% for administrative costs, which I opposed.” 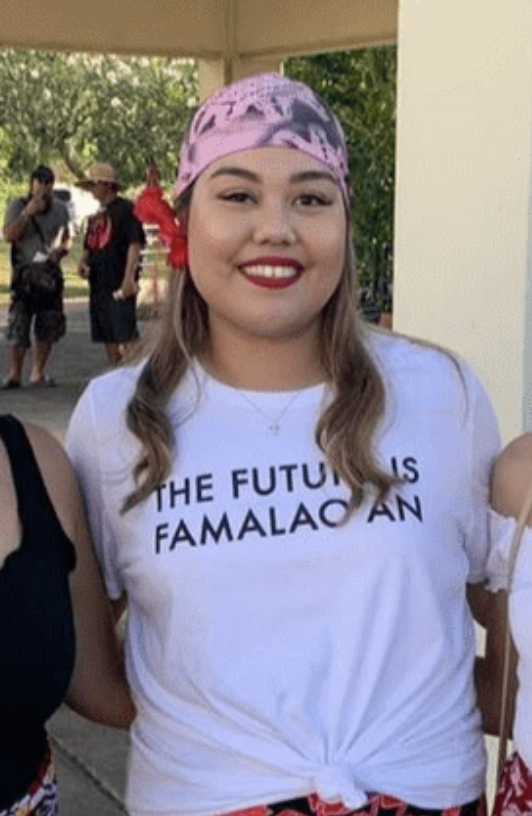 While Sen. Amanda Shelton did not respond to Kandit’s inquiry, she did email UOG’s Vice President, Dr. Anita Borja Enriquez, on December 6, asking about UOG’s plans to defund the scholarship.  When Kandit exposed the matter, it led Ms. Shelton, who has oversight of UOG, to write to UOG executive Vice President and provost Dr. Anita Borja Enriquez to defend the scholarship.

The scholarship funding cut happened against the backdrop of a combined $2.2 million pay raise UOG’s administrators, including Duarte, paid themselves. The pay raises, as Kandit has reported, has increased the average annual pay of 50 out of 52 UOG managers by nearly $45,000 or a 50 percent jump in pay during the pandemic.

To place the pay raise into perspective, the combined budget for UOG scholarships in the Fiscal Year 2022 budget is $3,815,285. That is a fraction of the $6,840,727 taxpayers fork out to pay the base salaries of UOG’s managers. Even one-quarter the cost of the pay raises could save the Regent Scholarship.

In budget discussions for fiscal year 2022, UOG officials told senators – as they do every year – that they need more money; among the categories for which money was needed was for student scholarships.  Senators, indeed, increased UOG’s budget for scholarships by $500,000.

Kandit sent a Freedom of Information Act request for documents, including emails, in Ms. Enriquez’s possession stemming from the Shelton letter. Among the documents disclosed were a December 6, 2021 email from Enriquez to Duarte asking him to compute the financial impact of the university funding the scholarship next semester.

“Although I already explained to the senator the shortchanged funding for medical school students and others during the previous two fiscal year (SFAP) budget, and how the extra $500,000 given to UOG (for SFAP) now allows us to fund these Pro-Tech applicants, she is still adamant that we fund Regent Scholarships albeit it will need to come from our operational budget,” Ms. Enriquez complained to Mr. Duarte in her email.

The email provides the public a glimpse into the arrogant manner by which UOG officials treat decisions affecting its students. It also involves two of the 52 UOG managers who made the decision to cut the scholarship.

And while Enriquez and her boss, UOG president Dr. Thomas Krise’s salaries are set by contract, the other 50 managers – according to a UOG salary increase schedule – have or are scheduled to receive $2,219,684 in pay raises, or an average of $44,393.68 in annual salary increase each. That is a nearly 50-percent increase in base salaries during the public health emergency, when most workers earn only half the average UOG manager’s jump in pay.

The University hides behind thinly veiled threats that if the Legislature does not give them unparalleled spending authority, its faculty union will complain to the Western Association of Schools and Colleges and jeopardize accreditation. The Legislature has given in to the university including exempting UOG from strict credit card controls implemented throughout GovGuam since 2003.

Lawmakers put an end to credit card usage for all but a select few offices within the government of Guam following that scandal. In recent years, however, the rules became lax for UOG, which the Legislature often has deferred to.

Meanwhile, these credit cards were being charged as UOG’s Board of Regents told an angry mob of students who walked out of classes in protest of an impending tuition increase October 16, 2019, that the tuition hike was necessary because of the University’s financial condition. The Regents voted to gradually increase tuition by 30 percent over the next few years. The first of the increases was going to happen in the Fall semester, 2020, when tuition was expected to increase by five percent.  The tuition increase eventually was held in abeyance until 2023, but the reasons UOG gave should be alarming to senators.  UOG has not presented any plans to rightsize and cut costs, except to cut scholarships while doling out pay raises.  We’ve heard nothing about the outrageous salaries and the disproportionate number of full time faculty to adjunct professors. No one in leadership seems to care that several top university officials used government-issued credit cards to go on spending sprees at Macy’s, Ross, and the Beng Teng Spa.

Its habit of runaway spending outside the public eye should not be rewarded by senators with a preclusion from oversight. Scrutiny and accountability must prevail.  The Regent Scholarship program must be funded before pay raises and credit cards.