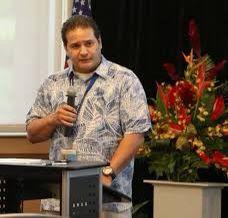 Mr. Bordallo was responding to Kandit’s questions concerning CoreTech’s claim of ownership of the land.

“Coretech has not ever and does not now own the land upon which the NDWWTP exists and is not entitled to any payment for it,” Mr. Bordallo said in response to questions of the ownership claim and why GWA did not pay CoreTech any rent or just compensation for condemnation of the land for public benefit.

The GWA head must have missed the memo from the government of Guam, which since 2014 had been assessing on and collecting taxes from CoreTech on, among other parcels, Lot 10184-7, Dededo, also known as the NDWWTP.

The Guam Department of Revenue and Taxation knows which properties to tax, how much to tax each property, and who to send the assessment to based on information from the Guam Department of Land Management. The land data information is entered into the DLM’s vaults following a series of heavily regulated transactions involving title research and clearance, surveying, mapping, and the drawing up of legal documents.

In short, CoreTech paid taxes on its property, Lot 10184-7, because DRT assessed the taxes on that parcel to CoreTech; because DLM’s documents tell DRT that since 2014, CoreTech is the owner of Lot 10184-7; because CoreTech bought the property from the previous owner in 2014.

The NDWWTP had existed on the property for decades prior to CoreTech’s acquisition of the property. From 2014 and for three years, there were no issues with the land claim. Then, GWA began to expand its footprint, encroaching further onto the parcel. On November 1, 2018, the director of land management at the time, Michael Borja, issued a letter to CoreTech’s vice president and legal counsel, Ed Ching, admitting his agency’s acknowledgment of CoreTech’s ownership on paper, but said the matter was erroneously recorded as such in the legal documents at DLM.

“It appears that the Department previously issued Certificates of Title to some of these parcels of real property in error,” the Borja letter states. “The Registrar believed that the Torres Estate was the owner of the property pursuant to a probate decree but, as you know, a probate decree cannot award title to real property except to a person who stands in privity to the estate. Furthermore, the Certificates of Title that were issued do not memorialize public easements and roadways.”

In 2002, the U.S. conveyed the Harmon Annex, including Lot 10184-7 to GovGuam “so long as GRANTEE uses the Property for public benefit use, as contemplated by the Guam Excess Lands Act, Public Law 103-339, 108 Stat. 3116 (1994). Should GRANTEE use the Property for other than such use, title to the Property shall revert to GRANTOR.”
Four years later, in 2006, the Guam Ancestral Lands Commission conveyed the entire property to the Torres Estate via quitclaim deed. In two transactions that occurred over the next two years, the Torres Estate sold the properties, including the land, where the wastewater treatment plant sits, to an investor. Core Tech acquired the properties the following decade.
Throughout the transactions – title clearance, deeds, recordings – the Guam Department of Land Management accepted all land documents, including survey maps showing the boundaries of the land parcels that were part of the transactions. The certificates of title bear out that with each transaction, the new owner also owned the land, where the northern wastewater treatment plant sits.
GWA, which controls and operates the plant, never paid rent to any of the property owners; and none ever charged lease payments. And then, in December 2018, then-director Michael Borja filed the local court lawsuit seeking to change the certificate of title CoreTech holds to specify that Lot 10184-7 does not belong to CoreTech, but to GWA.
GWA soon joined as a plaintiff intervener in the case, its claim on the land giving the agency what appeared to be the greatest interest in the case. After all, GWA has been in the midst of borrowing from bond holders hundreds of millions of dollars for the improvements required for the plant, and for other islandwide improvements to its infrastructure required for compliance with the U.S. Clean Water Act.
The agency assured its creditors over several years of bond ratings and issuances that it had site control (free and clear ownership over the long term) of Lot 10184-7 (now 10193 and 10194), and that no concerns material to the credit GWA was seeking on hundreds of millions of dollars existed. To quiet any such claim, Guam DLM recorded a 2017 map showing GWA ownership of the lot, even though the certificates of title issued by the Deputy Title Registrar since 2014 said something completely different.
In fact, GWA said nothing to its creditors until it was forced by CoreTech in 2019, when the title holder countered the GovGuam-GWA claim to the land with its own claim to the land. At that point, GWA had no choice but to disclose to bondholders the dispute.
“In the event that the Guam Superior Court enters a judgment against the Authority and the Government,” a notation in GWA’s disclosure to creditors in 2020 states, “the resulting liability could have a material and adverse impact on the Authority’s financial position.”
As it turns out, GWA’s interest arguably is not the greatest in this matter; but that of the Defense Department, which has been relying on GWA to finance and complete the wastewater treatment plant upgrades needed for Camp Blaz.
On August 18, 2021, the U.S. Attorney’s Office entered a statement of interest in the local court case that admonishes the present land dispute, and issues a thinly veiled threat of the land forfeiting back to federal ownership.
“These wastewater expansion and improvement activities depend on the continued acknowledgment and validity of the easements in perpetuity on certain parcels and a lease granted to the Government of Guam by the United States in 1980 to construct and operate the Plant,” the Justice Department statement reads as it argues to the local court on behalf of the military’s interests. “Language in any certificate of title referring to such easements and lease should be construed in favor of preserving them, particularly given the existence of corroborating evidence available to the title holder that could resolve any possible ambiguities. Because the United States has a reversionary interest in parcels it conveyed to GovGuam that is triggered upon cessation of use for public benefit, conveyance of those parcels without encumbrance by the public benefit use – i.e., the Plant – would have caused title to revert to the United States.”
The Justice Department made it clear to the court that its interests don’t necessarily align with GovGuam and GWA, but simply in the federal government’s ability to provide sewage service to Camp Blaz and Andersen Air Force Base, whether that be by arrangement with GWA, or by the military or another of its assigns.
“The interests of GWA, GovGuam, and the United States in this case are not identical,” the federal government’s filing states. “[T]he United States has an ongoing property interest in the property.”
The U.S. Attorney’s Office’s statement of interest does not dispute CoreTech’s demand for $130 million for inverse condemnation, trespassing, and encroachment. It simply reminds the court that if it finds for CoreTech’s counterclaim on the title, and that GovGuam did in fact sign over title to a private company, the land will automatically forfeit to the federal government, according to the original deed’s reversionary clause.
596
Share
FAVORITES
By Troy Torres Posted on: Wednesday, 09/08/2021 9:09 PM Guam Money 0 comments
596