Among the federal requirements for receiving military Office of Economic Adjustment construction grants is that you own, or have a long-term lease for the land, where you’re going to use federal funds to build something. It’s commonly referred to as site control.

Guam Waterworks Authority in 2016 applied for tens of millions of dollars in OEA grant money to improve the Northern District Wastewater Treatment Plant on Lot 10184-7, Ukudu, Dededo. The agency successfully applied for supplemental grant funding for the project in 2018. GWA has neither a certificate of title to the property, a grant deed, nor a longterm lease to that land.

“Prior to the start of construction and any ground disturbing activity, the Grantee shall provide to the Grantor for prior approval evidence of adequate access and site control to permit necessary construction, renovation, repair, expansion, demolition and/or swing space activities as well as operation and maintenance of the completed facility. Generally, site control of not less than 25 years shall be evidenced,” OEA’s Grant Program-Specific Terms and Conditions states.

According to its 2018 grant application: “GWA, with the assistance of the project manager/construction manager, and in coordination with the GWWIST, will procure one or more highly qualified and competent construction firms to build the improvements designed for the upgrade of the NDWWTP. The scope of construction is currently anticipated to include the improvements recommended in the NDWWTP Facility Plan provided as attachment D.”

The application further stated: “It is anticipated that a multi-phased approach to construction will be used to meet the schedule for completion, and to respond to impacts caused by an increasingly difficult construction environment on Guam, resulting from various issues in the labor market. The phases of construction are projected to include: 1. Site clearing and grading (horizontal work) 2. WWTP improvements (vertical work).” 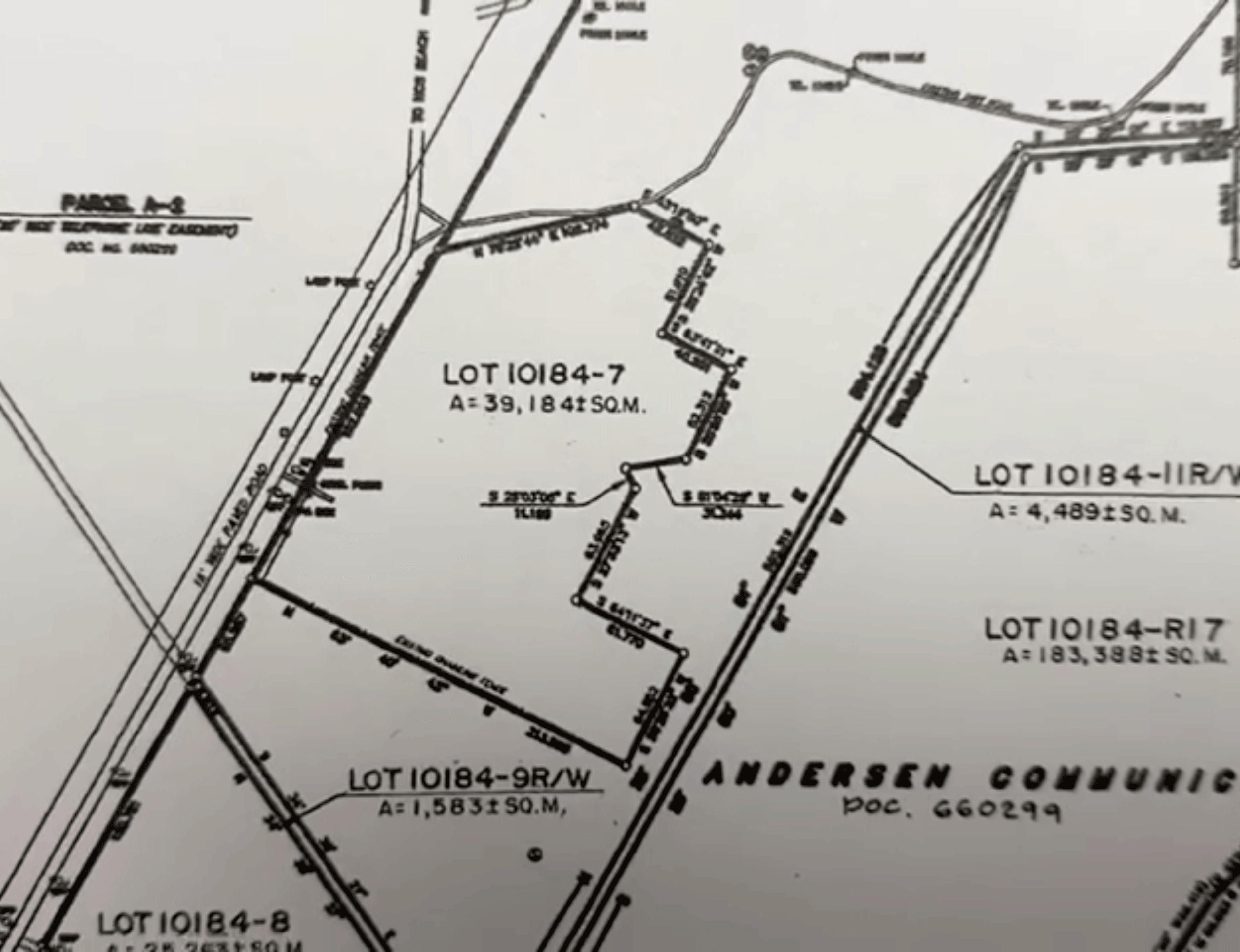 The reason GWA does not have proof of site control of the property, where the NDWWTP construction continues, is that according to documents filed at the Guam Department of Land Management, someone else owns that land.

GWA does not have a grant deed to the property, because the ownership of Lot 10184-7 passed by quitclaim deed from the U.S. Navy to the government of Guam, then from the government of Guam to its Guam Ancestral Lands Commission, then by quitclaim deed from the GALC to the Estate of Jose Martinez Torres, then by deed of sale to Kil Koo Yoon, then by mortgagee’s deed to the current owner, Core Tech International. These documents all are recorded legally at the Guam Department of Land Management.

In fact, Judge Iriarte went as far proclaiming that because GWA could “point to no additional evidence of an easement, there is an issue of fact whether they have a right to use and occupy Lot 10184-7.”

A General Purpose Lease the Navy granted to GovGuam that same day in 1980 – a lease GWA also is relying upon to claim site control – also is defunct, according to the judge. The United States on May 23, 1980 granted a license to GovGuam to use the property for the construction, installation, maintenance, operation, repair and maintenance of the NDWWTP.  “GovGuam later conveyed its interest the license to GWA,” the judge stated in the decision and order. “As previously stated, the United States executed a Quitclaim Deed on July 26, 2002, which conveyed its right, title, and interest in the subject property to GovGuam. Upon that conveyance, the license that the United States granted GWA was extinguished. Accordingly, the Court does not find that the May 23, 1980 General Purpose Lease establishes that GWA has superior title to Core Tech.”