Home >> How much did Guam & CNMI leaders know about Hirono’s secret campaign? What will they do about it?

How much did Guam & CNMI leaders know about Hirono’s secret campaign? What will they do about it?

Kandit is awaiting responses from the top leaders of the Mariana Islands on what they are doing to intercept an effort by Sen. Mazie Hirono to send prices skyrocketing in Guam, Rota, Tinian, Saipan, and the islands further north. 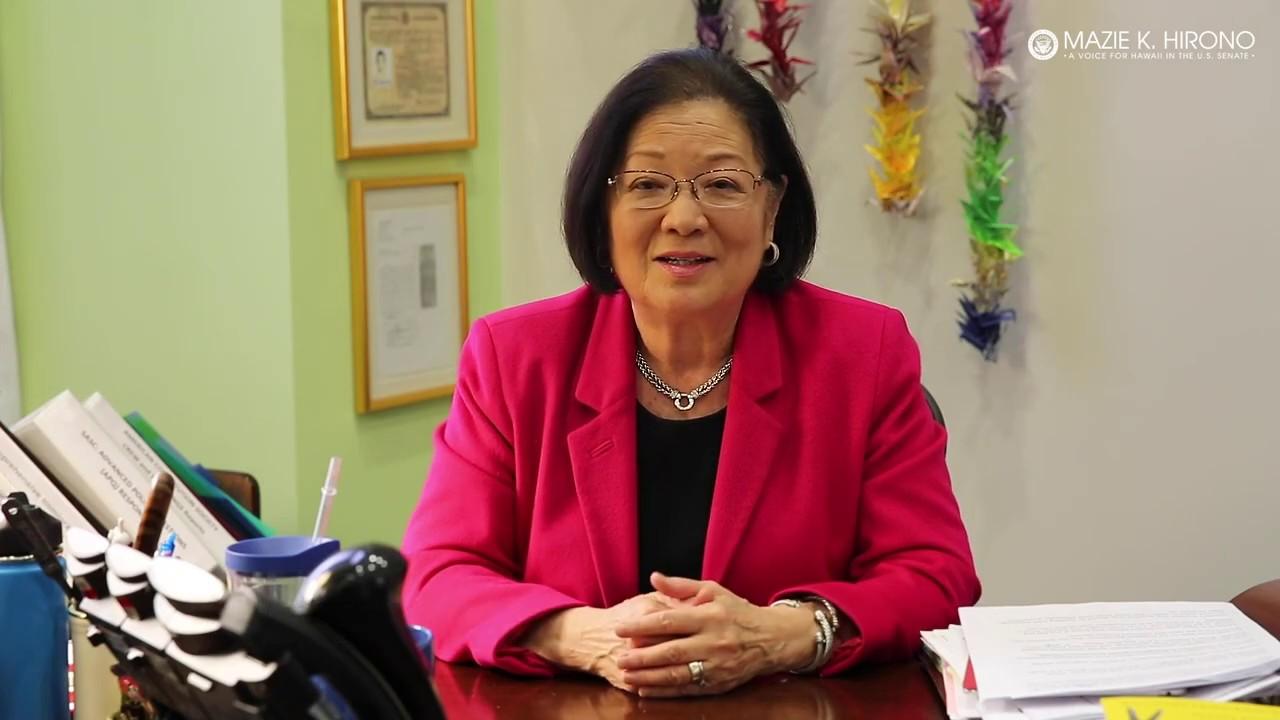 And the U.S. Senator from Hawaii has a five-year head start. According to documents leaked from the U.S. Department of Transportation, Ms. Hirono and most of the congressional delegation from Hawaii have been lobbying the Obama, Trump, and Biden administrations to take out the only ship competing with Matson in Saipan – the APL Saipan. Letters dating back to November 16, 2016 nearly coinciding with civil lawsuits Matson has filed in federal court in Washington, D.C. to get rid of its competition show an active yet secret effort by Ms. Hirono to benefit Matson. The company is based in Hawaii, and is among the senator’s top campaign contributors.

“We write to express our concerns about the U.S. Maritime Administration’s recent decisions to approve the replacement of APL’s Maritime Security Program vessels for operation carrying cargo in the domestic Guam trade,” a letter signed by Hirono and fellow Hawaiian congressional delegates Sen. Brian Schatz and Rep. Colleen Hanabusa states. “We respectfully request MARAD reconsider its decision to approve the MSP vessel replacements for the APL Guam and Saipan by evaluating the entire chapter of MSP statute (46 U.S.C. Chapter 531) to ensure that the MSP and Jones Act vessels do not engage in direct and unfair competition.”

A July 22, 2020 letter from Ms. Hirono alone to the leaders of MARAD referenced a November 16, 2016 letter the senator wrote, in which she campaigned against the approval of the APL Saipan in the Guam and Saipan routes.

“As a result of a recent decision by the U.S. District Court for the District of Columbia, I have learned that MARAD has allowed the APL Saipan to operate not only in Guam but also Saipan, a large island in the Northern Mariana Islands, which is a commonwealth of the United States, since December 2016,” Ms. Hirono’s letter states. “I am deeply concerned MARAD did not inform me in its 2016 letter that this vessel was already serving Saipan, which represented exactly my expressed concern – a MSP vessel operating on a domestic route that competes with an unsubsidized Jones Act carrier.” 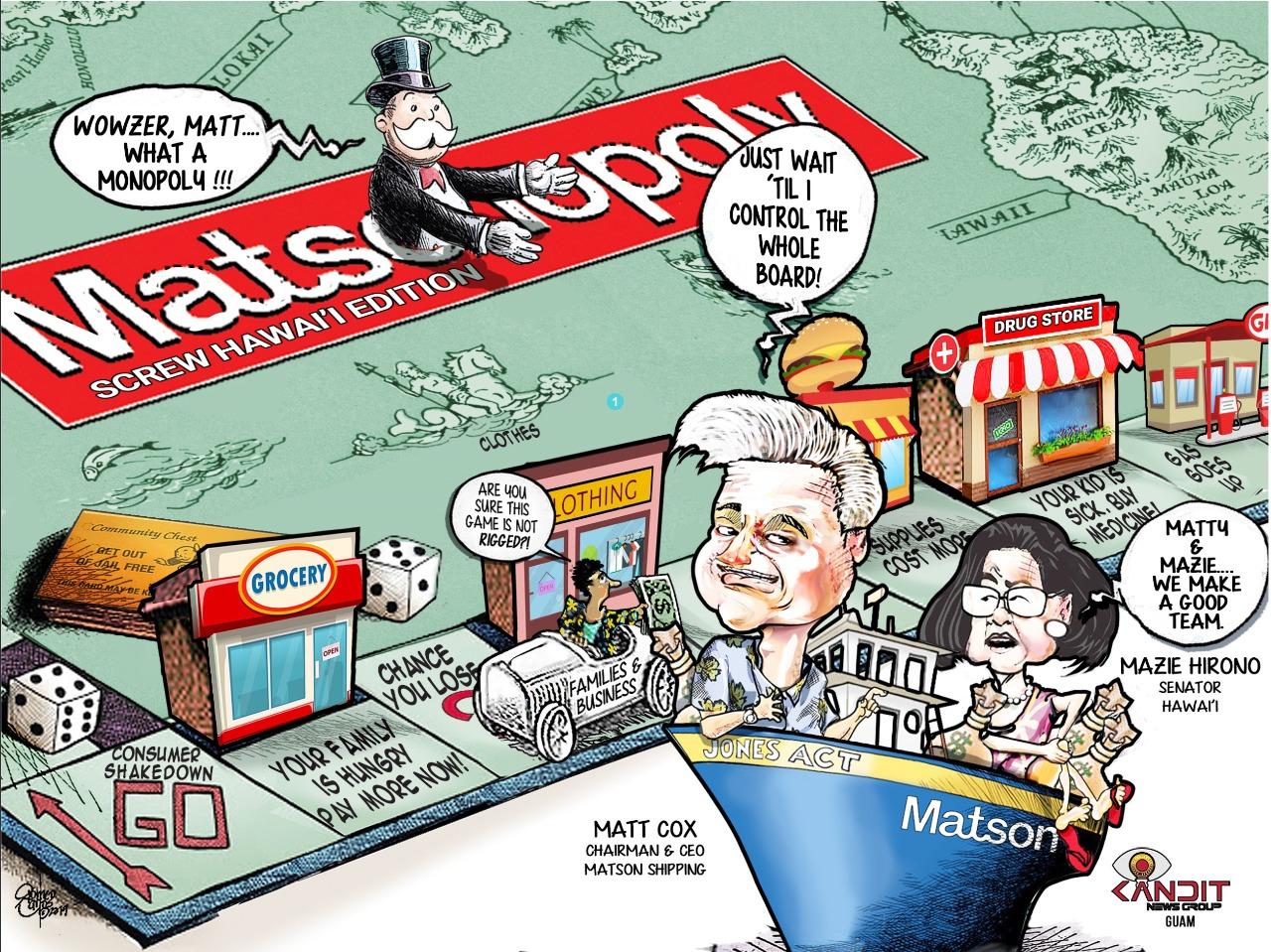 The “unsubsidized Jones Act carrier” Ms. Hirono refers to in her letter is her political donor, Matson shipping. Hirono is an elected official of Hawaii, elected to represent Hawaii’s interests. The Guam and Saipan shipping routes have nothing to do with Hawaii or Hirono. Likewise, she is not a representative of any of the residents of the Mariana Islands.

Kandit sought to know whether any of Guam and the CNMI’s actual elected officials knew about Hirono’s efforts, and what, if any, they intend to do to stop her. If Hirono is successful in her campaign, Matson will attain a monopoly once again in this region, and prices on nearly everything sold on store shelves will almost certainly increase. APL has sued Matson this past summer alleging its unlawful efforts to attain a monopoly is in violation of the federal Sherman Antitrust Act. The law states it is illegal for people and companies to conspire to act in ways that push out competition in favor of a monopoly.

All of Ms. Hirono’s letters are to the benefit of a Matson monopoly in the Guam and Saipan shipping trades, and were sent to three different administrations during periods, when federal civil court cases were ongoing in Matson’s effort to kick out APL and attain a monopoly.

Among the questions this should raise for the people of the Mariana Islands are, ‘Who among our leaders knew what was happening,’ and ‘What are you going to do about it, now that you know?’ 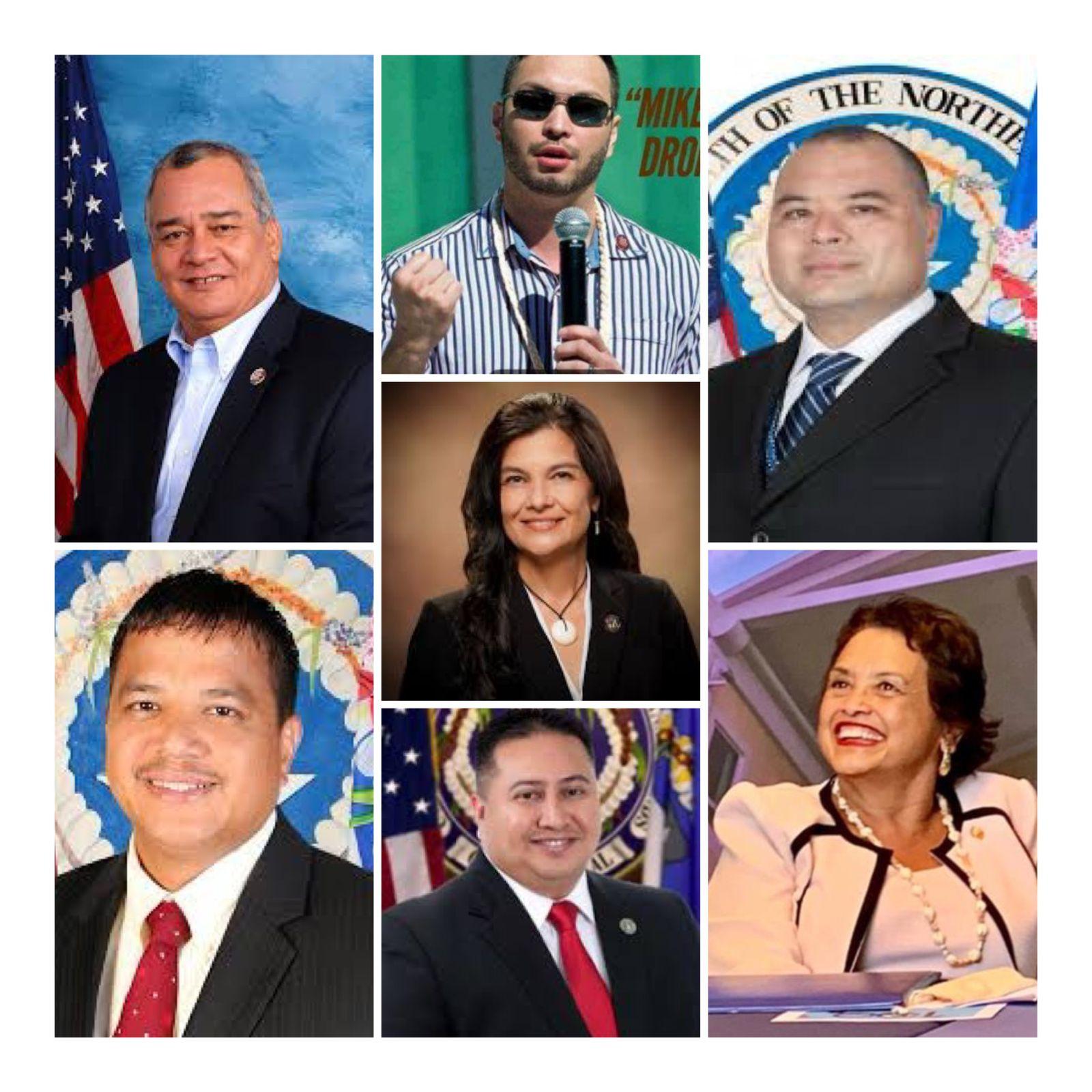 “I attached a series of letters U.S. Senator Mazie Hirono (Hawaii) wrote to the current and previous U.S. secretaries of transportation, and to U.S. MarAd. All three letters are about shipping to Saipan. The effect of her requests, if granted, would affect both the CNMI and Guam, directly.
“Here are my questions:
“If this effort by Sen. Hirono is news to you, then may we know: