Home >> Jerry’s Kitchen destruction: The three other occupants of the Red Jeep

Jerry’s Kitchen destruction: The three other occupants of the Red Jeep 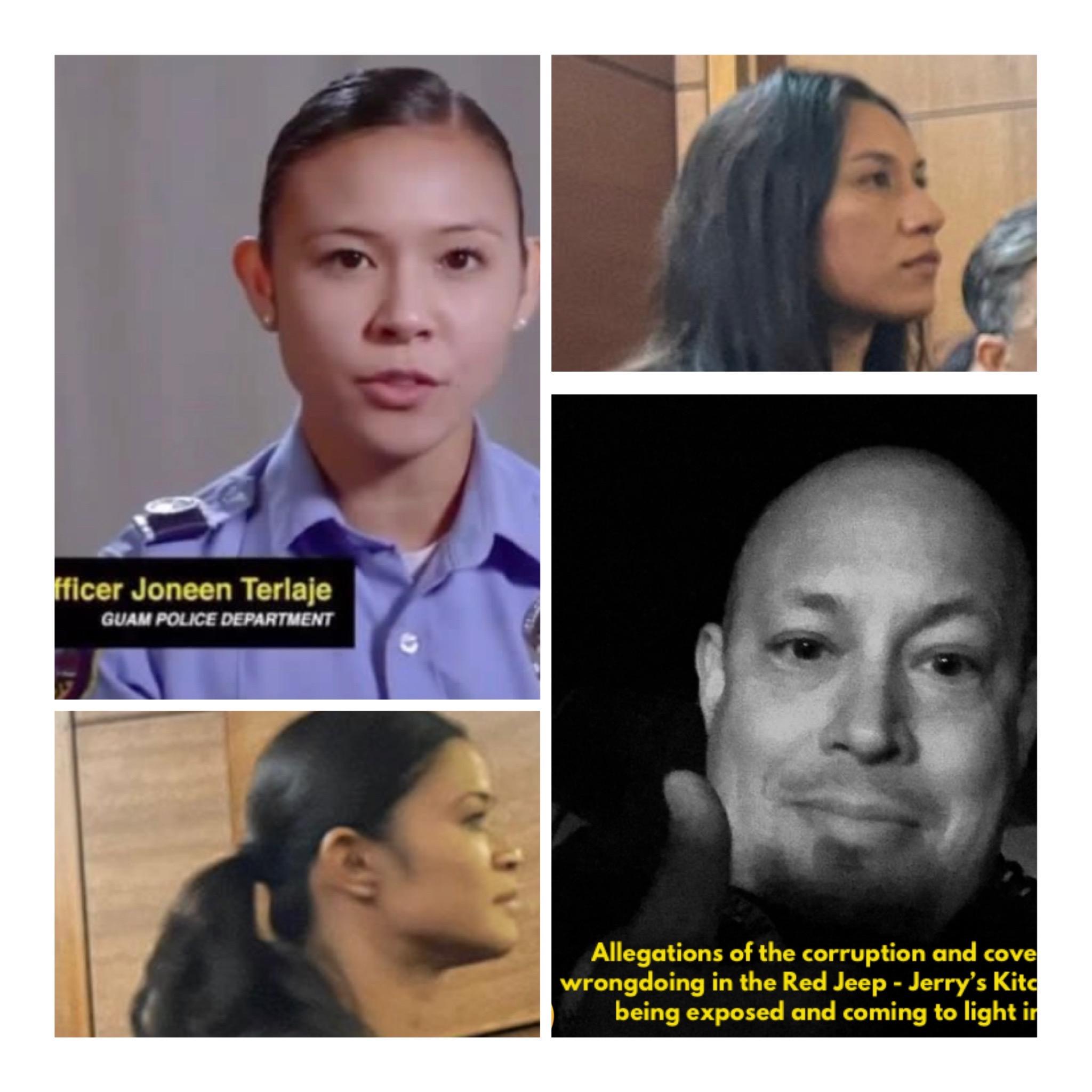 In the early morning hours of February 25, 2021, as four young women surveyed the damage they were party to in the ruins of Jerry’s Kitchen, Tamuning, Guam Police Officer Chris Champion (bottom right) saw fellow police officer Joneen Terlaje (top left) among the occupants, and decided nothing more than a minor traffic violation occurred.

He wrote a traffic ticket, had the scene cleared, and failed to administer any field sobriety test. According to the police report, the person responsible was a young woman named Nakita Aguon, whose name has been dragged through the mud the past year and a half.

It was based on Champion’s report and an ensuing second investigation by his colleagues (forced upon GPD by immense public pressure), that Attorney General Leevin Camacho decided to charge Ms. Aguon, and no one else, in the case.

Ms. Aguon refused to be part of the conspiracy, and took the matter to trial. So far, in front of a jury of six, the evidence has shown an irrefutable attempt by the Guam Police Department to cover up the misconduct and wrongfully blame the matter on Ms. Aguon. Among the points brought up during cross examination of one of the investigators is the fact that on the police report, the names of the other three occupants of the vehicle was never written in.

Those names are: Ms. Terlaje, Tracy Matanane (to her right), and Ayesha Barcinas (bottom left).