His son, Carlos Pangelinan, is part owner of Kandit, Inc.

We, at Kandit, ask that you keep Carlos, his siblings, and all his dad’s family in your thoughts and prayers as they all struggle through this difficult time.

The following is from an article in Guampedia written by Rita Nauta about Mr. Pangelinan’s life’s work:

Adriano Pangelinan is considered one of Guam’s pioneers in contemporary painters who began his prolific art career in the late 1960s, when he was a student at George Washington High School in Maite. Pangelinan went on to teach art at the University of Guam for 20 years. His remarkable understanding and use of color make his works memorable and unique within the arts community.

Raised in Yona, Pangelinan is the son of Vicente U. Pangelinan and Pilar Baza Pangelinan. His obvious talent at an early age compelled his high school art teacher to submit several of Pangelinan’s works to various national and international student art shows.

Barely seventeen, Pangelinan was invited to participate in the Chautauqua Institute Art Exhibit in New York State.  His watercolors immediately garnered media attention, and an article about him appeared in the New York Times.  A year later he was invited to exhibit his work in a one-man show at the San Francisco Museum of Modern Art.  He also received invitations from as far away as Japan and Dallas, Texas, to exhibit his work.

In 1973, Pangelinan graduated from Southern Illinois University with a Masters of Fine Arts degree in painting and came back to teach at the University of Guam.  He was a professor of art at UOG until his retirement in 1993.  While there he taught generations of young artists, including Jack Shook and Ric Castro.

Known for his modernist watercolor style and the vivid use of color, Pangelinan renders his subjects in ways that are recognizable but not realistic.  Instead, he emphasizes the fluidity and spontaneity of watercolor.  With this medium forms are suggested and not completely delineated.  Like music, where each instrument has a unique sound, Pangelinan believes that each medium has its own nature, and cannot compare watercolor to any other media.  He creates a sense of rhythm through his use of color harmony and color discordance.  Pangelinan’s themes mostly focus on island customs, daily activities, and architecture, to feature where people live and what they do.

Pangelinan’s work is distinctive, and can be seen locally in many public places, including Guam’s A. B. Won Pat International Airport, the Guam Legislature, King’s Restaurant, Pacific Islands Club Resort, Guam Hilton Hotel, as well as a number of other hotels. 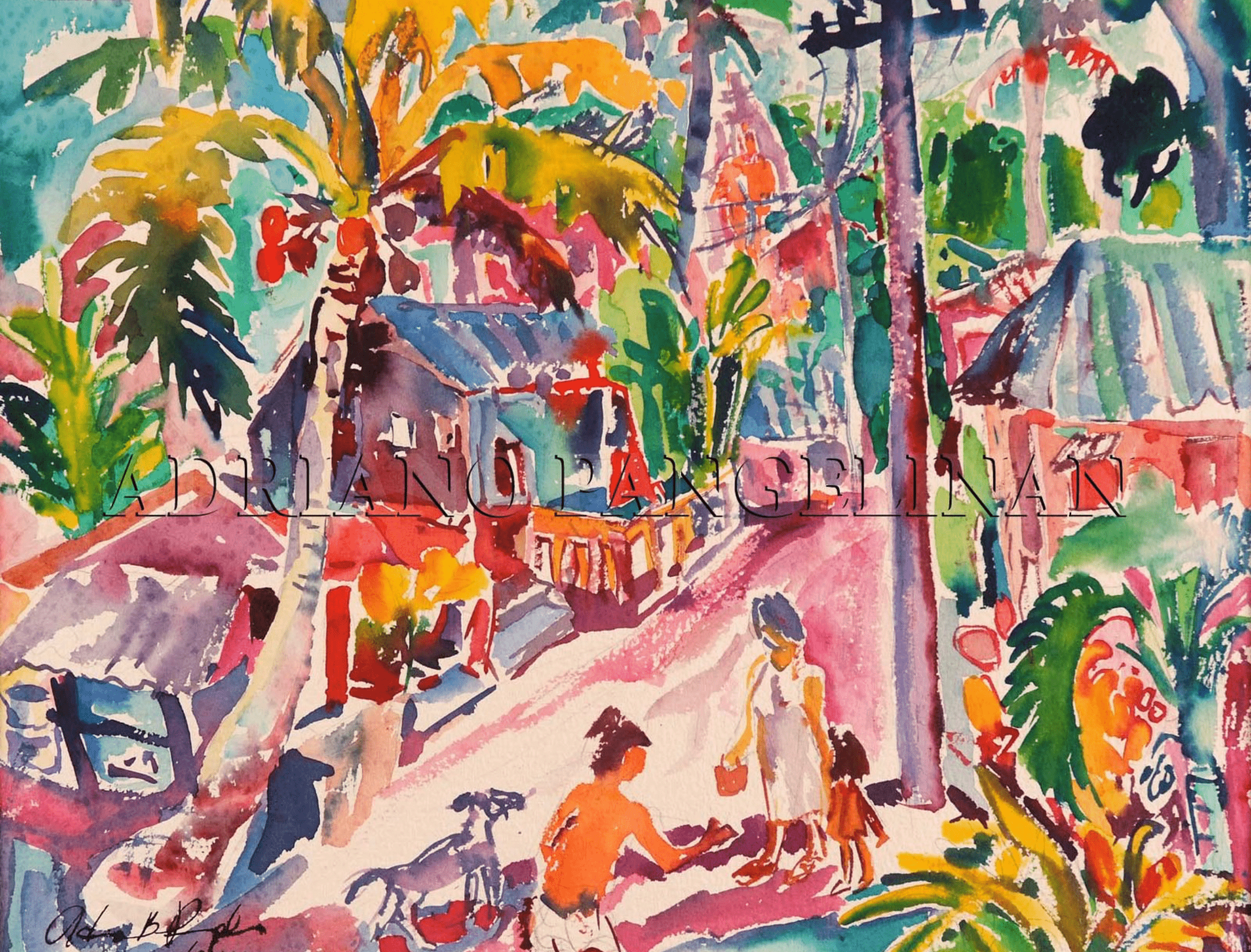 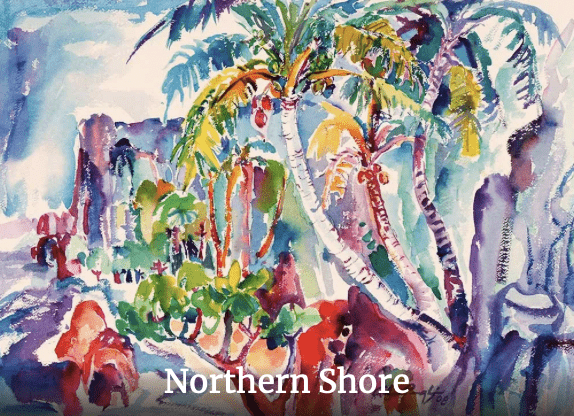 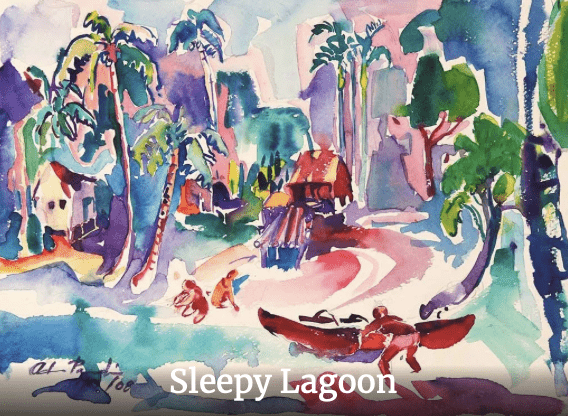 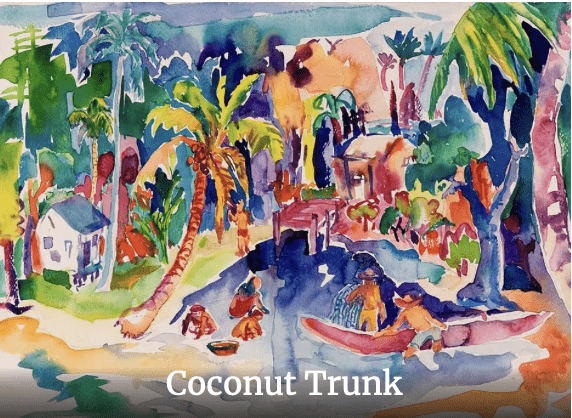