Home >> Mike & Bri: Crime, corruption, and cost of living in one term

Mike & Bri: Crime, corruption, and cost of living in one term

The democratic gubernatorial team of Michael San Nicolas and Sabrina Salas Matanane released their campaign platform last week. Among the central themes of the packet is a promise to fix old problems within one four-year term, and a plan against corruption, crime, and the high cost of living.

“We will establish … an Inspector General Division that will receive all fraud, waste, abuse, service, and processing concerns from the public and conduct daily random agency site visits to ensure that management is meeting Office of the Governor standards,” the platform states as part of the team’s promises for its first 100 days in office.

The government of Guam executive branch has been lacking processes for the reporting and investigation of corruption aside from the Office of the Attorney General and the Office of Public Accountability. The OAG under Attorney General Leevin Camacho has not prosecuted a single corruption case despite at least one audit by the OPA implicating a former governor’s office official in an illegal procurement scheme.

The platform singles out six main issues with a recurring theme of resolving legacy problems within those issue areas within a single term: cost of living, economic growth, crime, health care, education, and government services.

“We will accomplish in one term quality of life improvements for our people with a reduction in housing costs and rents by accomplishing the mandates of the CHamoru Land Trust, focusing tax and manpower incentives to grow affordable housing inventory, reduce utility bills with proper hedging of the fuel costs that run our power plants, reduce gas prices with aggressive policies to balance fair profits, eliminate taxes on food and medicine with necessary debt restructuring, and lower food costs by building our capacity to feed our people locally,” the cost of living platform states.

Mr. San Nicolas, whose popularity was built around the solving of problems in Washington all of his predecessors combined could not solve for Guam for decades, also promises to increase the police force at least to 320 uniformed officers, and to engage federal partners to stem the influx of drugs to the island.

The gubernatorial team also believes they can resolve a longstanding government of Guam problem: long lines, unanswered phones, and the lack of technology in customer service protocols.

Mr. San Nicolas and Ms. Salas Matanane want to build a new hospital and staff it and local clinics with more homegrown nurses and with needed medical specialists. This, along with their intention to update Guam’s “antiquated Medicaid State Plan” is the promise they make to improve health care in just one term. A current proposal by his democratic party opponent, Gov. Lou Leon Guerrero, will see the opening of a new hospital 10 years from now.

Mr. San Nicolas also proposes to use his powers to reorganize government, and consolidate the education, health, and crime-fighting powers of the government into three cabinet secretaries under his authority. The public safety secretary, for instance, will have a charge to reduce the trafficking and abuse of drugs.

You may view the full platform below: 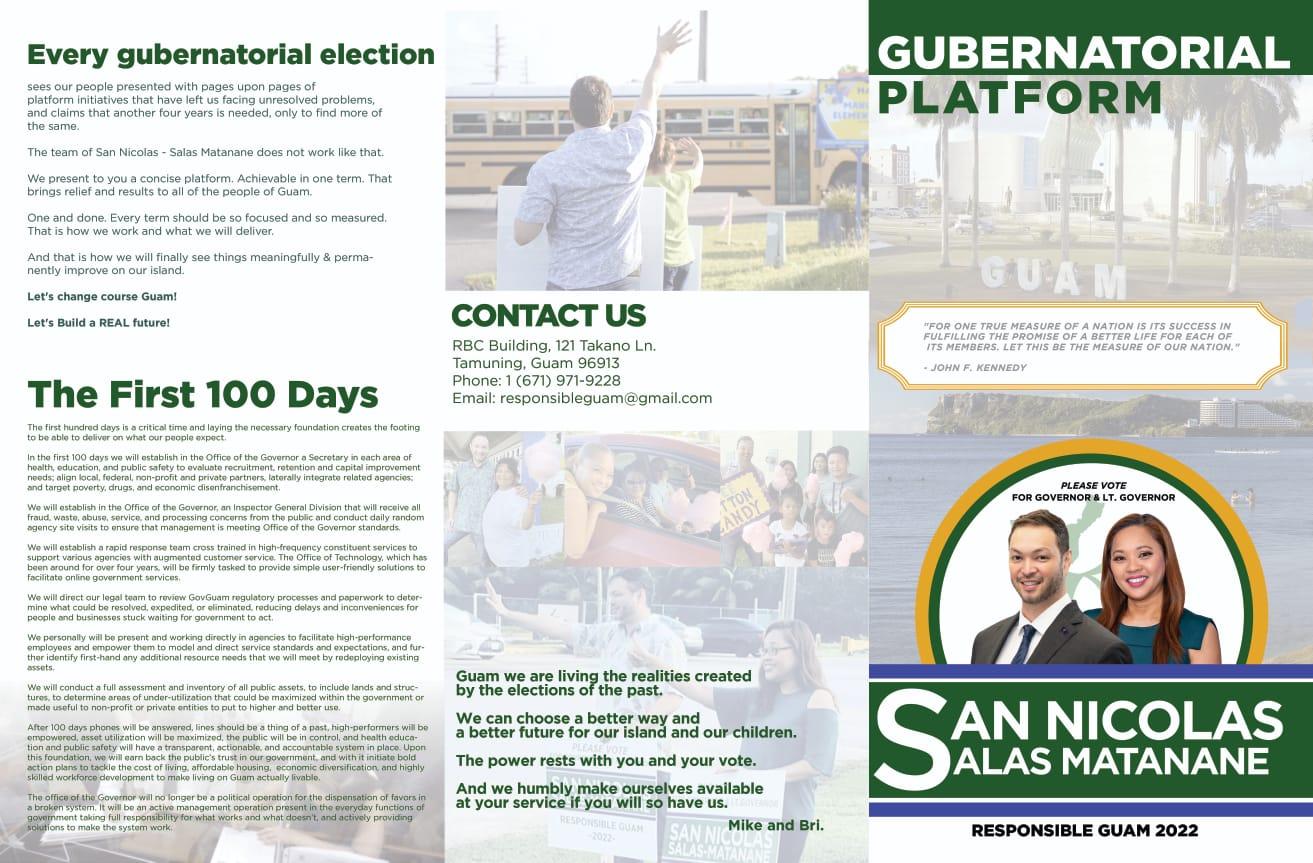 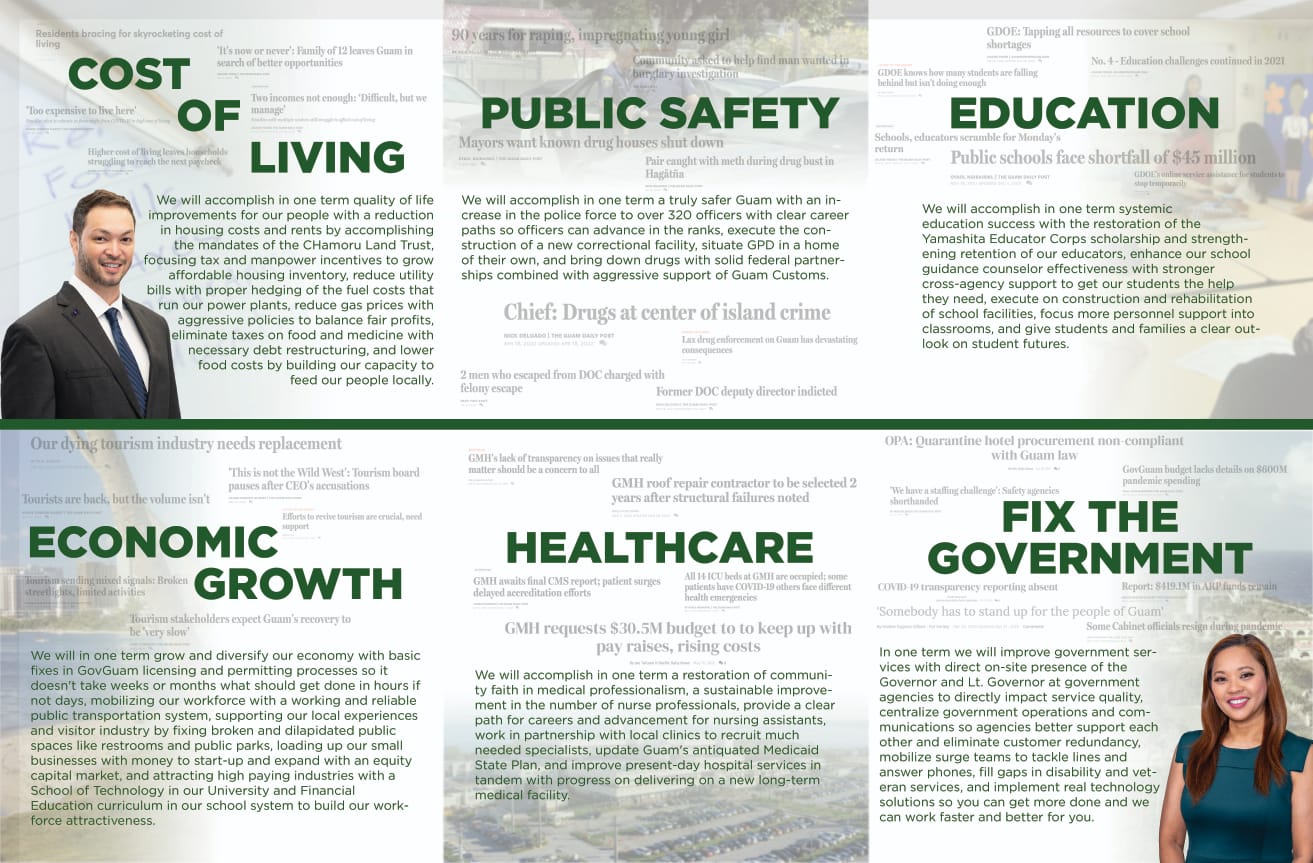