Home >> Mr. “I have nothing to hide,” sent notice he will be hiding from the JGO Committee

Mr. “I have nothing to hide,” sent notice he will be hiding from the JGO Committee

The CNMI House of Representatives called the governor’s bluff.

Gov. Ralph Torres, who quipped “I have nothing to hide,” as he baited legislators to ask him about allegations of corruption directly, had one of his lawyers send a letter to the House Judiciary and Governmental Operations Committee informing the members he will not testify Friday.

Mr. Torres is under the command of a legislative subpoena to appear before the House at 10:30 a.m. Friday to answer to allegations of corruption. As anticipated by many, Mr. Torres is claiming executive privilege and immunity.

The JGO Committee investigation is undergoing an historic process leading to the introduction of articles of impeachment against Mr. Torres for crimes committed against the Commonwealth.

“For months, the Governor has been longing for an opportunity to provide answers to the JGO inquiries,” committee chairwoman Celina Roberto Babauta wrote back to Mr. Torres’s legal counsel, Gilbert Birnbrich. “Instead, he has chosen to produce recordings that are neither factual nor historic. It is disappointing, at best.”

Ms. Babauta’s letter informs Mr. Birnbrich of the JGO Committee’s agreement to a meeting with him in the House Chamber at 9:30 a.m., Friday to confer on the governor’s reservations.

She also reminded him that the governor’s failure to appear may lead to contempt charges.

You may read both letters below: 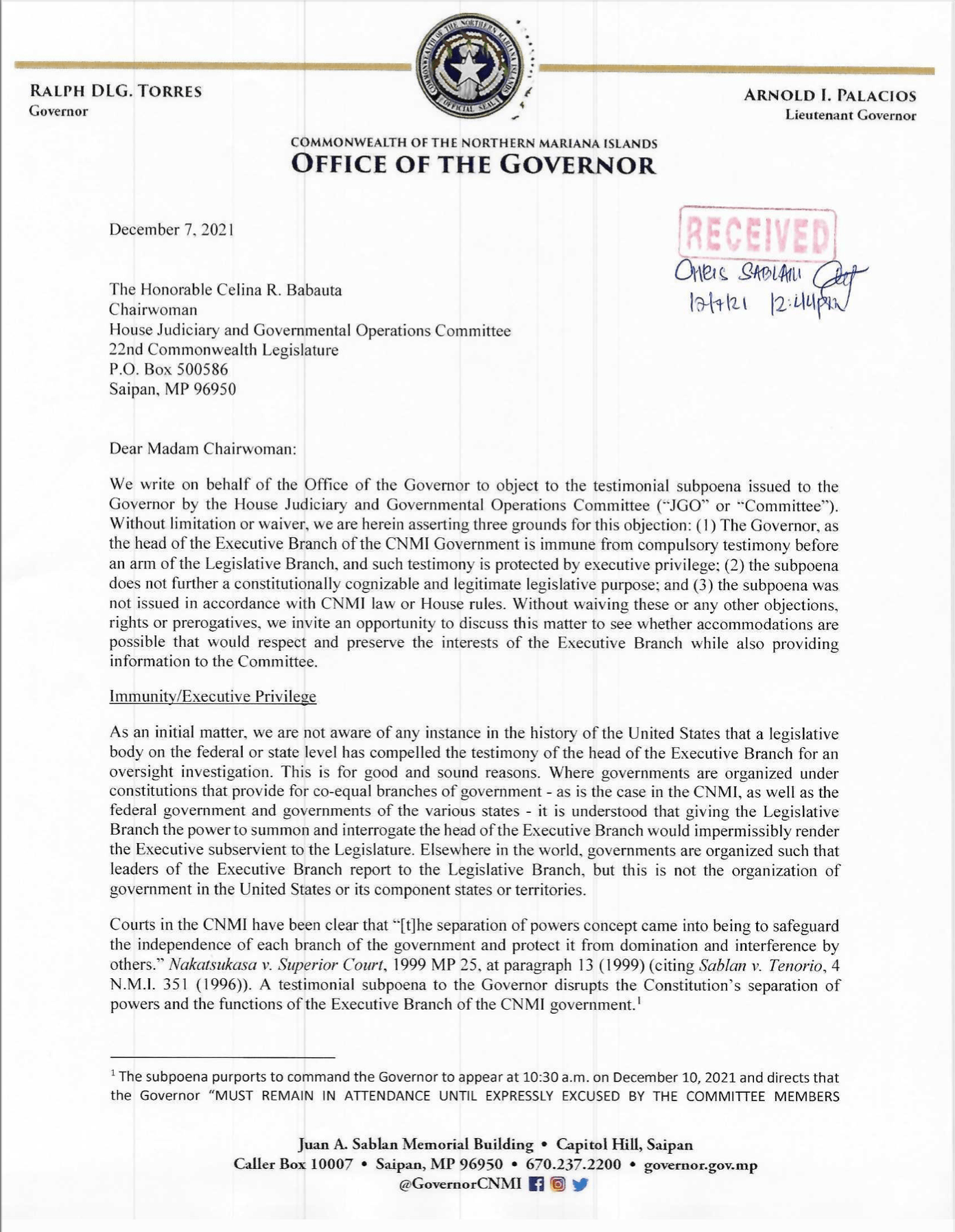 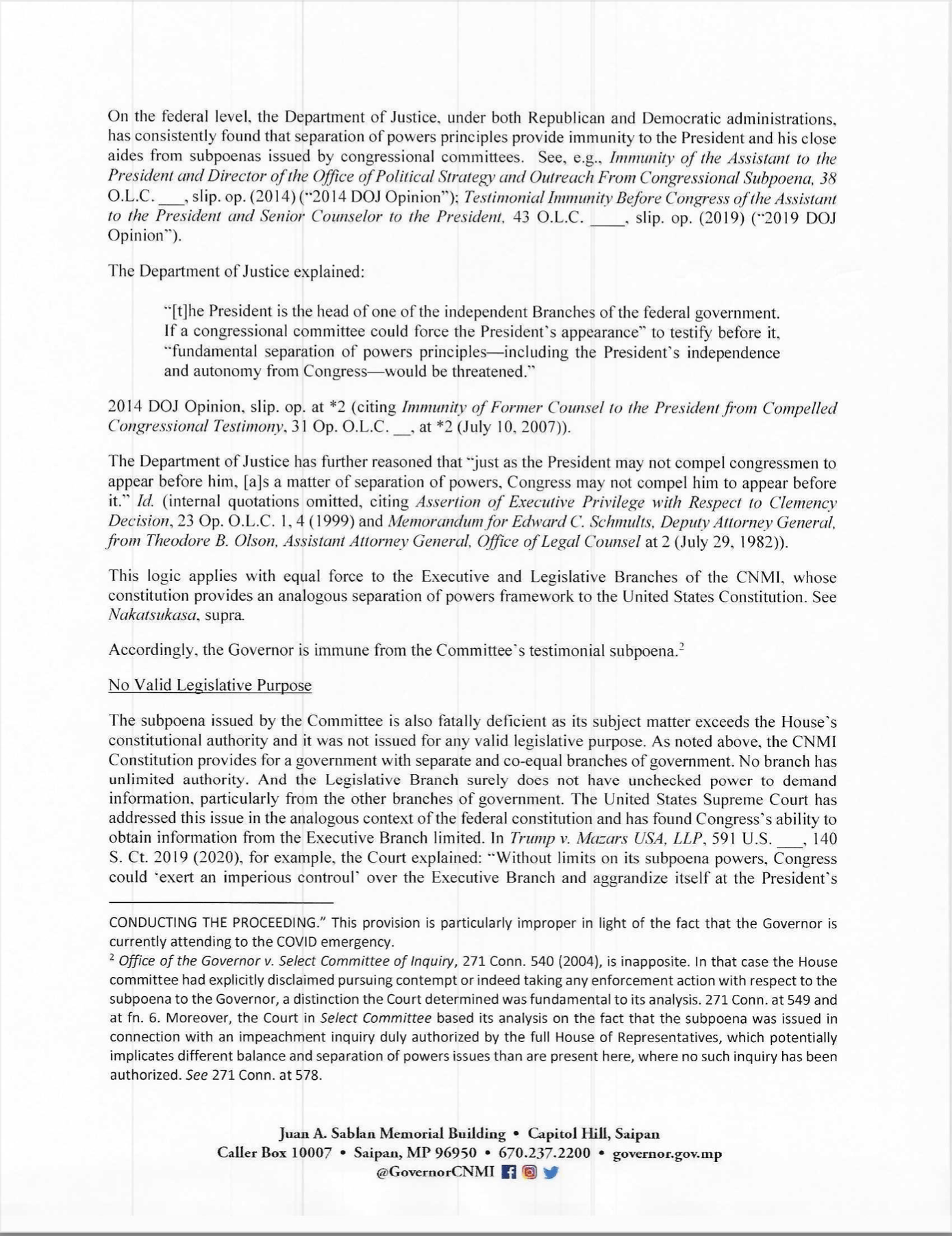 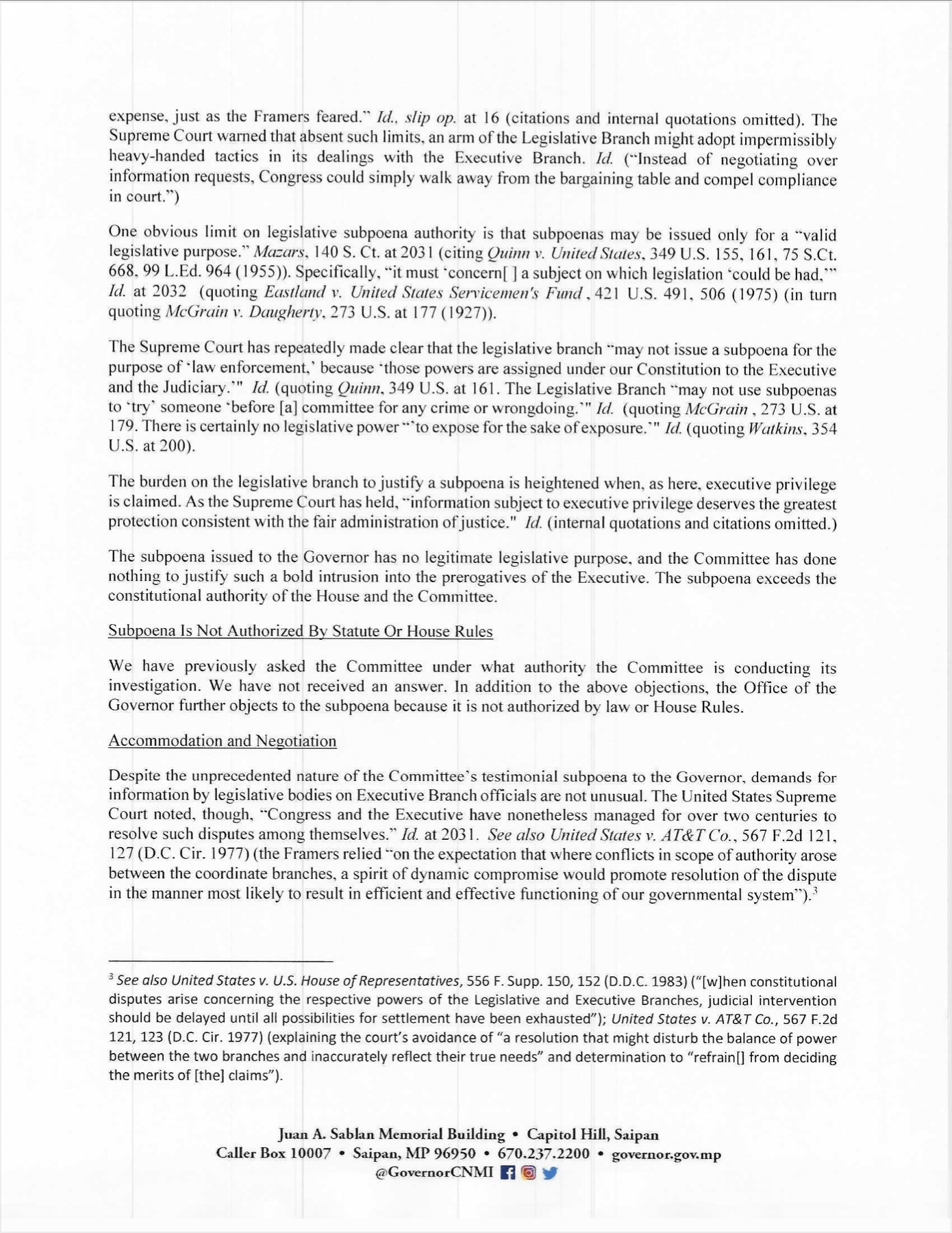 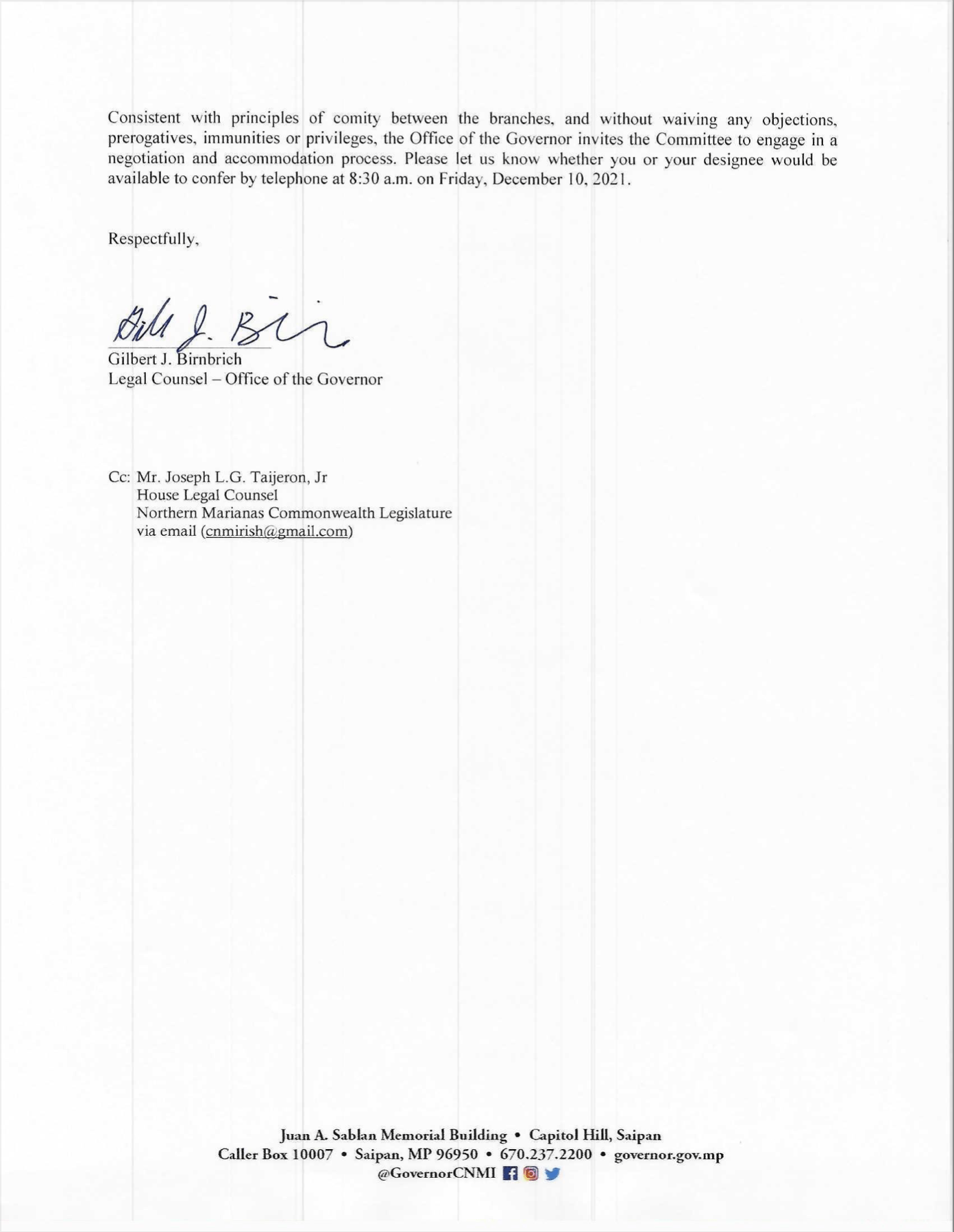 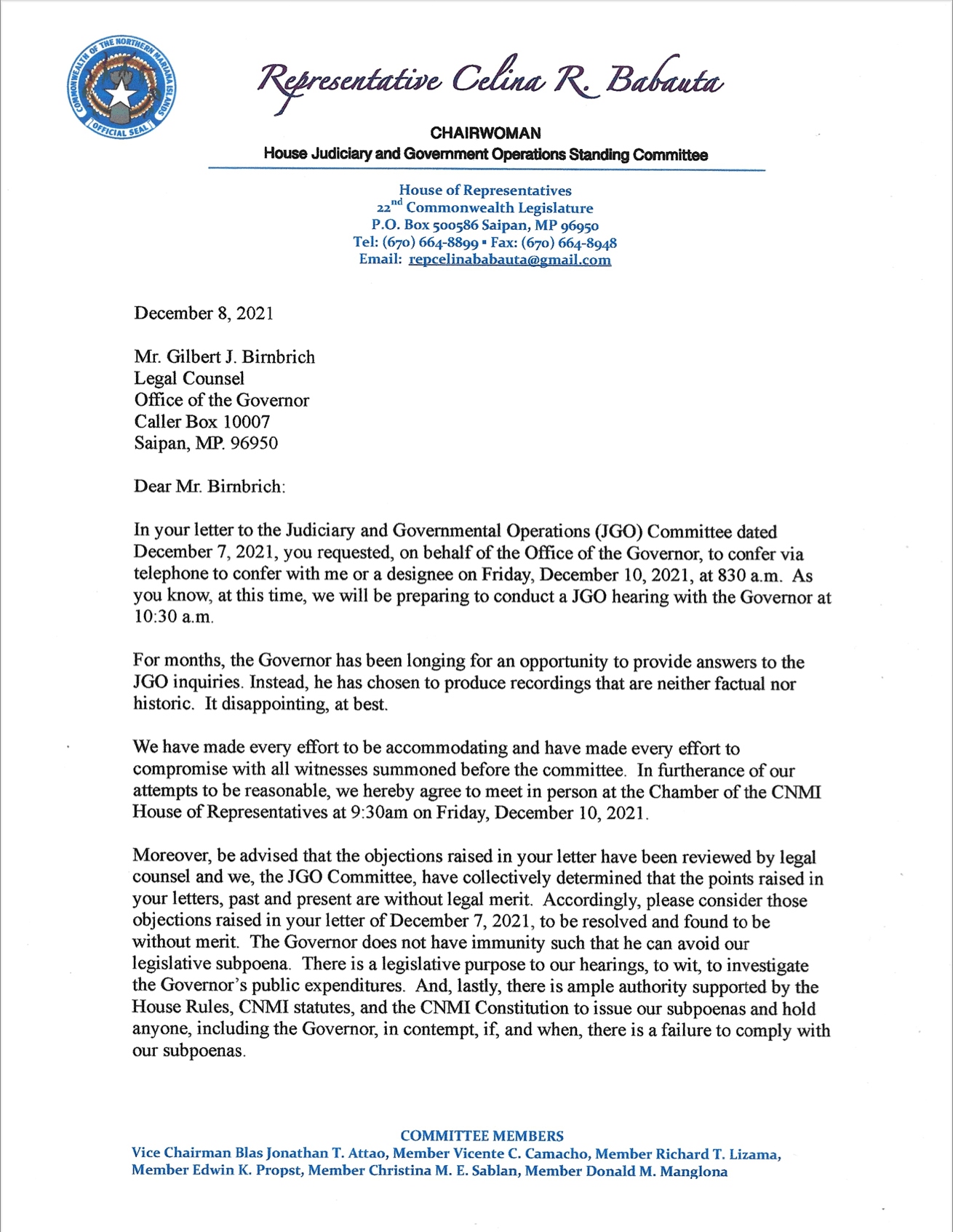 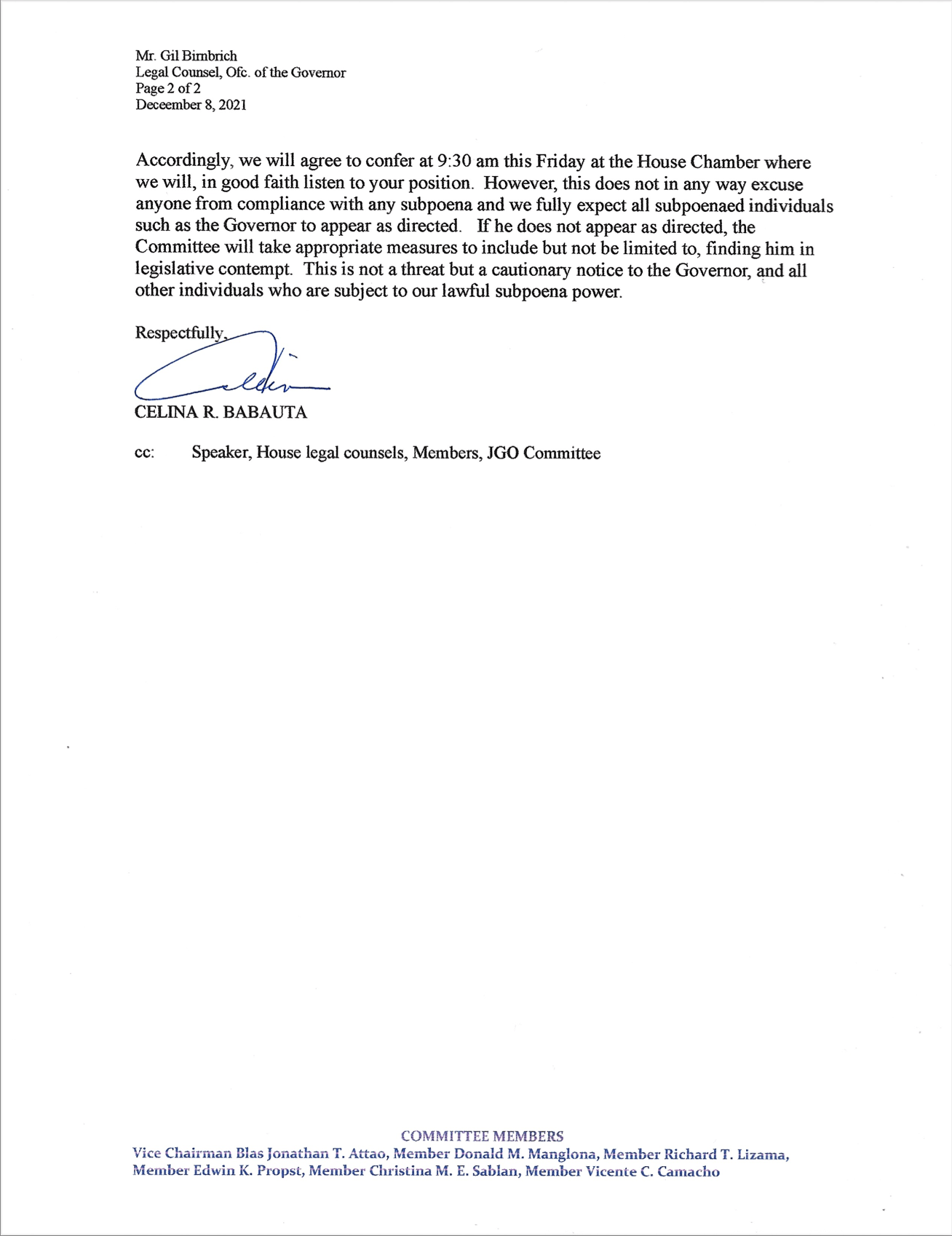