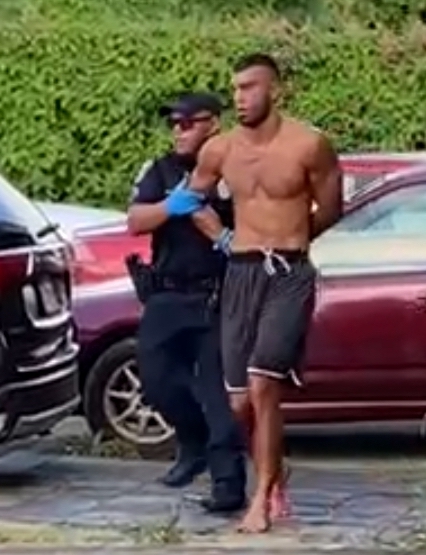 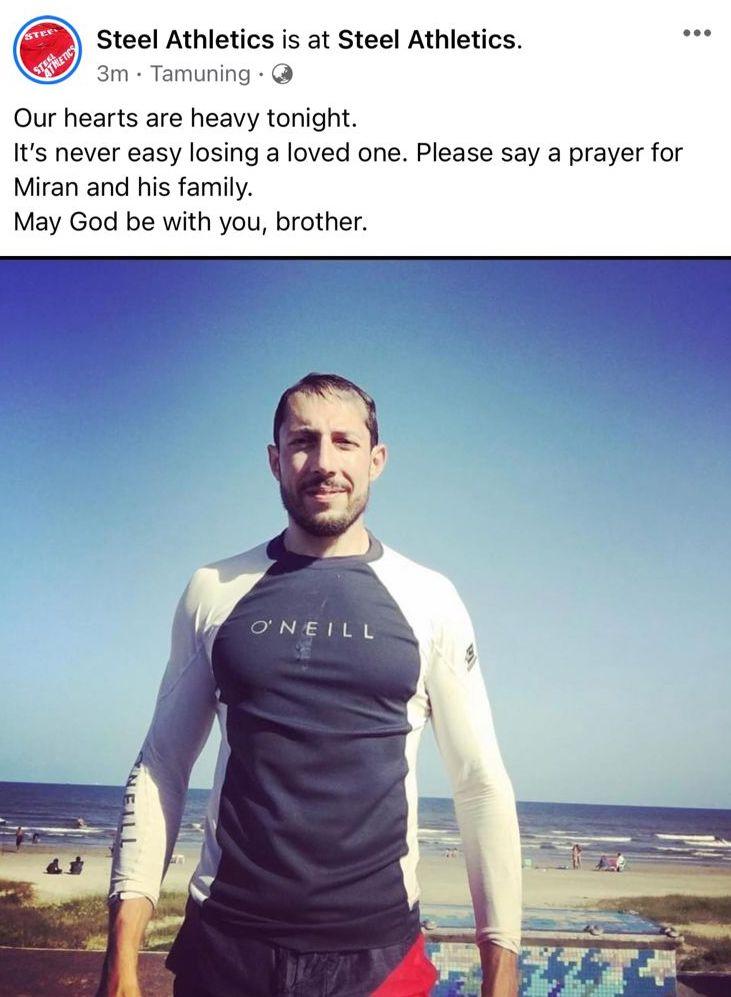 A Russian native known as AK Khozhiev was seen in video Sunday afternoon being arrested by Guam Police officers at the same Tamuning apartment complex, where police reportedly are investigating the murder of an interventional radiologist, who worked at Guam Memorial Hospital.

A police source of information says Mr. Khozhiev is being held for allegedly stabbing Dr. Miran Ribati to death, and sending another person to the hospital. Steel Athletics, a gym, where Dr. Ribati reportedly practiced mixed martial arts, earlier tonight posted its condolences on the passing of Dr. Ribati. Guam Memorial Hospital is unable to comment at this time, or to confirm any of this information, except Dr. Ribati’s relationship with GMH, according to spokeswoman Mai Habib. GPD has yet to put out a statement.

Crime scene tape is blocking the entrance to Pom Siana apartments across from St. Anthony School along Farenholt Avenue. As late as 7 p.m. Sunday, multiple officers and police vehicles with lights on were on the property and appeared to be interviewing witnesses. A video of the apprehension of Khozhiev, which circulated widely on social media, shows police officers yelling at him to place his bloodied hands on his head. On the other side of the apartment complex, other officers tried to ask a woman questions, but she was inconsolable with grief.