“It is rather unfortunate and disheartening that the Governor went as far as filing the lawsuit against the House Judiciary Committee, especially given the fact that he has repeatedly and publicly stated, that he’s got nothing to hide. Having said that, I am not surprised though.

“All this time, energy, and money being spent on fighting the subpoena could be put to better use on getting all the much-needed PUA, stimulus, and child tax monies into the hands of our people in a timely manner and without all the delays that we are seeing.

“These are very serious allegations of misuse of taxpayers’ money that only the governor himself must put to rest. The public deserves an explanation, nothing less. They have the right to know the truth because, after all, it is their money.

“The inclusion of House Sergeants-at-Arms Peter Towai, a dedicated CNMI public servant and Iraq war veteran, in the lawsuit for simply doing his job is very disrespectful, appalling, and completely uncalled for. This is not the way to treat nor show our appreciation to any of our veterans. They have sacrificed so much to safeguard the freedom and liberties that we all enjoy.

“Enough already! Na Para! This lawsuit is yet another wasteful spending of taxpayer’s money and one that only further denies the public their right to know the truth. Our people deserve better from our leaders.

“At the end of the day, the governor is not above the law.” 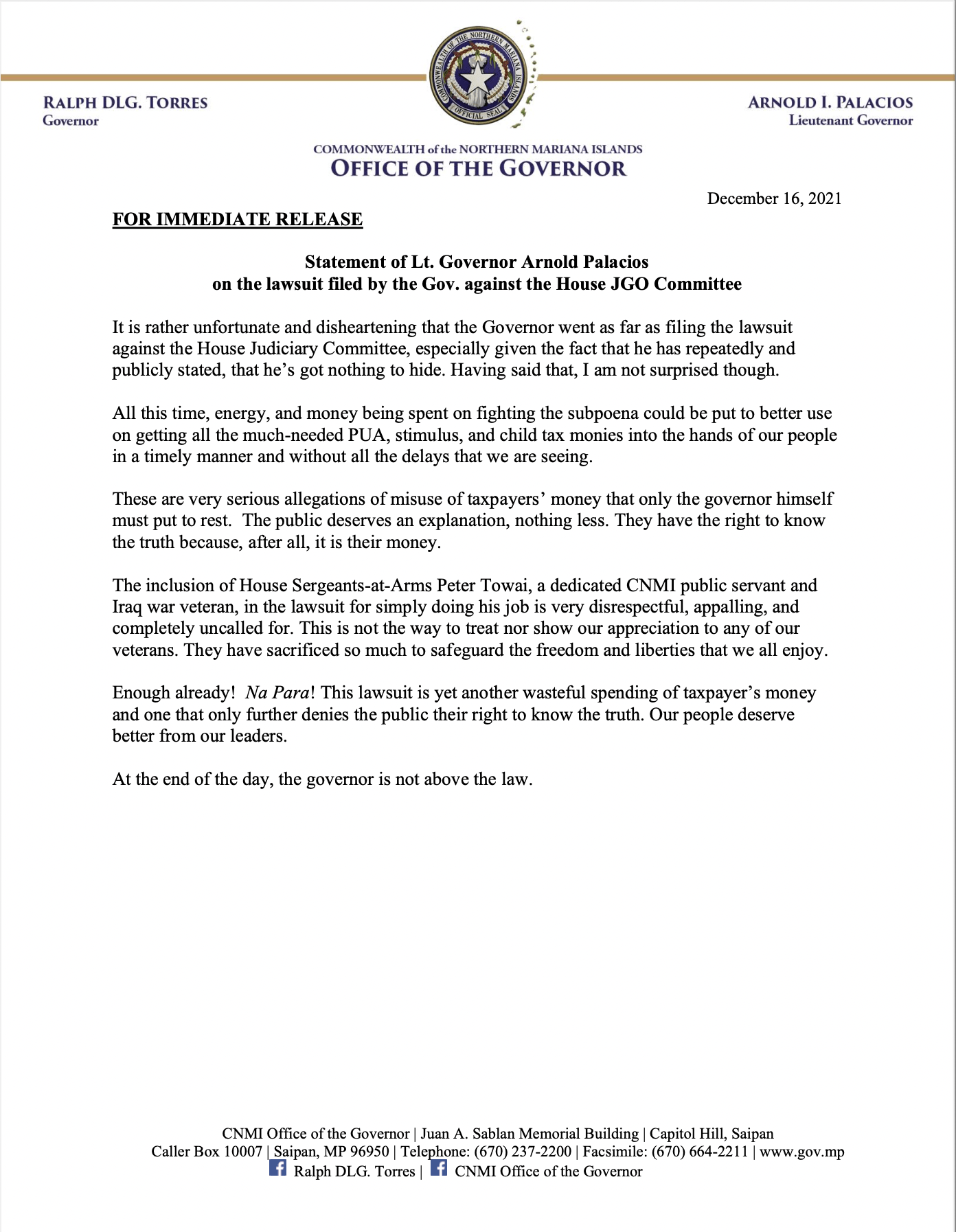