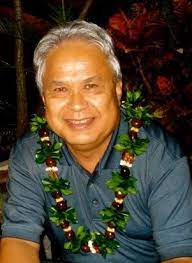 Retired chief justice Jose S. Dela Cruz announces the publication of his second book about the Northern Mariana Islands. It will be available this November. The book recounts the experience of the people of the CNMI during the past decade—from 2010 until 2020. It discusses several of the fundamental issues affecting the growth and development of the islands, before and after the turn of the 20th century.

Many of the issues confronting the CNMI relate to its insular economy, its small population, the lack of capital and natural resources, and the remote location of the islands from major urban centers. The book also discusses several of the political and self-governance issues that have arisen since internal self-government began in 1978.

The first major issue confronting the CNMI has been the continuing decline in its economy since the end of the 20th century. By 2006, the islands had fallen into a major economic recession and, to the present, has had a very difficult time resuscitating its economy. The year before then, the CNMI economy took a major hit with the departure of the CNMI garment industry–in 2005. And by 2010, literally all the major airlines servicing the CNMI, including its visitor and garment industries, had also left, due to the islands’ dismal economy.

Aside from the continuing economic recession, the CNMI also experienced its first major political crisis with the federal criminal conviction of the sitting lieutenant governor in 2009. A few years later–in 2013–the sitting governor was impeached by the CNMI House of Representative and he resigned from office a week later. In 2015, he was criminally convicted for several of the same offenses that he had been impeached for.

Dela Cruz’s new book also discusses the hasty enactment by the CNMI legislature in 2014 of the first casino industry legislation for the island of Saipan. In their zeal to revive the local economy, the late Governor Eloy Inos and the leaders of the CNMI House and Senate decided to establish a casino industry for the island Saipan. But in order to entice prospective investors from Macao and Hong Kong, the legislation provided for the award of an exclusive casino license to a single casino operator for a long term–forty years. The book describes in some detail the rise and fall of the new Saipan casino industry. Five years later—towards the end of 2019, the exclusively owned and operated Saipan casino started to experience financial problems, both in terms of operating the casino and in terms of completing the construction of the fourteen-story casino structure.

Dela Cruz’ new book about the Northern Mariana Islands also discusses some of the key issues relating to the islands’ political relationship with the United States, its adopted mother country. For example, it discusses the basic constitutional issue of whether the CNMI is or is not “a part of the United States.” It discusses the 1901 U.S. Supreme Court ruling in the Insular Cases that the U.S. Constitution does not apply “of its own force” to U.S. territories. Because of that ruling, only those provisions of the U.S. Constitution that are expressly listed in the Northern Marianas Covenant were made applicable to the CNMI through the Covenant agreement.