Opinion: Our promise: leading by example 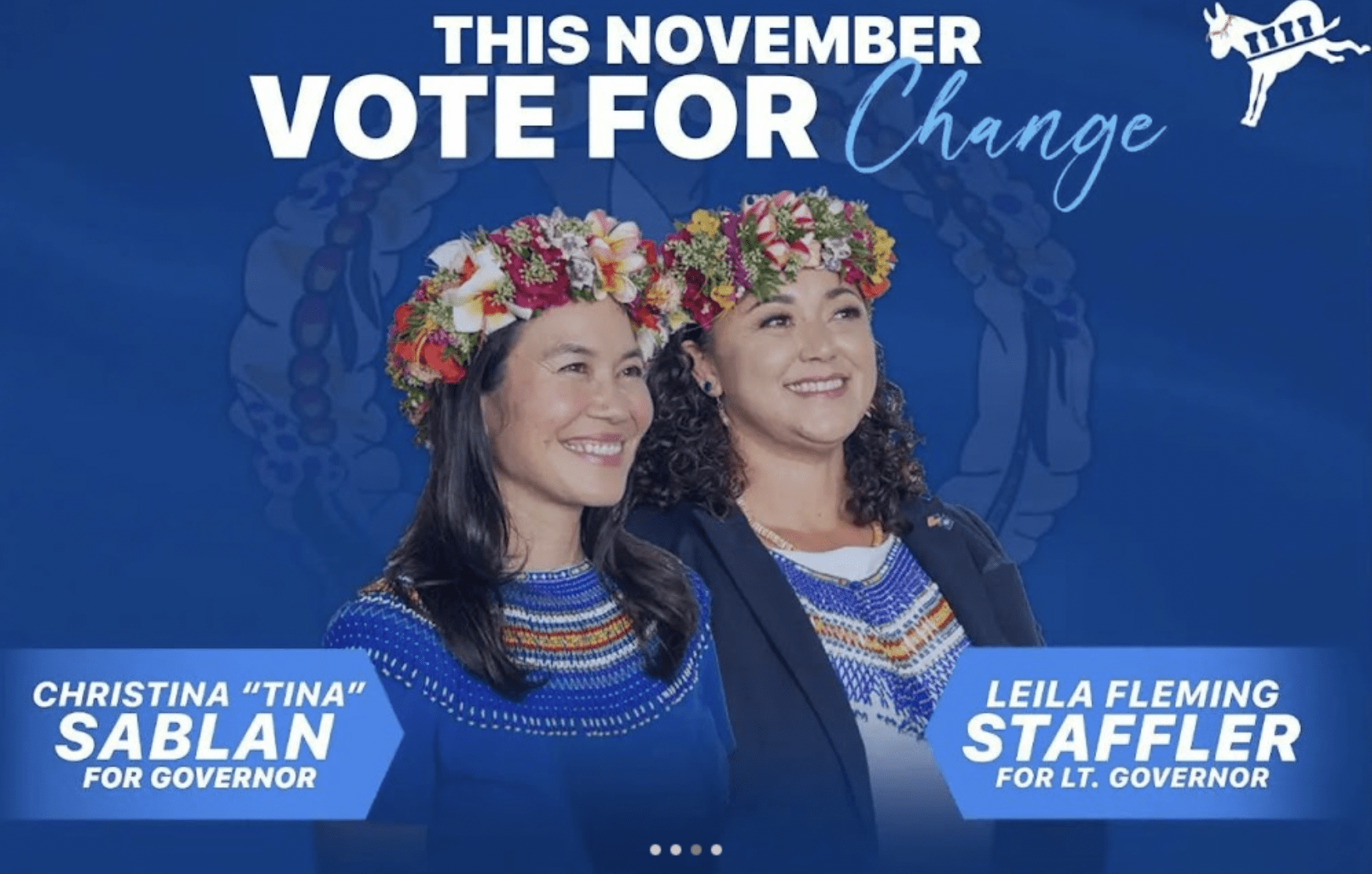 This November, voters have critical decisions to make about the leadership and future of our commonwealth. Under the current administration, we have all suffered from wasted resources, inexcusable delays in public services and projects, and abuses of trust by the highest officials in the land. The people of the Marianas deserve so much better, and the time for change is now.

We are running to be your next governor and lieutenant governor to deliver the change that our commonwealth needs. Together, we bring 40 years of public service experience, and plans laid out in our platform at sablanstaffler.com for a future that is safe, healthy, beautiful, and just, and a commonwealth that we can be proud of.

As governor and lieutenant governor, we promise to serve and lead the people of the Marianas by the values of good governance: with fairness, honesty, and fiscal responsibility, and care for the wellbeing of present and future generations. And unlike the current administration, we will lead by example. In a Sablan-Staffler administration, you can count on us to:

In leading by example, we will begin to change the culture of our government to one that is truly centered on public service, and puts people first above politics and special interests. This is our promise to the people of the Marianas: good governance will be our guiding light in a Sablan-Staffler administration. Change will come to the Marianas when you vote for it.

Your vote is your voice – make it count in this November’s decisive and historic election. Early voting begins November 1, and General Election Day is November 8. Please be sure to vote, and encourage your family and friends to vote too. And please vote Democrat, up and down the ballot! Biba Marianas!

Christina “Tina” Sablan and Leila Fleming Staffler are the democratic candidates for governor and lieutenant governor of the CNMI.