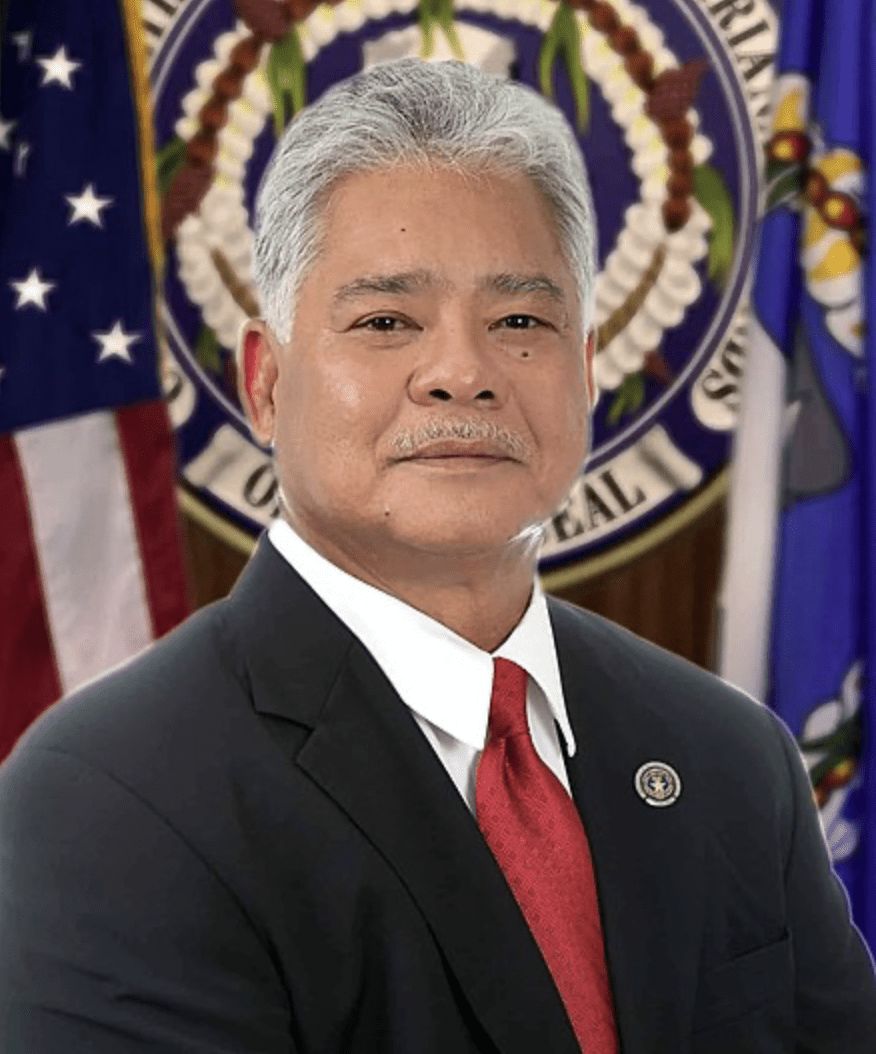 Lt. Gov. Arnold Palacios is calling out his campaign rival, Gov. Ralph Torres, in the wake of the removal of the customs director. The following is a statement from Mr. Palacios released this morning:

In a memorandum served on CNMI Customs Director Jose Mafnas by Secretary of Finance David Atalig on July 21, 2022, Mafnas, the long-time head of the Division of Customs was abruptly removed from his post, and re-assigned to the Department of Commerce effective immediately.

In Atalig’s memorandum, the Secretary seems to contradict himself as, in it, he praised Mafnas’ leadership as “outstanding” for the Customs Division and even acknowledged the Director as a “productive and competent” leader of the Department of Finance’s management team, all the while inexplicably informing Director Mafnas of his removal.

“The abrupt removal of Director Mafnas from his position, despite the glowing praises from the Secretary of Finance, is nothing short of a failed attempt to cover up a political retaliation against the director,” said Lt. Governor Arnold I. Palacios. “This is very petty. I find it appalling that, as a Commonwealth, we have stooped this low. We are better than this. We need to rise above the fray and give our people the freedom to choose their leaders without fear of retaliation.”

The removal of Director Mafnas from his position is just the latest of a growing list of hardworking, dedicated government employees that have been given the “pink slip” for being suspected of not supporting the administration.

Mayor David M. Apatang also expressed his frustration about the apparent political firings and harassment and Director Mafnas’ reassignment. “What happened to Director Mafnas is a travesty, not just for Mafnas, but for our people who have benefitted from his steadfast leadership and success in keeping drugs from entering the CNMI and keeping our borders secure,” said Apatang. “This type of political gamesmanship has no place in the Marianas that we all know and it must stop now.”

This trend of political firings and harassment will very likely continue with the end of the fiscal year (September 30) fast approaching. Sources within different government agencies have revealed that “non-renewal” letters have been prepared in advance and will be issued to targeted employees come July 30, exactly 60 days as required for the issuance of non-renewal notices. Thus, more are expected to lose their jobs due to the ongoing political purge.

“If this isn’t political intimidation and harassment at its finest, then I don’t know what is,” said Oscar M. Babauta, Chairman of the AD2022 camp. “On the one hand, the administration has been on a political hiring spree with one-year or less contracts, while on the other, many current government employees have been let go or will become July 30. Many of those that have recently lost their government jobs happen to be known supporters of our camp. This is no coincidence by any stretch of the imagination if you ask me.”

The AD2022 Camp has initiated a list compiling all the names and information of individuals that have lost their government jobs due to their political affiliations. The camp will share this information with the appropriate authorities for their appropriate disposition of accountability.

“We support Director Mafnas and all those that have been targeted by this administration, and we encourage each one of them to seek full redress of their rights and hold those accountable for this injustice,” added Chairman Oscar Babauta.

The Lt. Governor recently issued a call after he arrived from Honolulu for all parties to remain civil in this lead-up to the November General Elections. This latest action by the administration is far from the spirit of “One Marianas.”