Effective January 30, a new police officer’s pay should jump from about $14.00 an hour to more than $18.00 an hour, according to the chief of police.  A trainee’s pay will jump from $11.87 an hour to $14.88 an hour.  Governor Lou Leon Guerrero signed an executive order today, to increase the pay of GovGuam public safety officers effective January 30, 2022.  The 18 percent salary increase will be the first adjustment to public safety pay scales since 2014.

“Again, I said this is a necessary action because we are continuing to lose our frontline public safety law enforcement personnel,” the governor said in a news conference announcing her new orders Tuesday afternoon.  “And as fast as we are hiring them, it is just as fast as them leaving, in all areas, GPD, Guam Fire Department, DOC, Customs and Quarantine, Airport, all the other agencies that hire law enforcement.”

On top of the 18 percent increase at the end of January, public safety officer’s pay will increase two percent every year to avoid any unnecessary delays in updating the law enforcement pay structure.

Public safety officers within the following agencies that will be benefitting from the pay increase and pay structure:

The governor said she discussed with Senator Joe San Agustin, the legislative budget chairman, how the administration intends to rollout the pay increase.  Governor Leon Guerrero said of the salary increase plan, “The agencies will increase using their current fiscal year budget and should there be any shortfalls as a result, our administration will work with the various leaders and will work with Sen. San Agustin like I said, to make sure that this is included in the Fiscal Year 2023.  If there is(sic) any shortfalls during this fiscal year as a result of this, we will use funds within our discretion to make up for the shortfall.  So that is why it is not going to impact Fiscal Year 2022.

Lt. Governor Josh Tenorio said of the increase, “The legislature back in 2008 and then finishing their implementation in 2014, provided an across-the-board salary adjustment because of a crisis that had occurred at that time.  And here we are in 2021, and as the governor pointed out, salaries for law enforcement officers fell back again.  So much that law enforcement officers were being lost to the federal government and off-island.

“The law enforcement officers put their lives at risk for the people of Guam each and every day they get up and leave their families.  The kind of work that law enforcement officers do on a daily basis brings them in the face of danger.  And I just wanted to say that this pay policy that the Department of Administration has recommended, and that the governor has approved is going to be part of our program to retain our officers, tools for recruitment so that we can attract the best individuals, best Guamanians to serve the people of Guam.”

Teachers next to get pay raise

Mr. Tenorio added, “I’m very pleased that the governor, a few weeks ago, with the Department of Administration, kicked off a pay review study for the educators working in our Guam Public School System.  The governor started this effort addressing the retention issues that we’re faced with, with nurses working in the government of Guam.  It has continued with law enforcement officers and will continue now with the educators that are helping our children each and every day.”

The entirety of Executive Order No. 2022-01 is provided below: 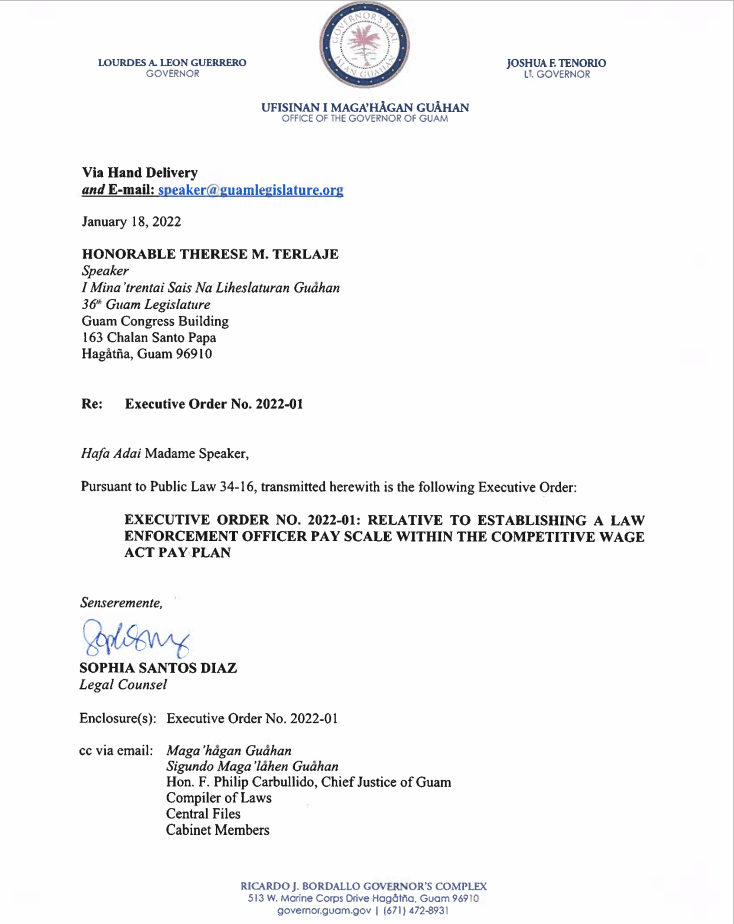 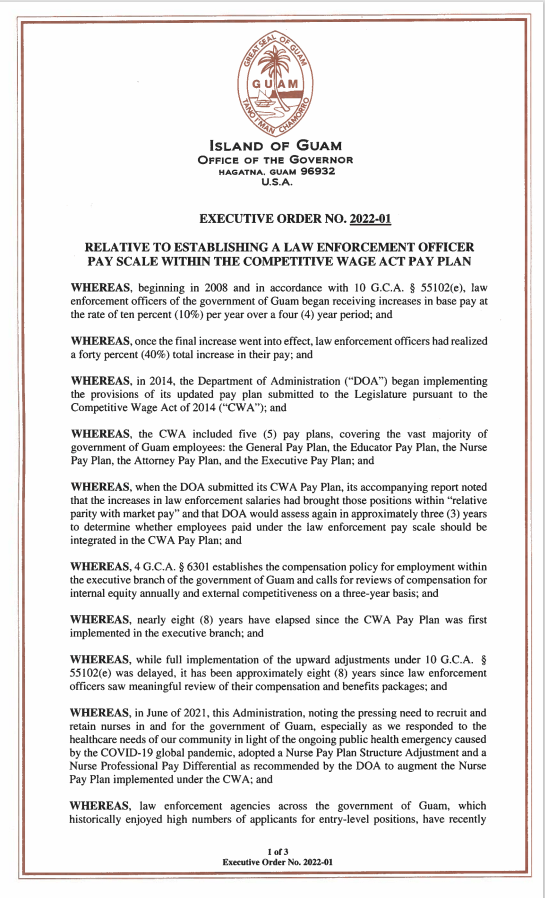 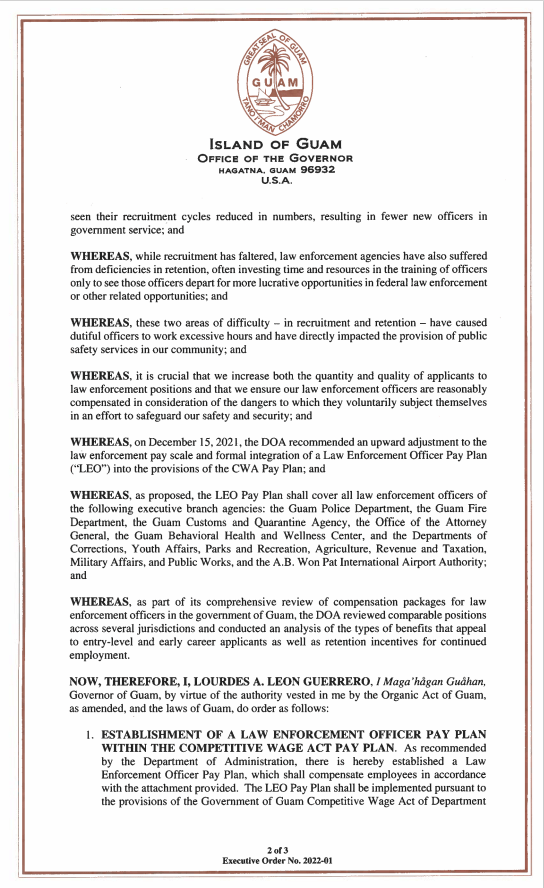 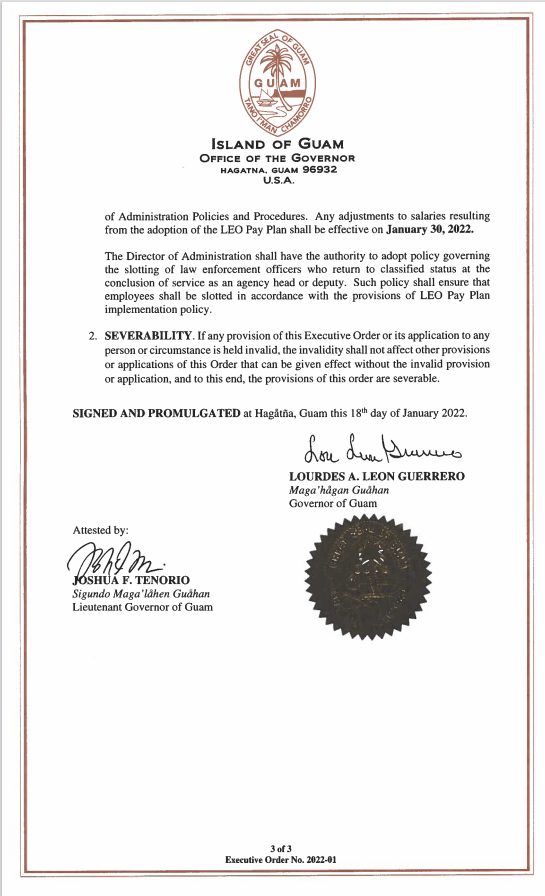