Gov. Lou Leon Guerrero has allocated nearly as much to the payment of bank credit card fees as she has to Guam Memorial Hospital, according to the latest disclosure of spending of federal American Rescue Plan Act (ARPA) funds.

Congressman Michael San Nicolas managed to secure about $600 million in funding for Ms. Leon Guerrero to use to help the people and government of Guam cope with the economic and budgetary crisis the prolonged pandemic has caused. According to federal law, Ms. Leon Guerrero has sole discretion over the use of the funds. Her silence on the details of the use of this money has tested Mr. San Nicolas’s patience, as well as that of Speaker Therese Terlaje, Sen. Jim Moylan, and others in the legislature.

The governor’s lack of communication on the uses of the money – enough to fund the majority of the government for an entire year, or to give you four tax refunds at one time – led to the legislature’s passage of a budgetary provision requiring she report the allocation and expenditure of these funds from time to time. On November 4, her budget director, Lester Carlson, Jr., submitted the latest report current to October 31.

In it, Ms. Leon Guerrero has so far allocated only $135 million out of the total and expended $105 million, mostly on public and business-assistance programs thus far. She dedicated and spent $7.2 million on GMH, and nearly the same amount – $6.4 million – on credit card fees.

According to the report, the governor also dedicated $165,000 in federal coronavirus relief funds to the Commission on Chamoru Language. Apparently, the coronavirus pandemic and the economic chaos it has wrought is killing the language.

The governor has previously stated she is committing $300 million as a down payment on the construction of a would-be $1 billion medical campus that will include a new hospital, public health headquarters, and behavioral health center. Mr. San Nicolas, worried that the tying up of the ARPA funds on a faraway project would deprive families and businesses of needed economic relief, managed to work in language in the president’s infrastructure bill that would provide Guam $345 million for construction of the new hospital.

Guam’s congressman has been critical of the governor’s non-disclosure of funding plans for the ARPA funds, and her resistance to use the funding to help Guamanians bridge the economic turmoil from the ending of unemployment aid to a more-recovered tourism economy. 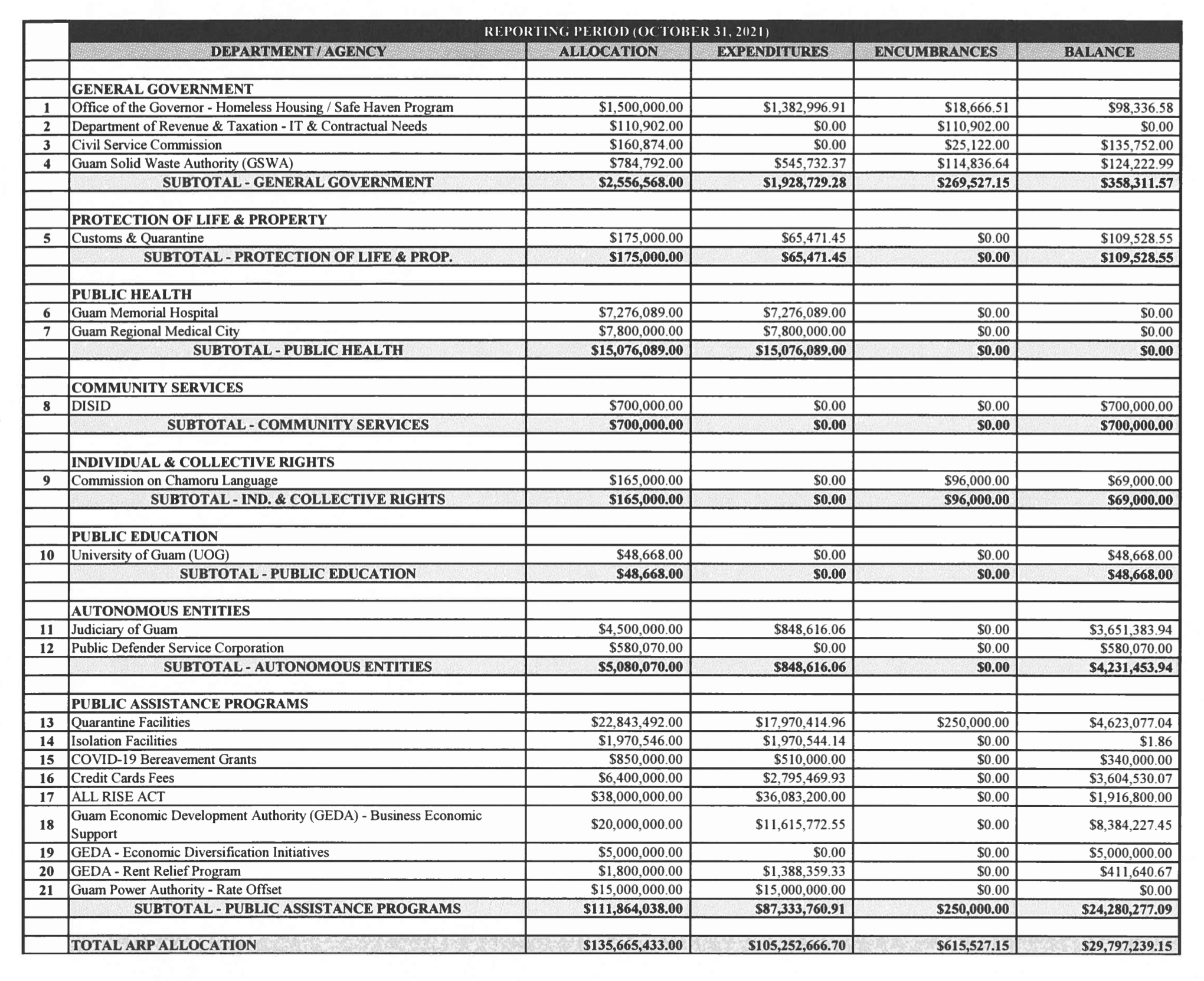