A 75-year-old woman went into the hospital in Saipan with a bladder infection, contracted coronavirus, died alone, and her son did not know until 12 hours after she died. And it wasn’t a hospital official who told him, either. It was his aunt, who called to ask why he didn’t tell her her sister had died.
Coronavirus has changed the way people in the Mariana Islands have had to deal with sickness and death. We are accustomed to stay by the bedside of loved ones in the hospital, holding their hands so they do not slip from this earth by themselves. COVID-19 changed that. The standard, not just in our islands, but seemingly throughout the country, is for hospital personnel attending to a dying coronavirus patient to Zoom in the patient’s family to say their goodbyes. They die alone in a cold hospital bed, but at least there is the hope their spirits are lifted from their ravaged bodies with the voices of their loved ones.
“No one called,” Lawrence Camacho told Kandit. “No one told me she was going to die. No one told me she died when she died.” 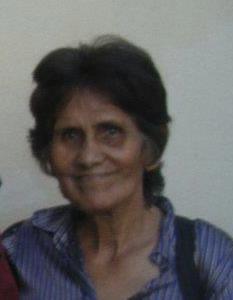 Mr. Camacho brought his mother, Ursula Taman Camacho-Tinio, to the hospital Saturday.
“I spent my whole day with my mom,” he said. “She wasn’t feeling good; she was dehydrated, so I took her to the hospital. She looked weak. The ER doctor told her, ‘you’ve got a bladder infection,’ and so he gave her antibiotics and sugar. As we were waiting there to be discharged the doc came back and said she had COVID. I was tested and didn’t have it, so they kept her there and sent me home. The next day, I woke up and there was no call. I called the hospital seven times and no one answered and no one returned any of my calls. So I went there, and the nurse told me, ‘she’s okay, she’s doing good.’ So I asked her if they can please call me if anything changes, and she said, ‘okay.’ The following day, Monday, I got no call. I was at work and I even told my boss I need to take some personal time off maybe to take care of my mom because I wasn’t sure what her condition was but I need to spend more time with her. And then when I was getting off work, I get a call from my aunt. And she asked me why I didn’t tell her that my mom – her sister – died. I didn’t even know until then. She died at 2:50 a.m. that day – 12 hours earlier; and no one called me. I never got a chance to say goodbye.”
Mr. Camacho has been asking hospital personnel why he wasn’t called before his mom died, and then within a reasonable time before she died.
“I was told that there was a shift change and that the attending doctor didn’t catch it, but no one is telling me anything beyond that,” he said. He told Kandit he is being denied information about the circumstances surrounding his mother’s sudden death, or to be notified of her official cause of death.
“I’m not getting anything, I haven’t gotten anything,” he said in response to Kandit’s request to see his mother’s death certificate or document showing her cause of death.
The grieving son is seeking answers.

“We take these concerns seriously and we had reached out to the family,” Commonwealth Healthcare Corporation CEO Esther Muna said about the incident. “All patients and consumers have the right to express their concerns or suggestions or file a formal grievance about their medical care and treatment by CHCC staff and administration without restraint and fear of discrimination or reprisal. The matter was immediately investigated. We have reviewed and revised internal policies related to the matter.”
257
Share
FAVORITES
By Troy Torres Posted on: Thursday, 01/06/2022 5:49 PM CNMI Health 1 comments
257