Legislative sources in the Commonwealth say the Senate may begin the impeachment trial of Gov. Ralph Torres the day after Easter Sunday.

According to a memorandum dated April 13, Senate President Jude Hofschneider has called the Senate into session from April 18 – 29.

“They’re rushing this trial before anything happens on the criminal side,” a source said, referring to Torres’s Senate cronies.

Senators typically aligned with Torres – Senate President Jude Hofschneider, and Senators Karl King-Nabors, Victor Hocog, Vinnie Sablan, Justo Quitugua, and Francisco Cruz – have been blocking the attempt to remove the governor from office.
These senators ramrodded impeachment rules bent heavily in the governor’s favor, and later found to have been constructed with the help of the governor’s own attorney. Upon public exposure of the misconduct by the Senate, Mr. Hofschneider shifted his group’s political posture and arbitrarily rejected the House impeachment record, which contains all the evidence against Mr. Torres.
The trial now will proceed without any admission of evidence, giving Mr. Torres the opportunity to move for the dismissal of all articles of impeachment against him with prejudice. If that happens. that means the Senate will keep Torres in office without a trial, and will not accept any articles of impeachment by the House that allege the same charges against Torres.
The seats of five of the six Torres senatorial cronies are up for election this year (Sablan is Torres’s running mate), making it critical for this group to give voters as good of reason they can conjure for nixing the impeachment of the governor as quickly as possible.
“They’re running out of wiggle room,” the source said. “The criminal charges against the governor by the AG tightened the noose around these guys. They know they have little time left to wash their hands of all this, especially with all the talk about federal indictments as well.” 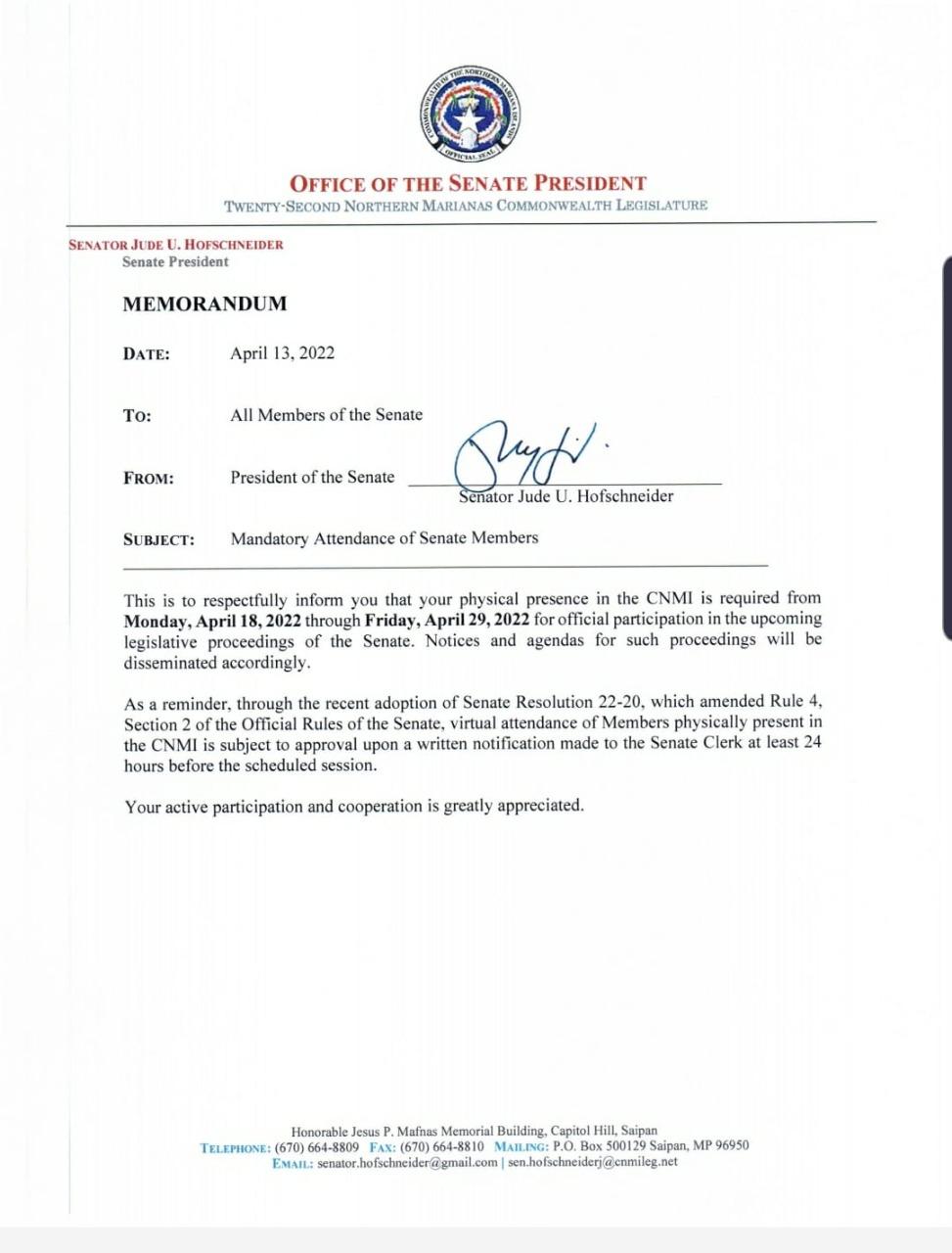