Speaker Edmund Villagomez has officially requested Attorney General Edward Manibusan to prosecute Gov. Ralph Torres for contempt of the Legislature. Contempt is a crime, according to 1 CMC §1306.

According to the law, the CNMI House Judiciary and Governmental Operations Committee’s unanimous vote to hold the governor in contempt for failing to appear according to his subpoena, followed by Mr. Villagomez’s certification of the contempt to the attorney general, will lead to Mr. Torres’s criminal prosecution. The law is prescriptive at 1 CMC §1306(b): 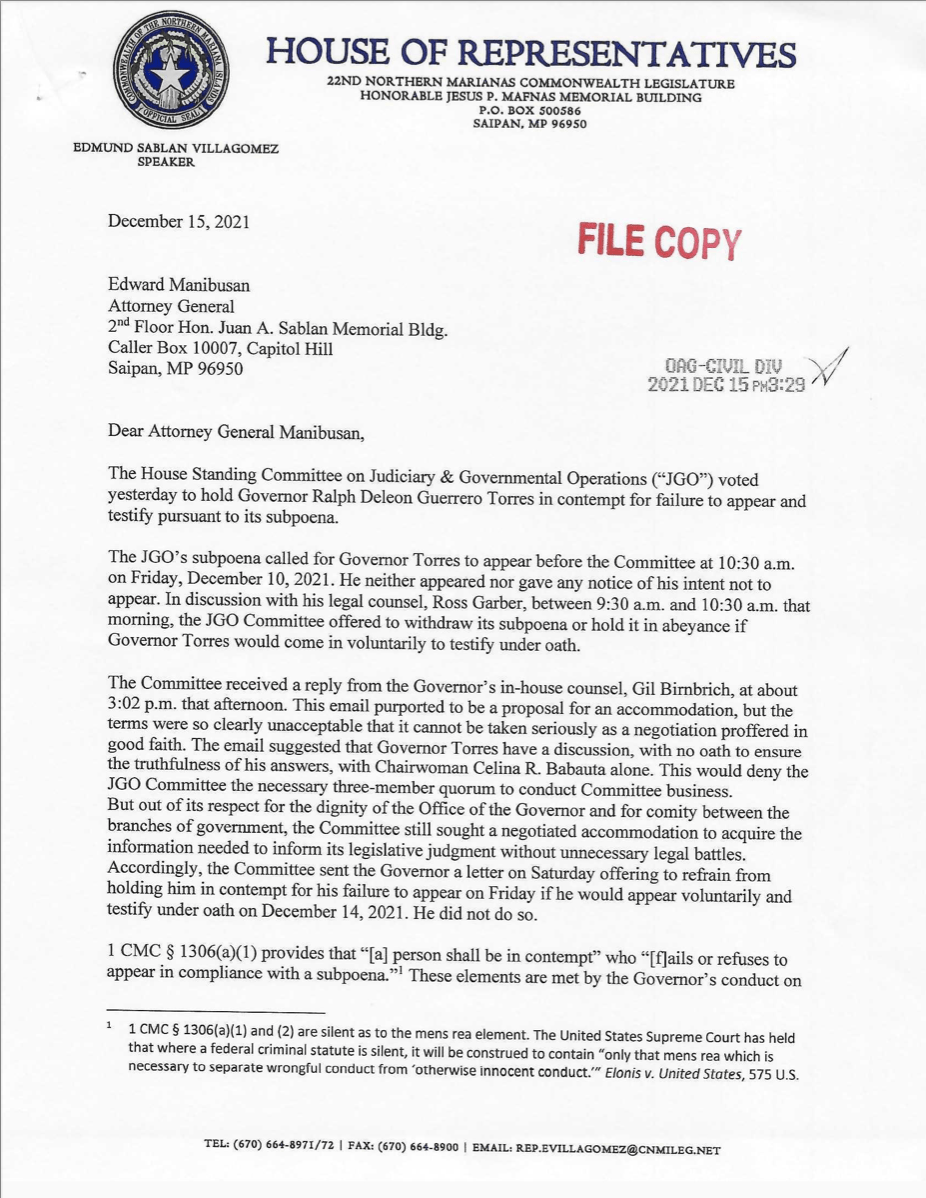 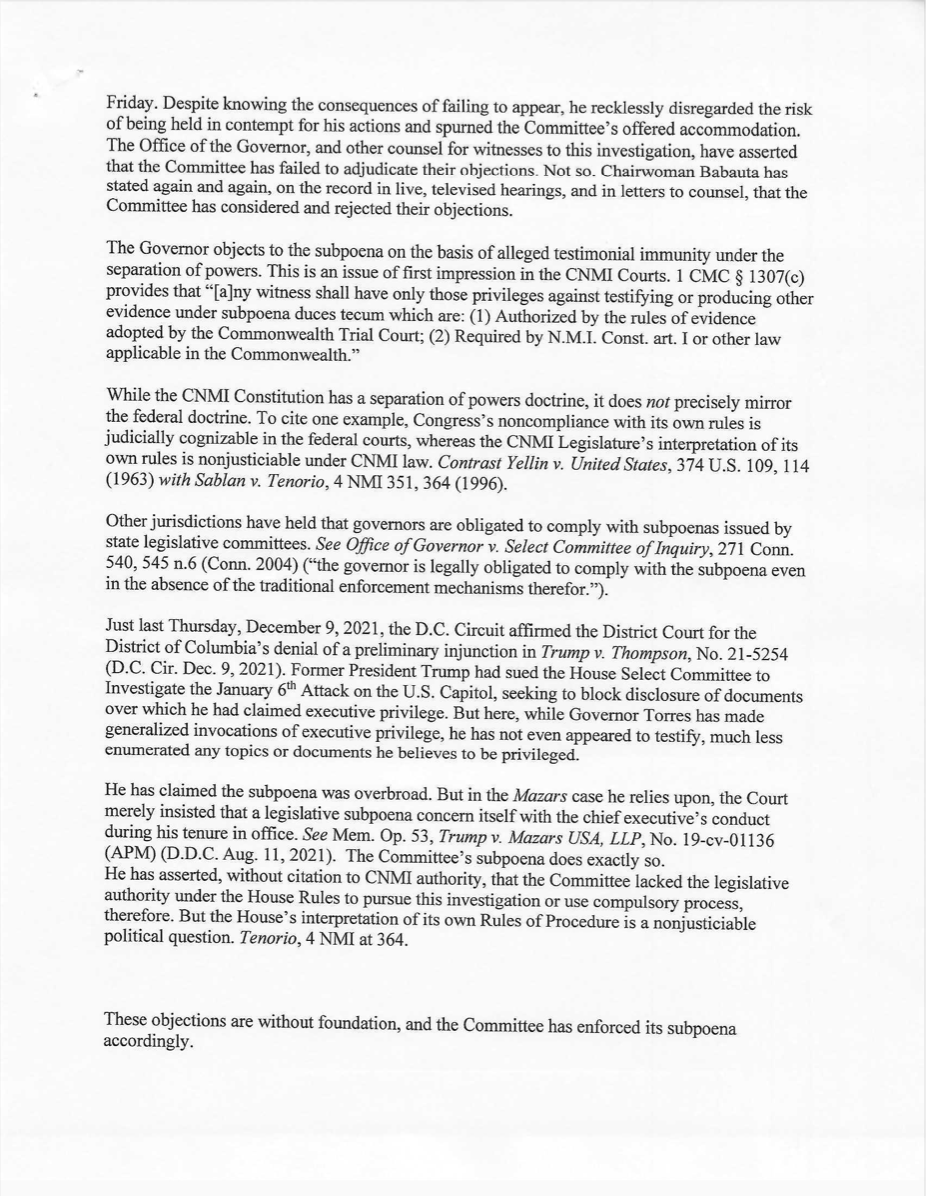 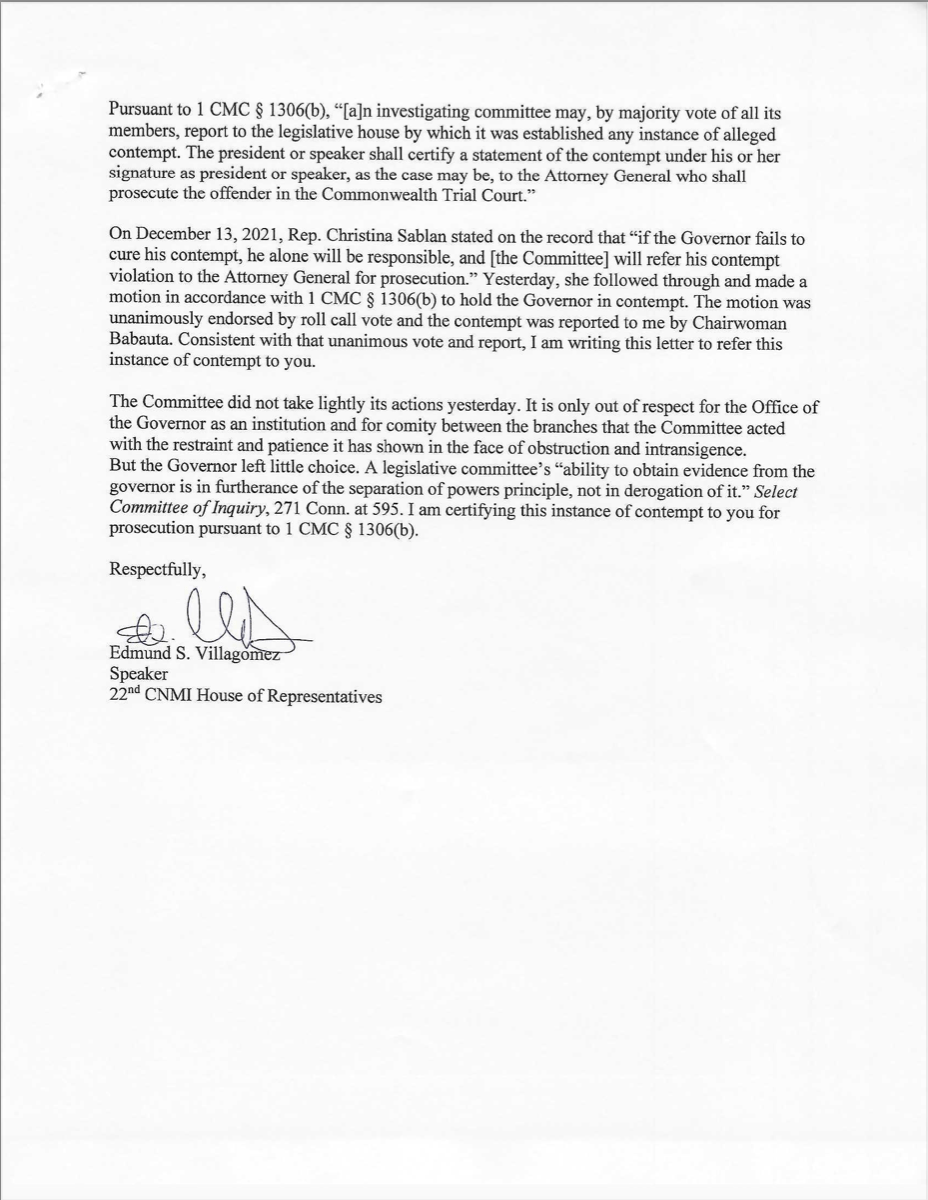