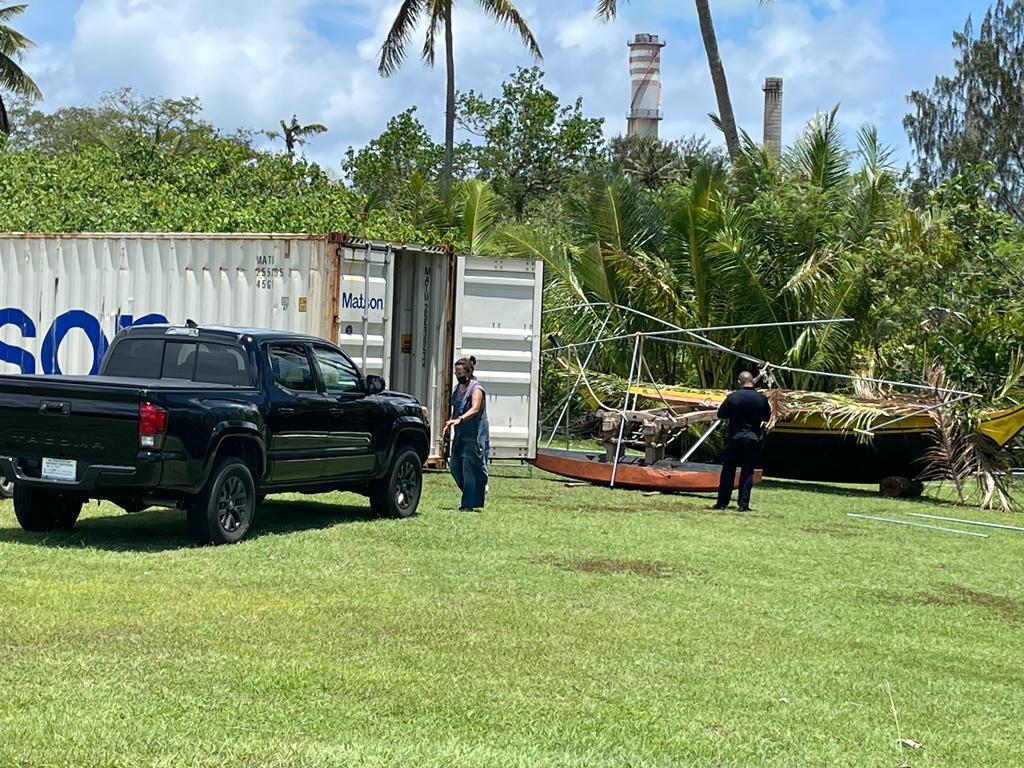 Thieves broke into a shipping container at Santos Park in Piti and vandalized a tent near priceless artifacts brought to Guam from Yap. Thankfully, the criminals did not damage the artifacts.

“The canoe was not vandalized,” Piti Mayor Jesse Alig confirmed after inspecting the area on a tip the crimes happened. “They broke into the container and stole equipment, broke the canopy and took the tarp.” Mr. Alig called police to file a report.

Guam P0lice Department officers responded within minutes of the call.

“The investigating officer responded, and report[ed]: No cultural artifacts or the voyaging canoe were vandalized according to [a] reporting person,” GPD spokeswoman Berlyn Savella said. “A theft of property [report] was initiated, which identified several power tools and other materials were stolen from a container used as storage. The investigation is on-going.”