The following is from a news release from the Office of Senator Mary Torres: 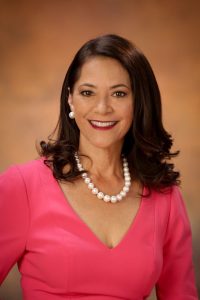 A local law authored by Senator Mary Camacho Torres to terminate the parental rights of rapists has resulted in more than $70,000 of additional federal funding for Guam, as well as an additional $280,000 over the next four years, according to the Governor’s Community Outreach Federal Programs Office (GCOFPO) today.

Introduced by Torres in 2019, PublicLaw 35-91 terminates the parent-child relationship of a parent if they are found by “clear and convincing evidence” of committing sexual assault resulting in the conception of the child. Prior to Torres’ introduction, rapists were free and clear to pursue custody or visitation rights so long as they were not deemed an unfit parent.

Under the Rape Survivor Child Custody Act (U.S. Public Law No. 114-22), U.S. jurisdictions with laws that allow parental rights termination under the clear and convincing standard are eligible for additional funds in their Stop Violence Against Women (STOP) and Sexual Assault Services (SAS) formula awards.

“No victim should be forced to raise their child alongside their attacker,” said Senator Torres. “This increase in federal funding shows the Department of Justice agrees. I thank Governor Leon Guerrero for signing this important legislation, and pray Guam’s survivors and service providers will receive the critical support they need.”