The Guam Police Department is seeking the assistance from the community relative to two (2) individuals wanted for question by police in reference to an ongoing shooting investigation. 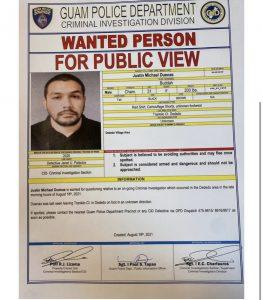 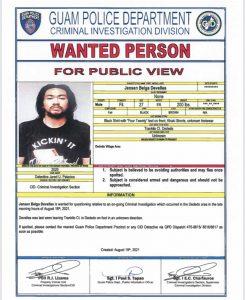 Both Justin Duenas and Jensen Develles are considered to be armed and dangerous and should not be approached.

Anyone with information as to the whereabouts of Justin Duenas and Jensen Develles are encouraged to call the Guam Police Department Dispatch at 472-8911 or 475-8615-7.

Information can also be submitted anonymously through the Guam Crime Stoppers at guam.crimestoppersweb.com. All tip information will remain completely confidential and a cash reward of up to $1000.00 could be paid if the information provided leads to an arrest and a grand jury indictment.
###