Home >> Will Gov. Ralph Torres be removed from office today?

Will Gov. Ralph Torres be removed from office today? 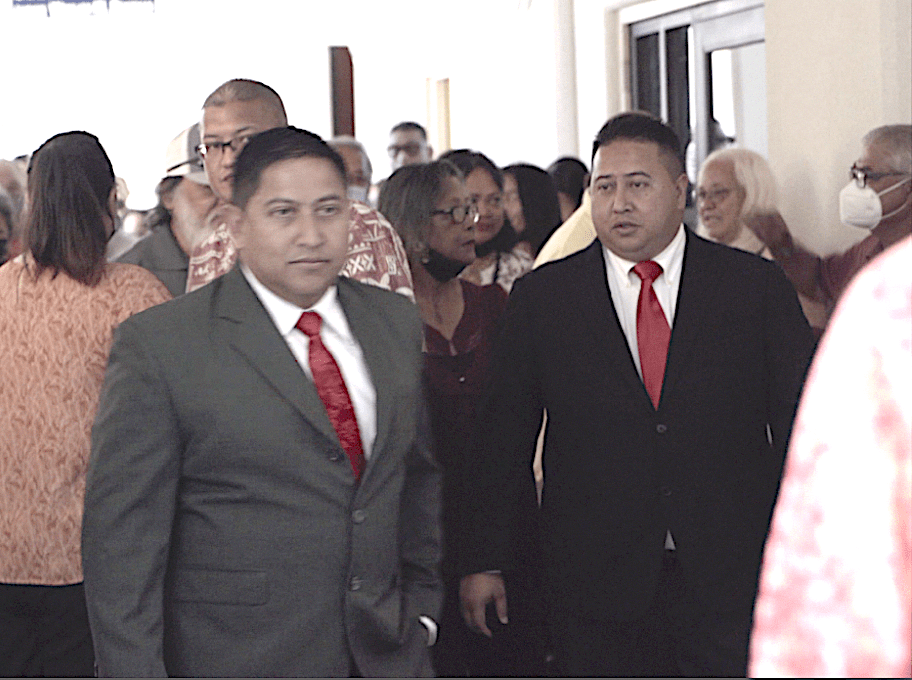 At 1:30 p.m., seven of the Commonwealth’s nine senators will convene to vote on six questions no senator before them has ever faced:

If six of the senators vote ‘yes’ to convict the governor on any of the six articles, Mr. Torres will automatically forfeit his office, Lt. Gov. Arnold Palacios will become the governor, and Senate President Jude Hofschneider will become the lieutenant governor.

Mr. Torres also will be disqualified from running for office, leaving his running mate, Sen. Vinnie Sablan, out in the political wind. Mr. Sablan and fellow Saipan Sen. Justo Quitugua have been recused from voting on the matter, though both participated in the promulgation of the impeachment trial rules.

The trial ended after only two days of presentation of testimony and evidence from only one side of the trial: the defense. Mr. Hofschneider forbade both the participation of prosecutors and the entry of evidence from the House of Representatives.

The governor’s potential removal from office is undergoing intense litigation, with three lawsuits launched on both sides demanding justice.

What may be a death knell was the dismissal of one of those lawsuits by Judge Pro Tempore Timothy Bellas late Tuesday: Mr. Torres’s attempt to quash the subpoena the House Judiciary and Governmental Operations Committee served on him and by which he failed to abide.

The House then held him in contempt of the legislature for failing to appear as commanded by the subpoena. That event led to the sixth and final article of the impeachment. Mr. Torres attempted to quash the subpoena, thereby rendering the sixth article a nullity.

Instead, Judge Bellas dismissed Mr. Torres’s suit, legitimized the subpoena, and made it that much more difficult for the governor’s supporters in the Senate to vote ‘no’ on the sixth and final article.

Kandit will cover the event live.